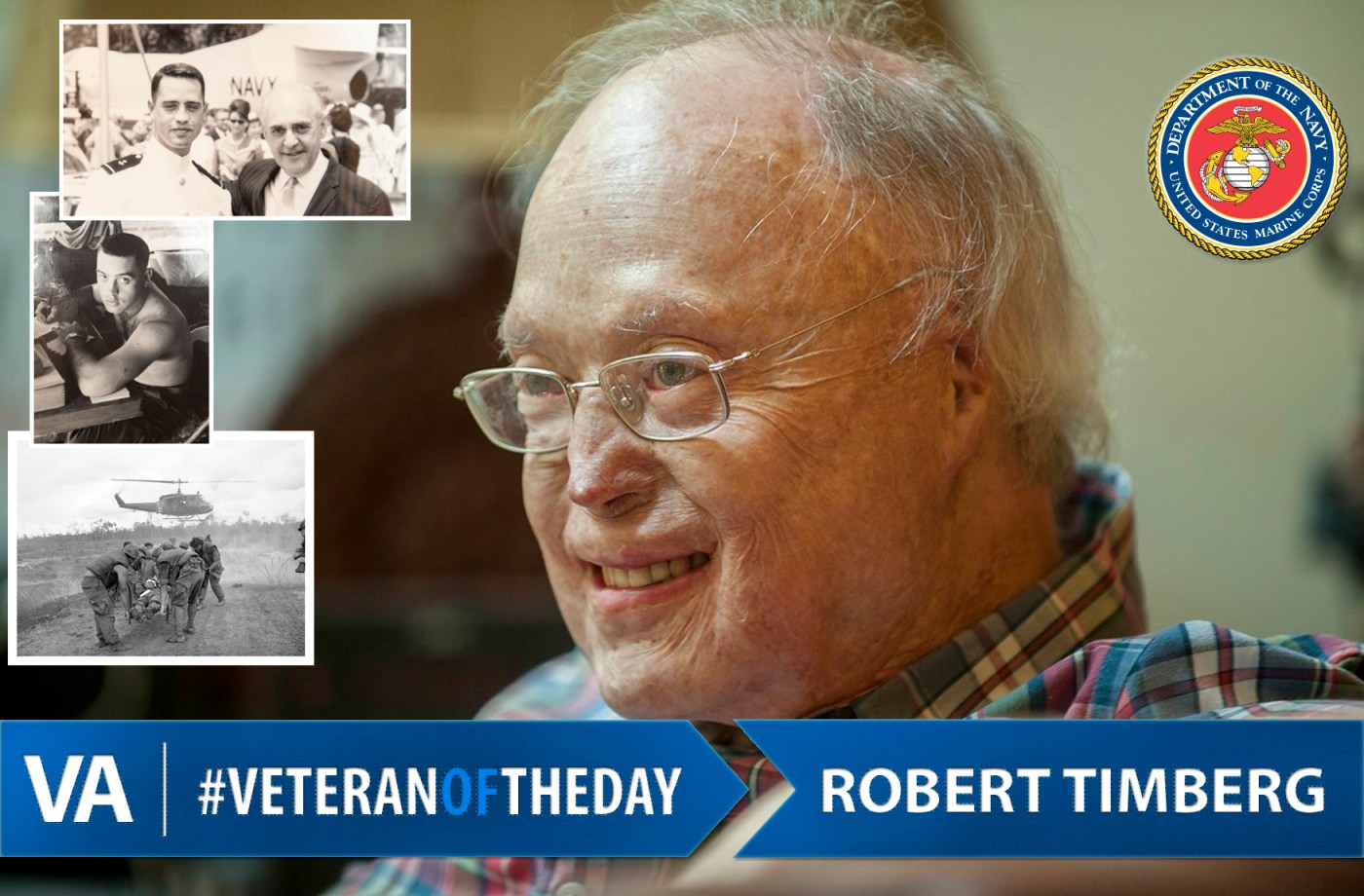 Robert Timberg was born in Miami Beach, on June 16, 1940. His parents divorced early in his childhood, and Robert and his two sisters moved with their mother to New York City, and settled in Queens where he graduated from high school. He graduated from the Naval Academy in 1964.

After Robert joined the Marine Corps, he was deployed to Southeast Asia in 1966, where he served for more than a year. On Jan. 18, 1967, just 13 days before he was due to return home, Robert was ordered to ride to Bravo Company’s 2nd Platoon to deliver the soldiers’ pay certificates. Robert suffered severe burns after his vehicle, an Army APC containing nearly 500 gallons of gasoline, rolled over a land mine near Da Nang. Robert endured over 30 operations after his injury, most of them at a naval hospital in San Diego.

Following his discharge, Robert studied journalism at Stanford University. He started working as a journalist for the Annapolis Evening Capital in 1970. In 1973, Robert began working for the Baltimore Evening Sun. After completing a one-year Nieman Fellowship at Harvard University from 1979-1980, he took a job as a congressional reporter for the Baltimore Sun in 1981. He later became the Sun’s White House correspondent during the Reagan administration, and was promoted to deputy chief of the paper’s Washington bureau.

Robert won he Aldo Beckman Memorial Award for excellence in White House reporting in 1986. He also became a fellow at the Woodrow Wilson Center for International Scholars. Robert retired from the Sun in 2005. He then took a position as editor-in-chief of Proceedings, the Naval Institute Press magazine, which brought him back to Annapolis, where he lived for the remainder of his life.

Robert wrote “The Nightingale’s Song” (1995), a book about the Vietnam War. In that book, he profiled the paths of his fellow Naval Academy graduates, including Senators John McCain and Jim Webb. He also wrote a biography of McCain, published in ’99, and “State of Grace,” a book about his childhood years, published in ’04. In 2014, Robert published a memoir, titled “Blue Eyed Boy.”