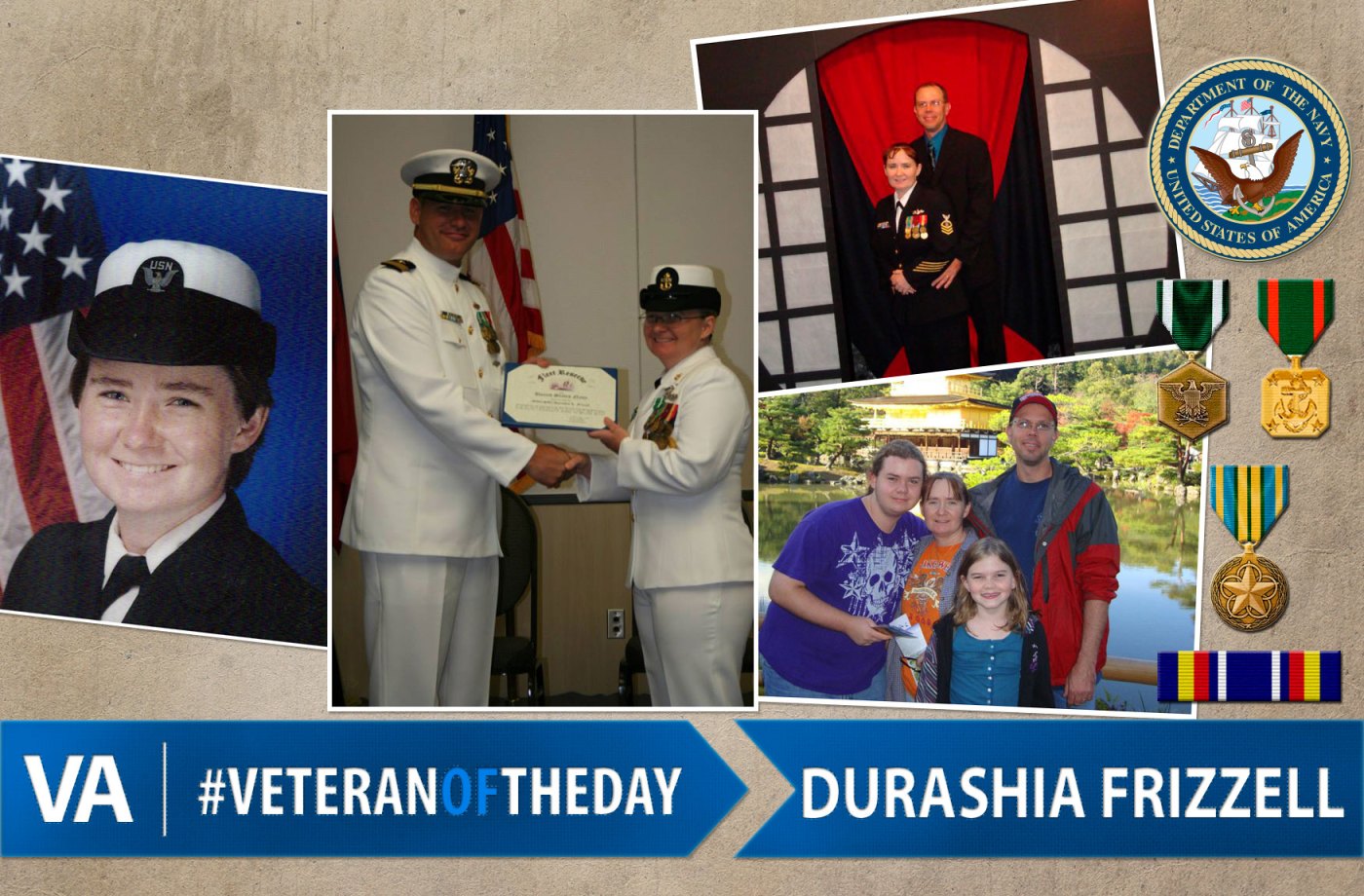 Button joined the Navy in 1989 as an electrician.

She was first stationed at Naval Station Philadelphia and the U.S.S. Forestall aircraft carrier.

In 1998, she attended the Law Enforcement training academy at Lackland Air Force Base and was made a Master at Arms.

While posted at Naval Air Station Keflavik, Iceland she served as a Watch Commander, Security Admin Supervisor, and Career Counselor; and received recognition as Sailor of the Quarter.

In 2003, she was assigned to Naval Technical Training Center Lackland, Air Force Base where she worked as an instructor for Law Enforcement Training Academy. She was recognized as Instructor of the Quarter.

Her final duty station was NAS Corpus Christi where she deployed for a year to JTF GTMO Detainee Operations and retired after 24 years of dedicated service.

Button is currently employed with Texas Veterans Commission as an Employment Representative. She plays a vital role in assisting veterans with transitioning into civilian employment after leaving the military.

She also played an important role in the creation of Women Veterans of the Coastal Bend.

Thank you for your service, Button!