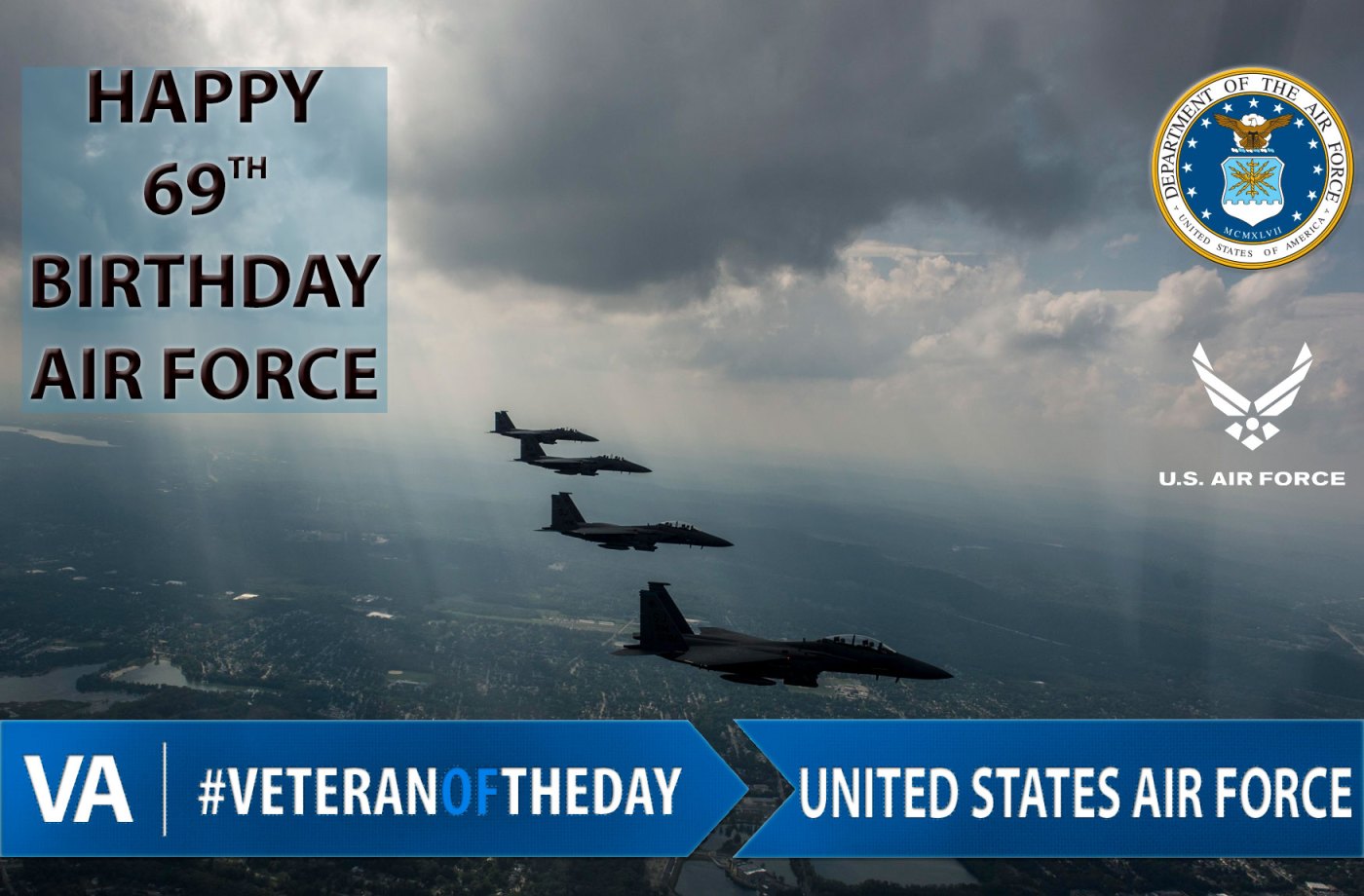 Today we recognize all Veterans of the United States Air Force.

In 1947, President Truman signed the National Security Act which established the Air Force as its own defense organization and making it an independent service. The official birthday of the Air Force is 18 September 1947.

Happy birthday, Air Force! Thank you to all members of the Air Force, past and present, for your dedicated service and commitment to safeguarding our freedom.