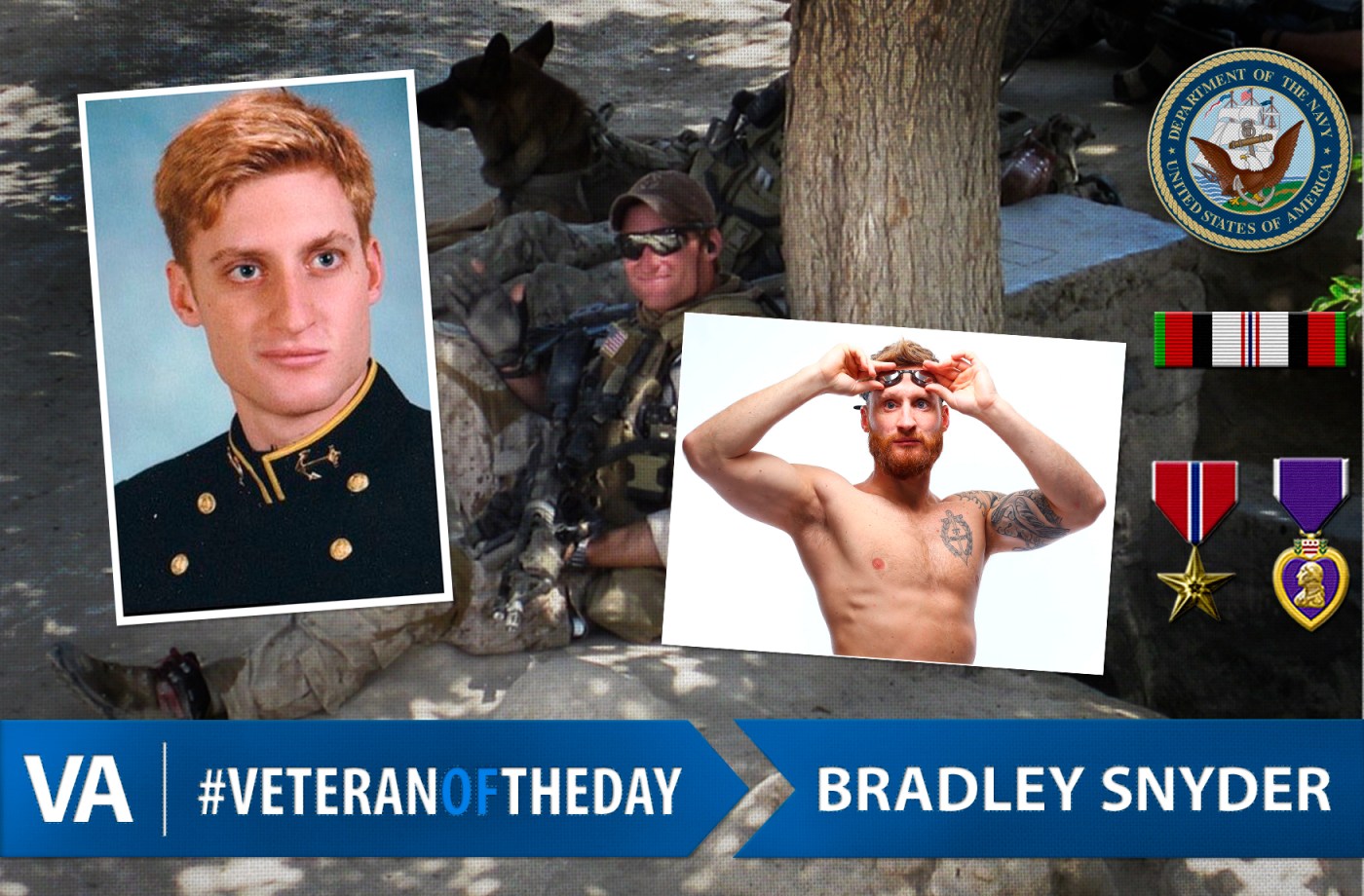 Today’s #VeteranOfTheDay is Bradley Snyder. Brad began his military career when he graduated from the U.S. Naval Academy with a degree in Naval Architecture. He completed Navy Dive School, Explosive Ordnance Disposal School and the Army’s Airborne school before being assigned to Charleston, South Carolina.

Brad deployed to Iraq in the fall of 2008 and to Afghanistan in the spring of 2011. After six months of assault operations, Brad was severely injured when he functioned an improvised explosive device that was buried in the ground. He suffered complete vision loss as a result of his injury.

Brad was the swim captain during his final year at the Naval Academy, and as a part of the rehabilitation process he returned to the pool. After a few short months of training, he was able to earn a spot on the U.S. Paralympic National Team for swimming. At the 2012 Paralympic Games in London he competed in seven events, winning two gold medals and a silver medal.

Brad medically retired from Naval service in the fall of 2013. He competed in the 2016 Rio Paralympics where he won the most U.S. medals with three gold and one silver, breaking a 30-year old world record for the 100-meter freestyle in the process.

Thank you for your service, Brad!