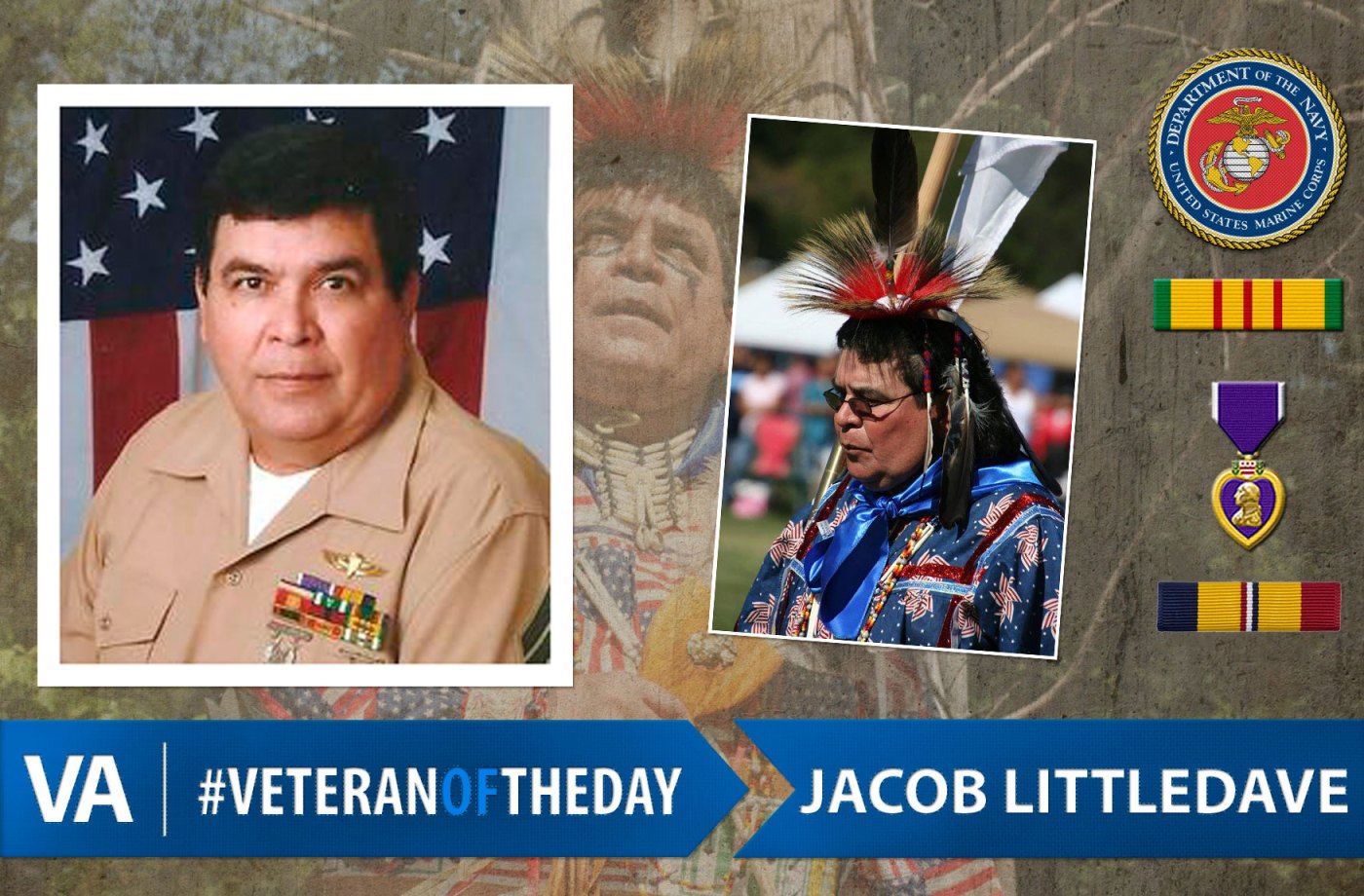 Jacob served in the United States Marine Corps from 1968 to 1974. He served two tours in Vietnam and was awarded two purple hearts. After leaving the service with an honorable discharge and the rank of sergeant, Jacob pursued a career in law enforcement. He was a member of the Kern County Sheriff’s Search and Rescue and went on to become a reserve deputy sheriff. Jacob worked for the sheriff’s department from 1975-1982. He moved back home and continued his law enforcement career working for the federal government as a federal police officer until his medical discharge in 1998.

Jacob remained active in his community helping veterans, working at Air Show Oklahoma, later becoming the associate director, he volunteered at the Muskogee Civic Center for 5 years assisting visitors and businesses with various functions at the center. Jacob produced three shows; U.S. Veterans Show and Revue, paying tribute to our veterans and continued his work helping veterans by becoming a Tribal Veterans Representative for his tribe, the united Keetoowah Band of Cherokees in Oklahoma.

Jacob recently passed away. We honor his service.