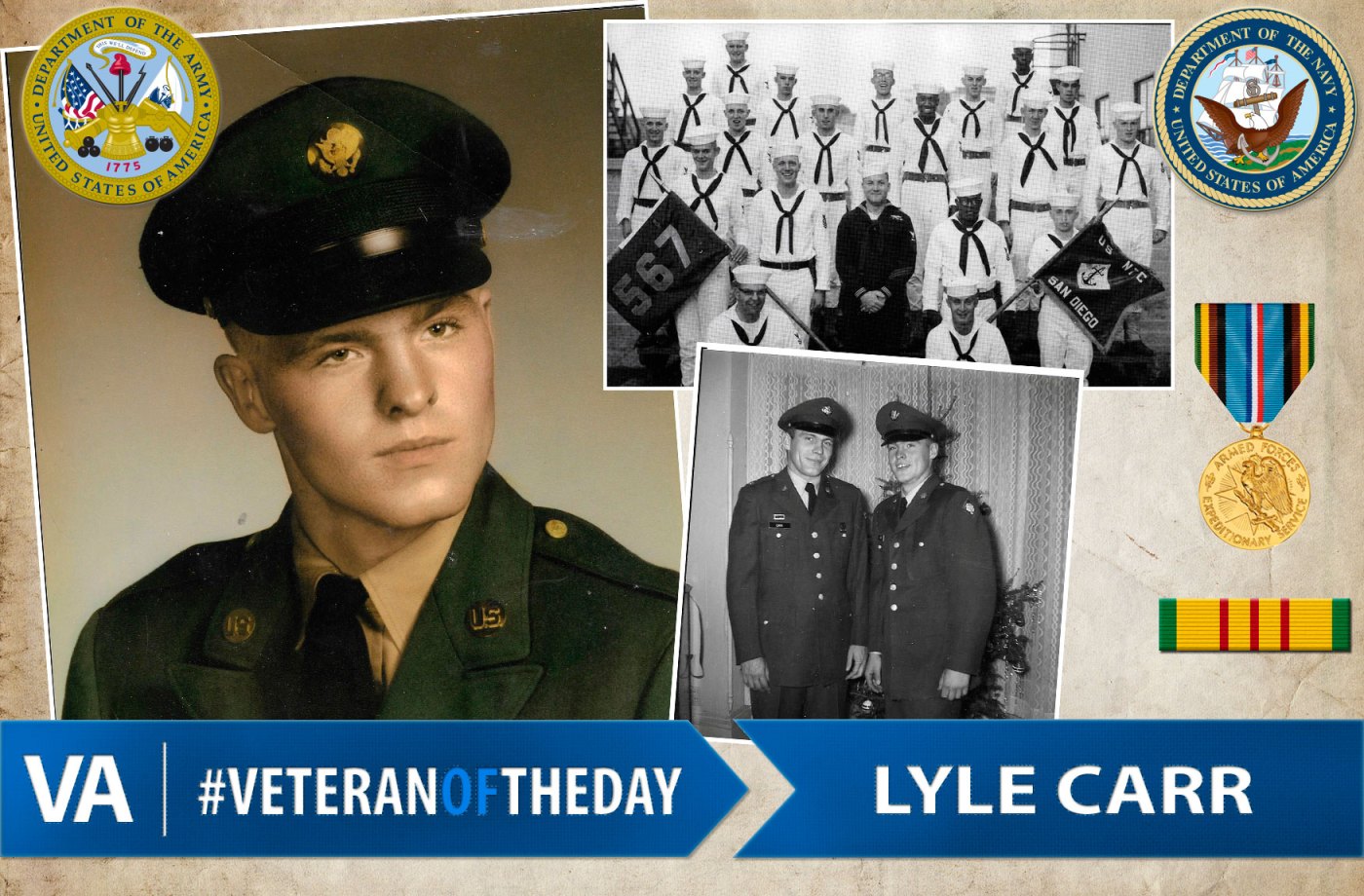 Lyle was 17 when he joined the United States Army. During his service he spent time at Fort Carlson, Colorado; Fort Hood, Texas; Fort Sill, Oklahoma; and Fort Dix, New Jersey. He was posted in Germany for 31 months serving as a driver and attended mechanic school.

In 1963, he enlisted in the Navy. He made two trips to Vietnam picking up Marines and equipment. He came back and was transferred to the USS Page. He went on to become a ship fitter, welder, and metal smith.

After being discharged from the Navy, he became a blacksmith in Minnesota until his retirement.

Lyle will tell you that the hardest job he’s ever had “was when he became a dad and a grandpa.”

Thank you for your service, Lyle!