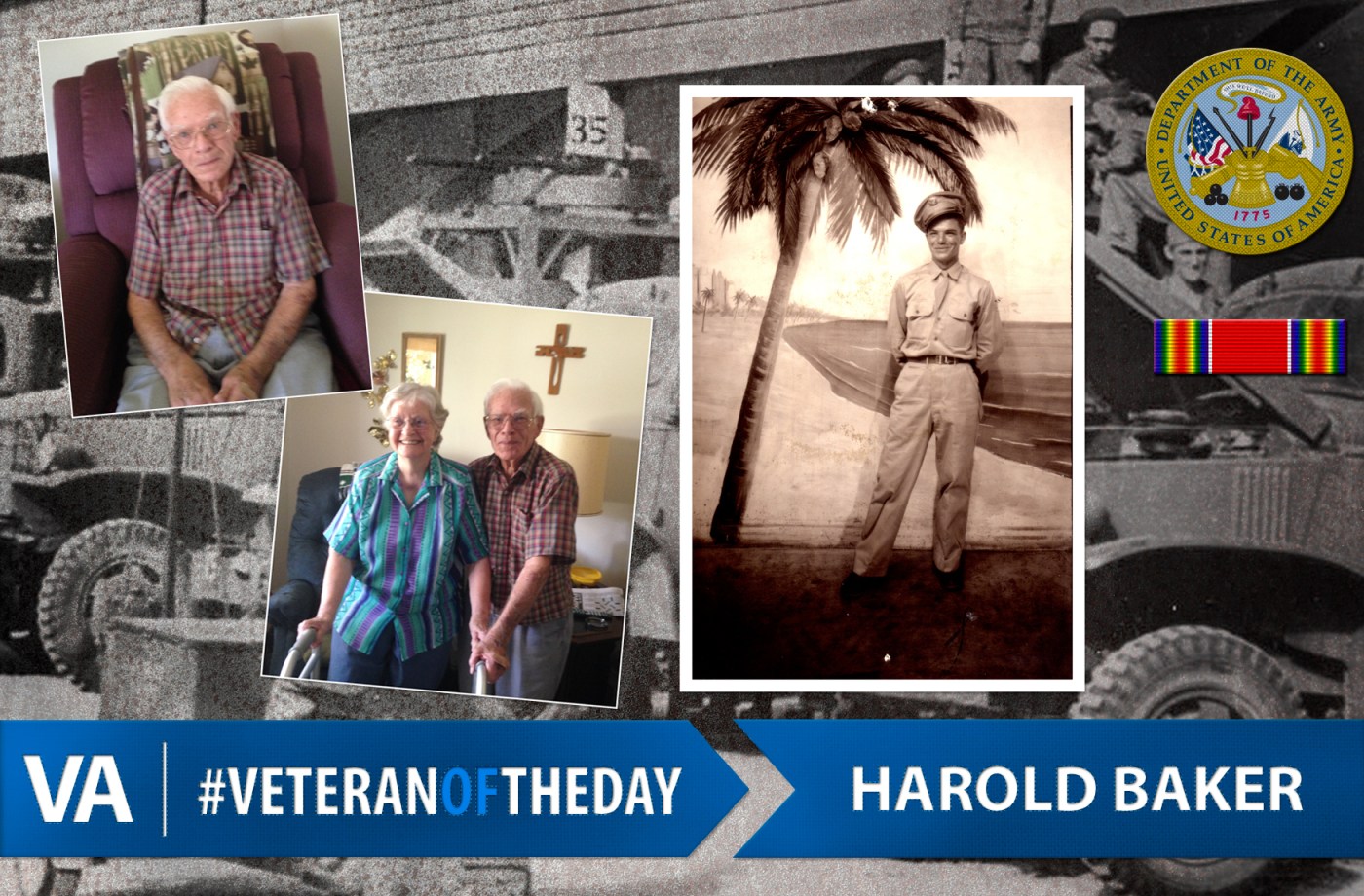 Today’s #VeteranOfTheDay is Army Veteran Harold Baker. Harold was selling magazines door-to-door when World War II started. He quit that job and traveled home to West Virginia to visit his parents and register for the draft. While visiting his family he met the girl next door, 15-year-old Sandy, and told his sister that he had just met his future wife.

Harold was drafted in 1942, enlisted in Columbus, Ohio, and took four weeks basic training in Miami Beach, Florida. He went to Aberdeen, Maryland, and trained as a welder before going to San Louis Obispo, California, for weapons training. After short stints at various locations in the USA including Texas, Louisiana and Mississippi, one year after being drafted he traveled by ship to East Liverpool, England then to Blackpool, England with the Air Corps where he served for the next eight months.

He was then transferred back to Ordinance Corps in Stone, England, to weld big guns. Harold was promoted to sergeant and shipped to the Mediterranean for a month in Cairo, Egypt. He was shipped from Cairo to the Russian border to work in the Air Corps motor pool as a mechanic and dispatcher in support of the B-24 Liberator, the XB-51 and B-17 Flying Fortress aircraft, which in each case were methodically bombed and destroyed by German bombers. German aircraft frequently made strafing attacks of the airfield and train tracks. Harold is proud of the fact that his unit had only one casualty during these events.

Harold spent his 23rd birthday in Casablanca during his way home in 1945. At his arrival in New York, his fondest memory was being able to drink all the milk he wanted. He was assigned to Aberdeen, Maryland. He took leave and met Sandy, who was working in the District of Columbia, for their first official date, where he ate his first steak in a very long time. After 30 days leave and marrying Sandy he was discharged.

Harold worked in the steel mill industry until his retirement. Harold and Sandy were married more than 70 years until her recent passing. He proudly displays his Honorable Service Lapel Pin, “Ruptured Duck,” on all appropriate American holidays.

Thank you for your service, Harold!