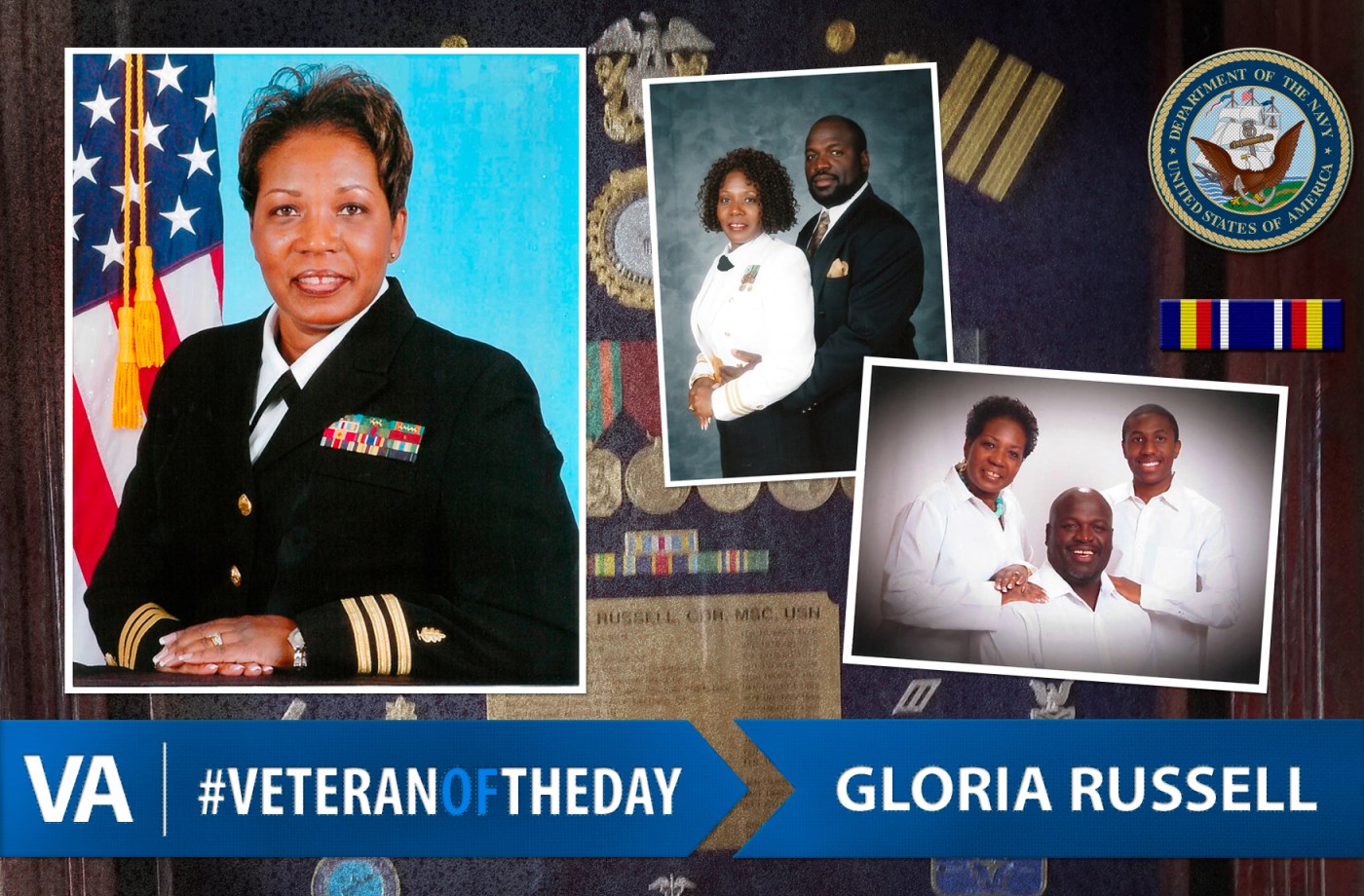 Gloria was born in Kansas City, Kansas, and raised in Kansas City, Missouri. Following in her father’s footsteps of being a sailor, Gloria enlisted in the Navy Jan. 12, 1978.  She went to basic training in Orlando, Florida, and from there on to Hospital Corpsman “A” School in Great Lakes, Ilinois.  Her first duty station was at the Naval Hospital Portsmouth, Virginia where she worked in the pediatrics clinic.  In November 1985, she attended Advanced Laboratory School at the Naval School of Health Science in San Diego, California.  This led to her first major leadership assignment at Naval Hospital Millington, Tennessee, as a section leader for hematology and urinalysis.  During this tour, Gloria, became the first African-American female selected as the Sailor of the Year for the Command in 1988, while acquiring her associate’s degree in medical laboratory technique from George Washington University and her bachelor’s degree in healthcare management from Southern Illinois University.

She was selected for commissioning in 1989 in the Medical Service Corps as a healthcare administrator, and her first assignment was at the Naval Hospital Guam holding positions in the fiscal department, the public works department and became the assistant department head of the operating management department.

She attended Officer Recruiter School with assignments at Navy Recruiting District in Houston, Texas, and was the medical programs officer for area eight in Oakland, California.  She later attended Fiscal and Material Management Training School with a follow-on tour at Naval Hospital Beaufort, while earning her master’s degree in management from Webster University.  Shortly after receiving her degree she accepted orders to Naval Hospital Okinawa.

In 2004, she took the helm as the officer in charge of the Branch Health Clinic, Fort Worth, Texas.  In December 2007, she became the head of materials management at the Naval Medical Center San Diego, California.  She was also the designated senior logistician for Tricare regions nine and 10.  Gloria retired from the Navy September 10, 2009.  Throughout her 31 years of military service, she had a total of 18 duty stations.

Gloria currently resides in Fort Worth, Texas with her husband, Tommie senior, and their son, Tommie, junior.  Just as she faithfully served in the Navy, Gloria continues to faithfully serve in her community.  She volunteers with the Citizens on Patrol program and in leadership at the hospital ministry, filling in as the water aerobics instructor.  She is currently studying for her group exercise instructor certification that will get her closer to her dream of teaching cycling.

Thank you for your service, Gloria!