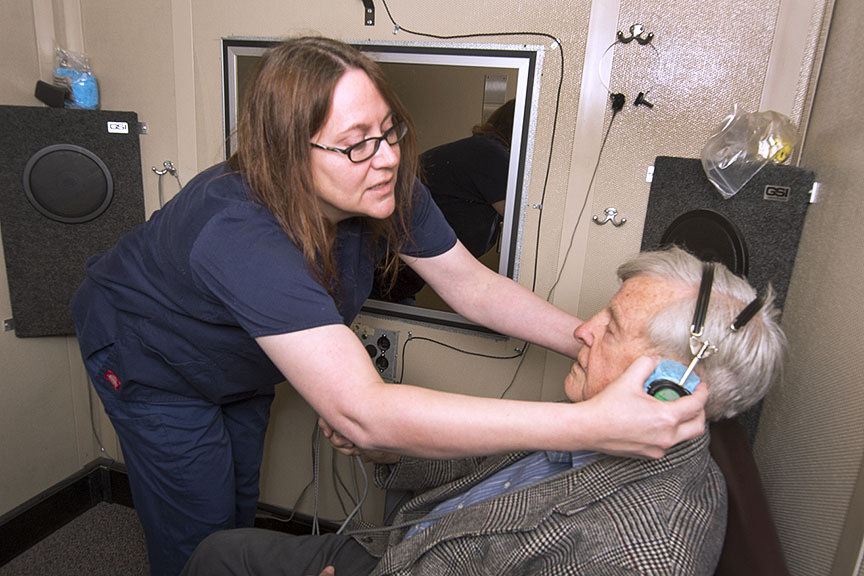 Hearing loss, including tinnitus, which is a ringing, buzzing or other type of noise that originates in the head, is the most prevalent service-connected disability among Veterans, with many Veterans suffering from a form of it due to frequent exposure to loud noises from weaponry and aircraft. Because of the pervasiveness of hearing loss among Veterans, VA is recognizing October as Audiology Awareness Month by highlighting important VA research on the subject and advances made in treating Veterans with hearing loss.

“VA researchers have a rich history of contributions to audiology,” said VA Under Secretary for Health Dr. David J. Shulkin. “From working with the National Institutes of Health to develop and evaluate hearing aids to a comprehensive protocol for managing tinnitus at VA and other audiology clinics nationwide, VA is proud to be a leader in this field.”

VA researchers conduct a wide range of studies in audiology—from biomedical investigations to large clinical trials and epidemiologic database studies. Much of the work takes place at VA’s National Center for Rehabilitative Auditory Research in Portland, Oregon, one of the world’s leading facilities for research in the field. Studies include older Veterans whose hearing problems have been compounded by aging and younger Veterans who may have suffered hearing loss as a result of blasts in Iraq or Afghanistan.

Below are a few examples of ongoing studies:

In addition to VA’s audiology research work, the department announced last month – ahead of National Audiology Awareness Month – that Veterans who need routine audiology appointments will be able to directly schedule them, without the need for a referral from their primary care provider. The move is expected to get Veterans into appointments more quickly. The new expedited process was piloted at three VA sites last year and is now being rolled out nationwide.