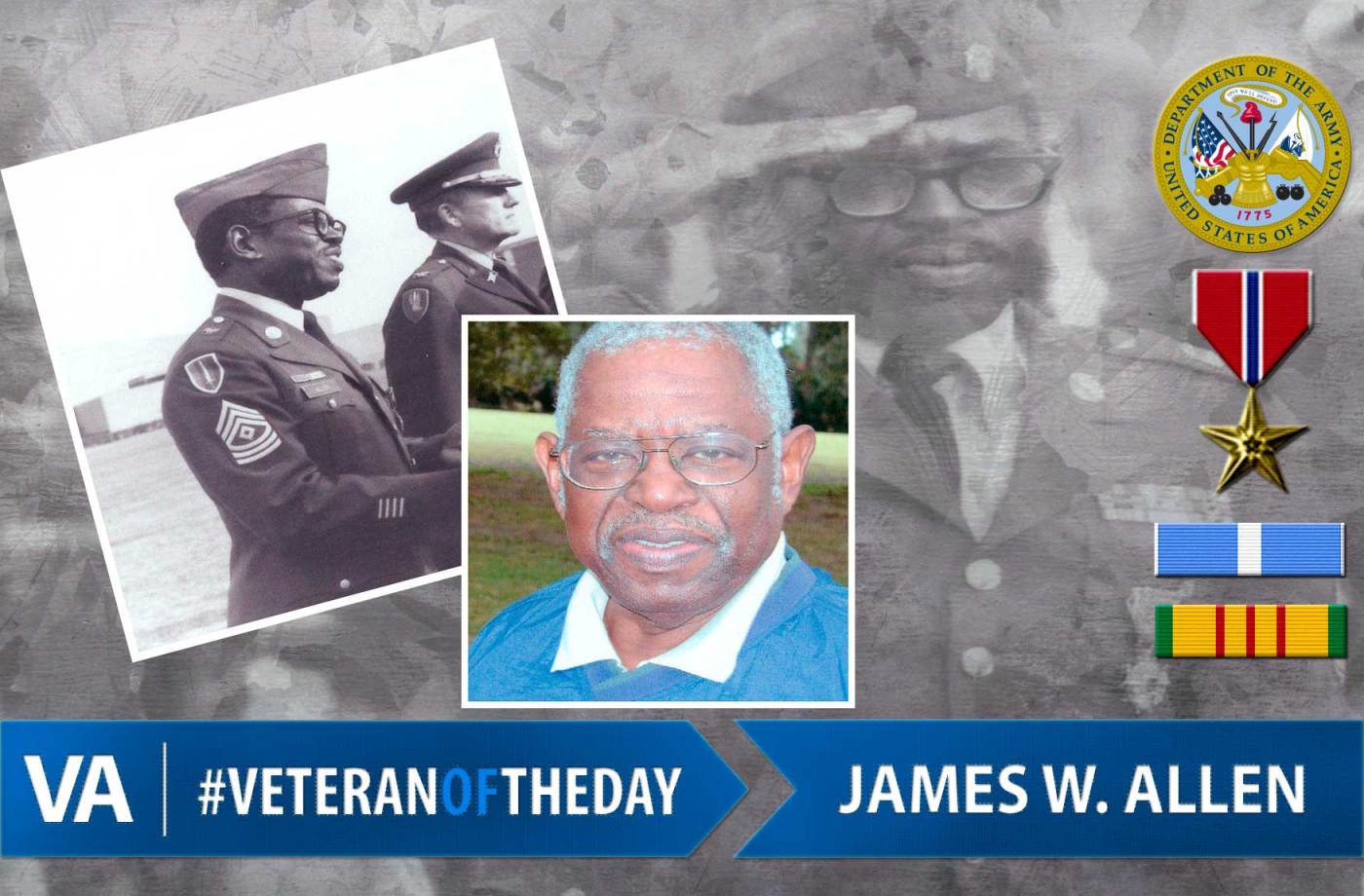 James grew up with a sense of dedication and hard work, cultivated by living with his grandparents on a sharecropper farm in central Florida. It wasn’t until he was 18 that James began to notice the discouraging segregation he and his family faced in Florida. In order to escape the segregation he had grown up with, James enlisted in the Army.

James was recognized for his discipline and determination in basic training and was sent to Leadership School in a recently desegregated environment. He passed his evaluations and then was shipped overseas to Korea in March 1953 with the 7th Infantry Division.

As he shared in an interview with the Veterans History Project, James remembered the apprehension that hung in the air while he and his comrades were shipped off. Though he was originally assigned to artillery, James served as an administrative company clerk for the remainder of the war, and prepared the morning reports each day

After the Korean War ended, James met his wife, Anne Johnson, who was a nurse at the Veterans Hospital at Fort Hamilton. They had five children. When James was sent to Vietnam at the tail-end of the war, he served as the Staff Sergeant responsible for housing management in the Saigon area. He was then assigned to manage the Saigon Area Drug Rehabilitation Service. James received a Bronze Star during his Vietnam service.

Throughout his career, James was given numerous assignments for which he was not trained. When asked about his wide range of experiences, James said, “People look[ed] at me and thought, ‘This guy can do it.’…you learn by doing.”

After 28 years in the military, James retired as a First Sergeant. He moved with his family to Palm Coast, which he was assured was fully integrated. “I didn’t want my kids exposed to segregation,” James said. In his transition into the civilian workforce, James discovered his passion serving his community through Veteran and aging services. He has used his talents and dedication to repeatedly make impactful contributions to his country.