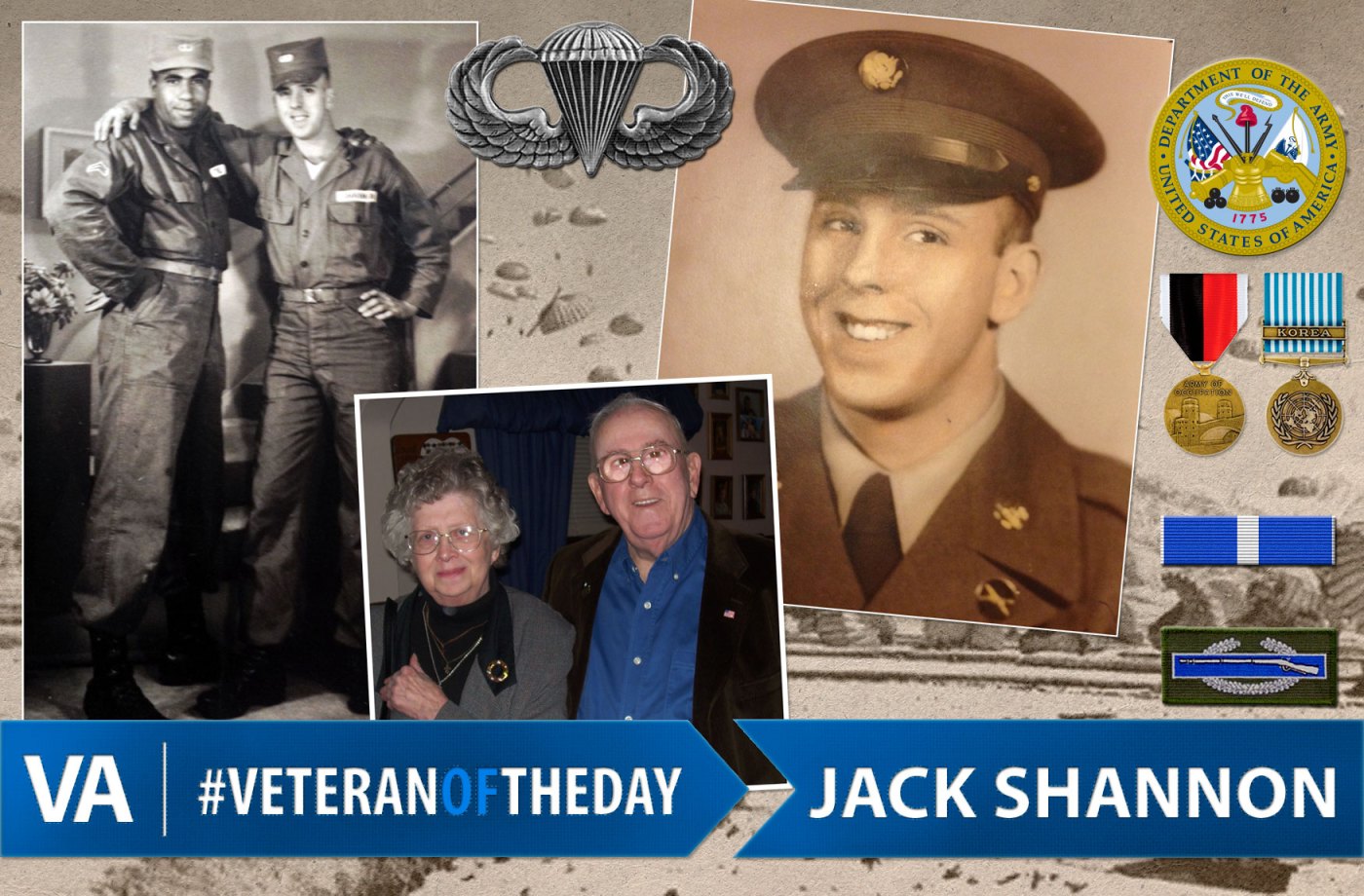 One of 12 children, Jack enlisted in 1951 from Salina, Kansas, and was selected for the Army Airborne Corps. Following training at Fort Benning, Georgia, his first assignment was to Japan, where he guarded prisoners.

His unit, the 187th Airborne Regimental Combat Team, proudly bore the nickname Rakkasans, which in Japanese translates as, “falling-down umbrella men.” The term was used to describe the cloud of paratroopers that would descend from C-119 “Flying Boxcars” or C-47 “Gooney Birds” or other cargo planes. The Rakkasans deployed from Japan to the Korean Peninsula to help the South and other allies.

Jack recalled a training exercise where a group of men worked to dislodge a Jeep from the back of a cargo plane to airdrop it onto a target. The pallet was suddenly freed, and both Jack and the Jeep were carried out the back of the plane. Still holding on to the vehicle, he managed to pull himself into the driver’s seat and held on tight for a safe, hard landing.

Shortly upon his return from Korea and separation from service in 1953, Jack’s sister introduced him to her best friend, Barbara. They were wedded that same year and were married 60 years until his passing at 84 in 2014. Together, Jack and Barbara raised five daughters and two sons, and have 15 grandchildren and nine great grandchildren.