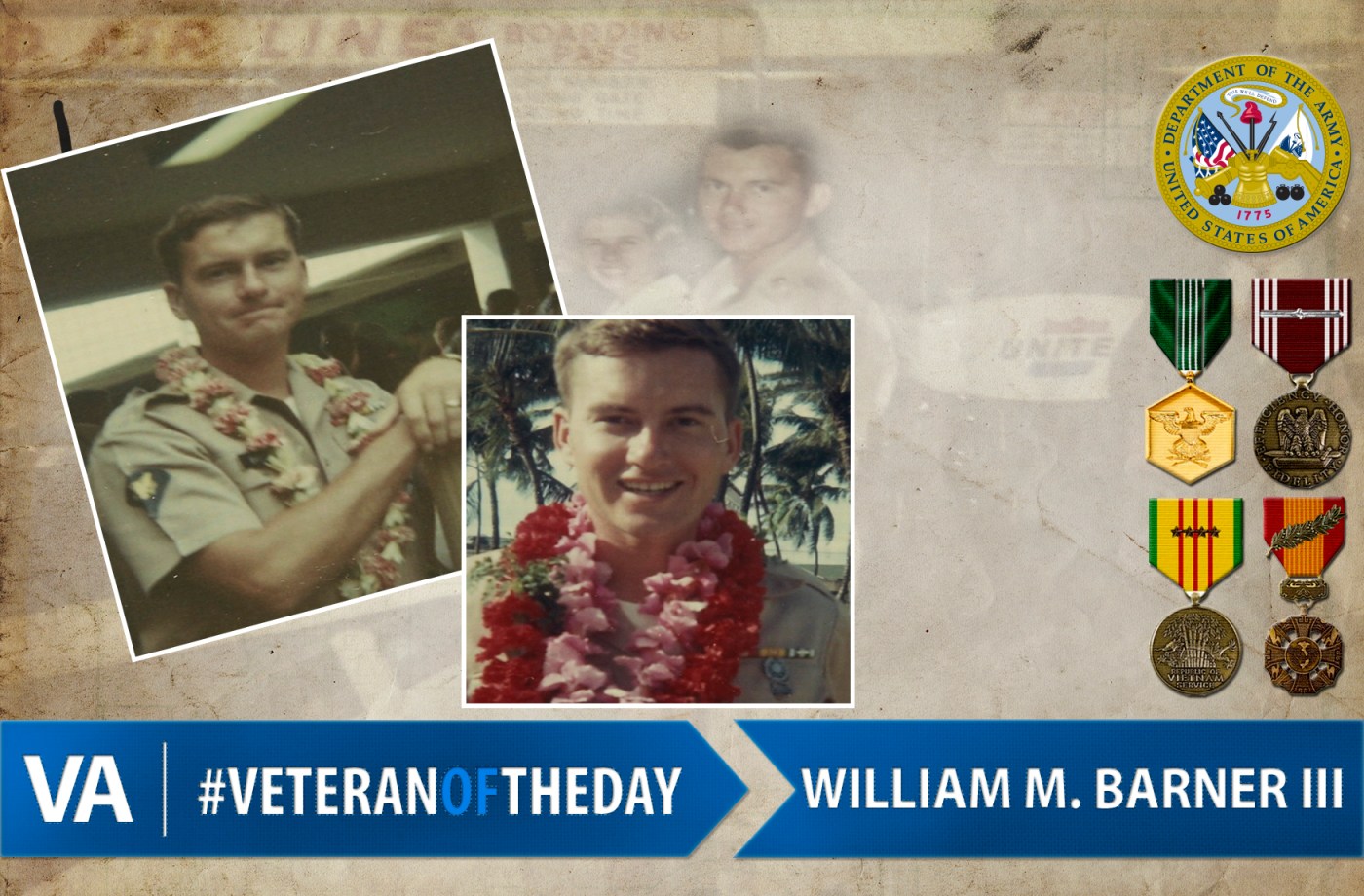 Bill was born on New Year’s Day in 1943 on a dairy farm in Birmingham, Alabama. By the time he was in college, Bill was working at General Motors and dating Sandra, who he would later marry. As he shared in an interview with the Veterans History Project, “I had the job of a lifetime. I had the girl of my dreams.” So in 1966 when he got drafted to go to Vietnam, Bill was heartbroken. He and Sandra had gotten married only five months before he was drafted.

On the morning of October 21, 1966, Bill went to Dallas, Texas to be inducted. Sandra drove to Dallas to see him off, but by the time she got through the traffic, Bill was already on a bus. “And the last time I saw my wife, she was standing on the street crying, and I was in the bus crying,” Bill said.

While Bill was selected for Officer Candidate School, because of his unhappiness with being drafted, he purposely failed every test. As punishment for intentionally flunking his tests, an Army Sergeant kept Bill isolated in a separate barrack from his classmates. Bill said even with his defiance, the Army kept him around, and it wasn’t until later in life that he realized it was “because I could lead and I was intelligent.”

One night, the barracks holding Bill’s classmates caught on fire. Bill rushed down to their aid and got each and every one of his classmates out safely. After that, the same Sergeant who had kept him isolated asked Bill to start helping him prepare other young men for Officer Candidate School. “My life changed at that point because all of a sudden…it was important to me to help them be ready,” Bill recalled.

Bill wound up at a fire support base in the jungles of Chu Lai with the new assignment of listening to and interpreting information from three different radios and then directing the gunfire. Bill knew that the voices of the men radioing in were the same men he had helped in Officer Candidate School.

Although his official shift was eight hours on and eight hours off, Bill worked as many as 20 hours straight. “Once we started a fire mission, we finished it. If one of the troops — one of the infantry companies…was in trouble, I stuck with you,” Bill said.

Bill wrote to his wife and kept a diary every day. “What I wrote Sandra every day was how beautiful of a country we were in…I never talked to her about what we did. I always talked to her about loving her and about the guys that I worked with and about the country and how beautiful it was. But the diary, I told the truth to.” Bill had never gone back and read the diary he kept until January 2009 when he was an inpatient for post-traumatic stress disorder. For the first time in his life, Bill said he realized how proud he was of what he had endured.

After a year of service, Bill returned home and was awarded the Army Commendation Medal, Good Conduct Medal, and Expert Marksmanship Qualification Badge with Rifle Bar. He and his wife, Sandra, have two daughters and three grandchildren.