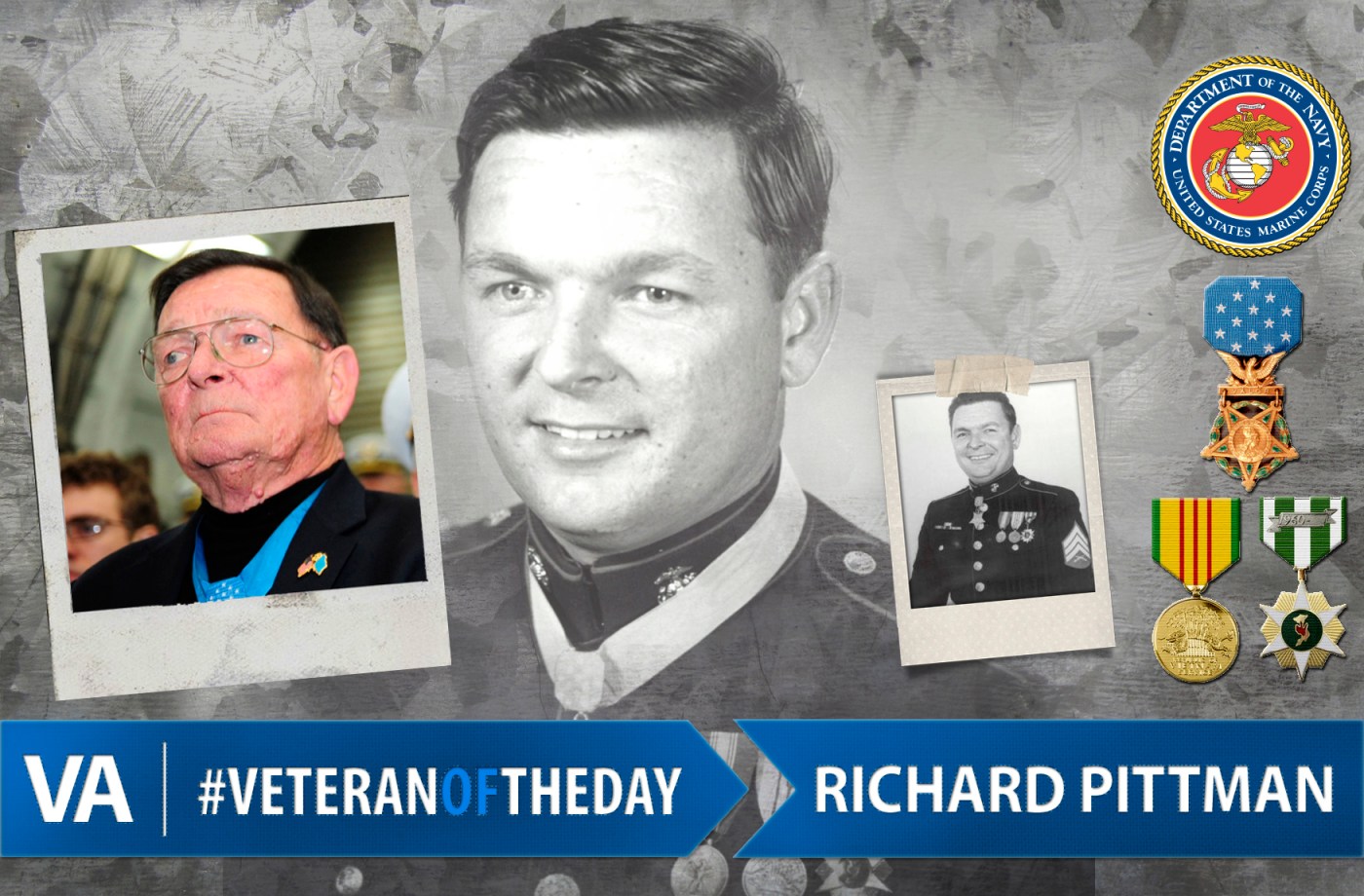 Citing his mother as the primary figure who shaped his values and character, Richard recalls her making him read books about John Paul Jones, George Washington and Benjamin Franklin. By the time he was 12, his sense of patriotism and duty was deeply ingrained. Just three years later, he heard President Kennedy’s seminal inaugural address, a speech that would set the course for his life.

Ask not what your country can do for you

Determined to join the military after graduating from high school, Richard was rejected from the Army, Navy and Air Force due to being legally blind in his right eye. His fighting spirit and devotion to duty however would eventually triumph. He enlisted in the Marines and was deployed to Vietnam in 1966, serving as a rifleman in Company I, Third Battalion, Fifth Marines.

As he shared in an interview, Richard remembers his uncles, WWII Veterans, “talking about the good times but they never talked about the shooting part, the dying part. They never said listen son, war is hell…”

Richard was the last person in his squad on that trail. He unhesitatingly rushed to the front. “Marines do what they do and what they do is charge to the front.” He had the last functioning machine gun and plunged ahead, firing at a numerically superior enemy troop to provide cover for the wounded in his platoon. When he ran out of ammunition, he grabbed a submachine gun from the ground. Then he pulled out his pistol. His last weapon was a grenade. On July 24, 1966, 200 men were sent up that hill. Only 70 returned.

Ask what you can do for your country

Richard Pittman was awarded the Medal of Honor on May 14, 1968, by Kennedy’s successor, President Lyndon B. Johnson.

After 21 years of active duty service, Richard continued his commitment to service as an advocate for a youth character development program on behalf of the Medal of Honor Society. His mission was to engage kids to a sense of “patriotism, responsible citizenship, courage and self-sacrifice,” the qualities that had been instilled in him as a youngster. In addition he also participated in fundraisers for wounded warriors.

Reflecting back on that fateful day, Richard said “I never knew how many were killed until I went to the Vietnam Memorial. I saw a couple of names that I knew. I was in shock. There was a lot…”

He had always wondered if it was worth it. Then he read a letter to the editor of Leatherneck magazine thanking Lance Corporal Pittman for his actions on that day. “I just wondered, I have a medal but did it do any good? Especially after I saw how many people had been killed and wounded. I just always said was it worth it? And then you find out it was worth a lot.”