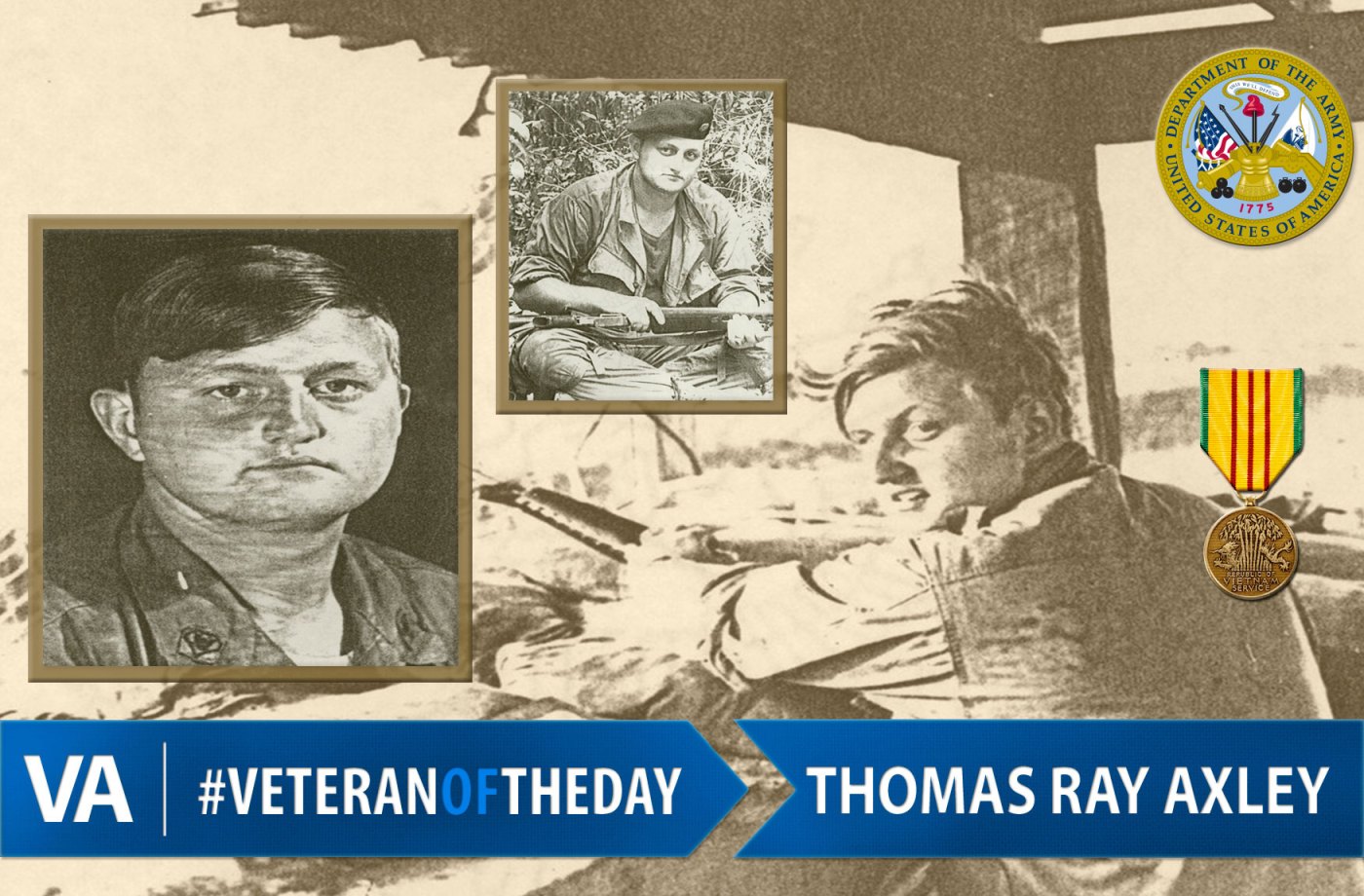 In 2002, retired Sergeant First Class Thomas Ray Axley agreed to an interview for the Veterans History Project. A self-admitted history lover, he proclaimed that our Veterans hold a “great wealth of information and memories that they’re harboring.” Memories that “Korean Vets, World War II Vets, and any Vets that really needs to speak out, regardless of how much it pains ‘em.”

He chronicled his own history and memories of his time with the Army, spanning 17 years and two wars, with a vividness that belies a journey that began some 45 years ago, for an 18-year-old man.

He still remembers the two recruiters’ names he met when he enlisted, the eight weeks of basic training at Fort Knox, and medic training at Fort Sam Houston. After he completed training and settled in at the 47th Field Hospital, boredom prompted him to put in a voluntary sheet for reassignment to Vietnam where he joined the 1st Cavalry Division, 3rd Brigade Headquarters

As his plane landed in Da Nang, he recalls the silence that permeated the air due to the lack of conversation, broken only by the sound of the wheels touching the ground. They were greeted by the humid Vietnam air and a boarded-up bus, just in case somebody tossed a grenade their way.

He remembers the one casualty in his platoon, treating the 60-gunner that “walked around this little tree” and stepped on a bomblet, and being two inches from the front-line and hearing “Doc somebody’s hit” in the midst of gun fire. For Thomas, grabbing his aid bag and moving towards the injured was reactive and instinctive. He spent his 19th birthday in the field, while on an ambush mission.

Back home, he recalls the moment two strangers approached him in Chicago while he was still in uniform. For Thomas, in his words, “they were the only ones that really welcomed me home, and it always left a soft spot because at the time, people just wanted to forget about it.”

Thomas was stationed at Fort Riley until leaving service in 1973. Shortly after, he entered the Army Reserve. He was called up to active duty during the Persian Gulf War, though he didn’t deploy. He recalls getting asked why he would want to do that to which he replied “What about the liberties that you enjoyed? Or you know, to understand that these men and women are making sacrifices so that we can, you know, have our cable TV and satellite dishes…”

Thomas was an 18-year-old high school dropout who enlisted to “better myself.” In doing so, that better man worked for a better country.

Thank you for your service, Thomas!