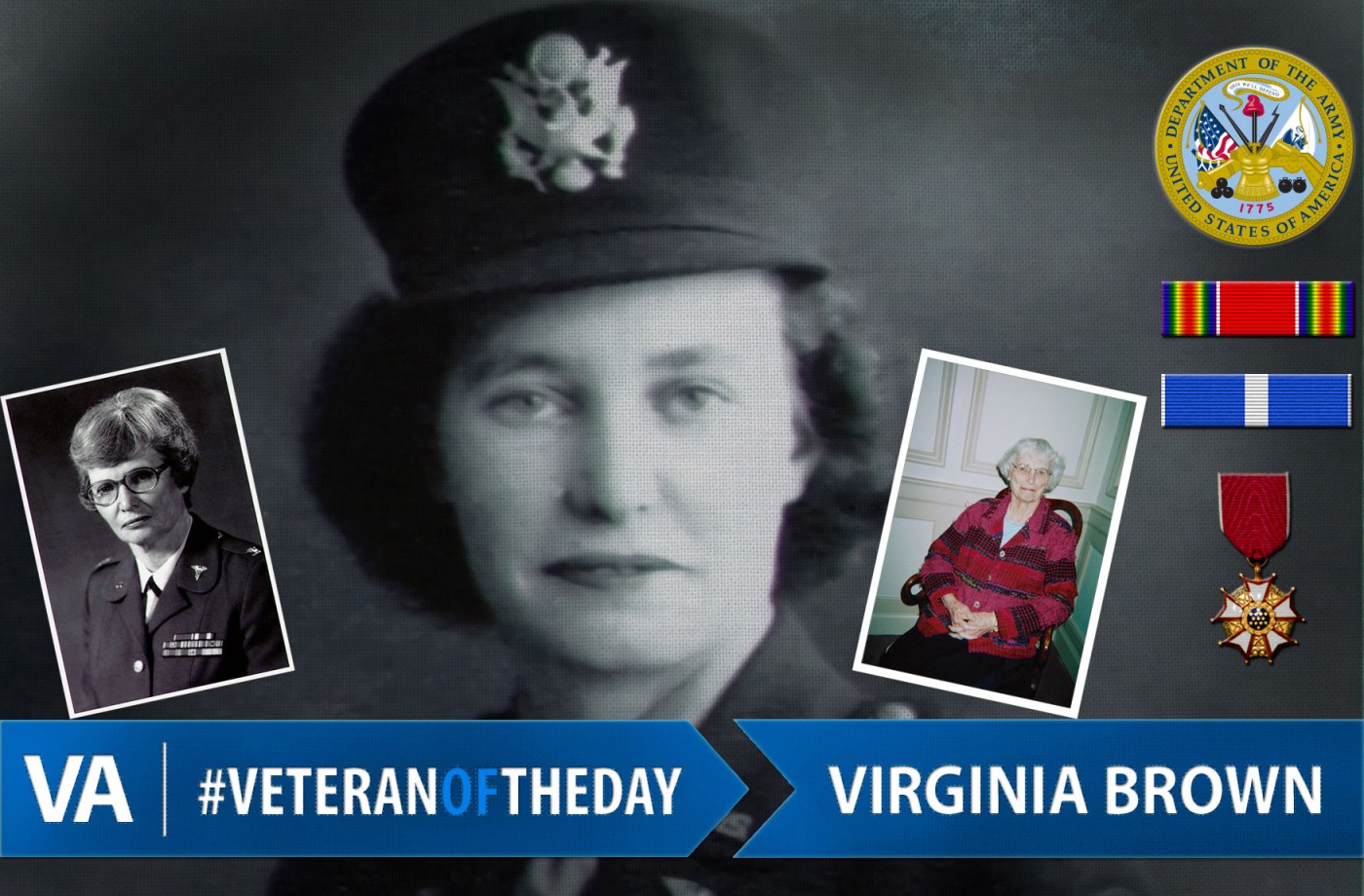 Virginia was born in Johnson City, Tennessee, in 1921. She was greatly affected by an incident in which she was hit by a car and had to make multiple trips to the hospital in her youth. “That’s what caused me to decide I’d like to be a nurse,” Virginia said in an interview with the Veterans History Project.

Shortly after graduating from the Baptist Memorial Hospital School of Nursing, Virginia joined the Army Nurse Corps in 1943. On July 21, 1943, she reported to Kennedy General Hospital and worked in the surgical ward and GE ward before volunteering to go overseas. On New Year’s Day in 1944, Virginia and her colleagues set sail for England on the Queen Elizabeth.

Virginia was working in a hospital in England when D-Day began. She remembered planes flying over the hospital from wing tip to wing tip as far as she could see. Virginia was transferred to a hospital in Paris the week after Paris was liberated in August 1944. She worked diligently as a nurse until September 1, 1945, when she was sent home.

Upon returning to the U.S., Virginia initially discontinued her service and taught at the same Baptist Memorial Hospital where she had earned her degree. In 1953, she returned to the Army Nurse corps and served in Korea, Japan, and stateside in the U.S. According to Virginia, the highest point of her career was when she was selected for Chief Nurse for the Health Services Committee. In 1979, she was awarded the Dr. Anita Newcomb McGee Award “Army Nurse of the Year” by the Daughters of American Revolution.

Virginia retired as a colonel from the Army Nurse Corps in 1980. She was active in supporting the Army Medical Museum, as well as the hospital in which she stationed in Paris, the 48th General.

Virginia passed away in April 2011.