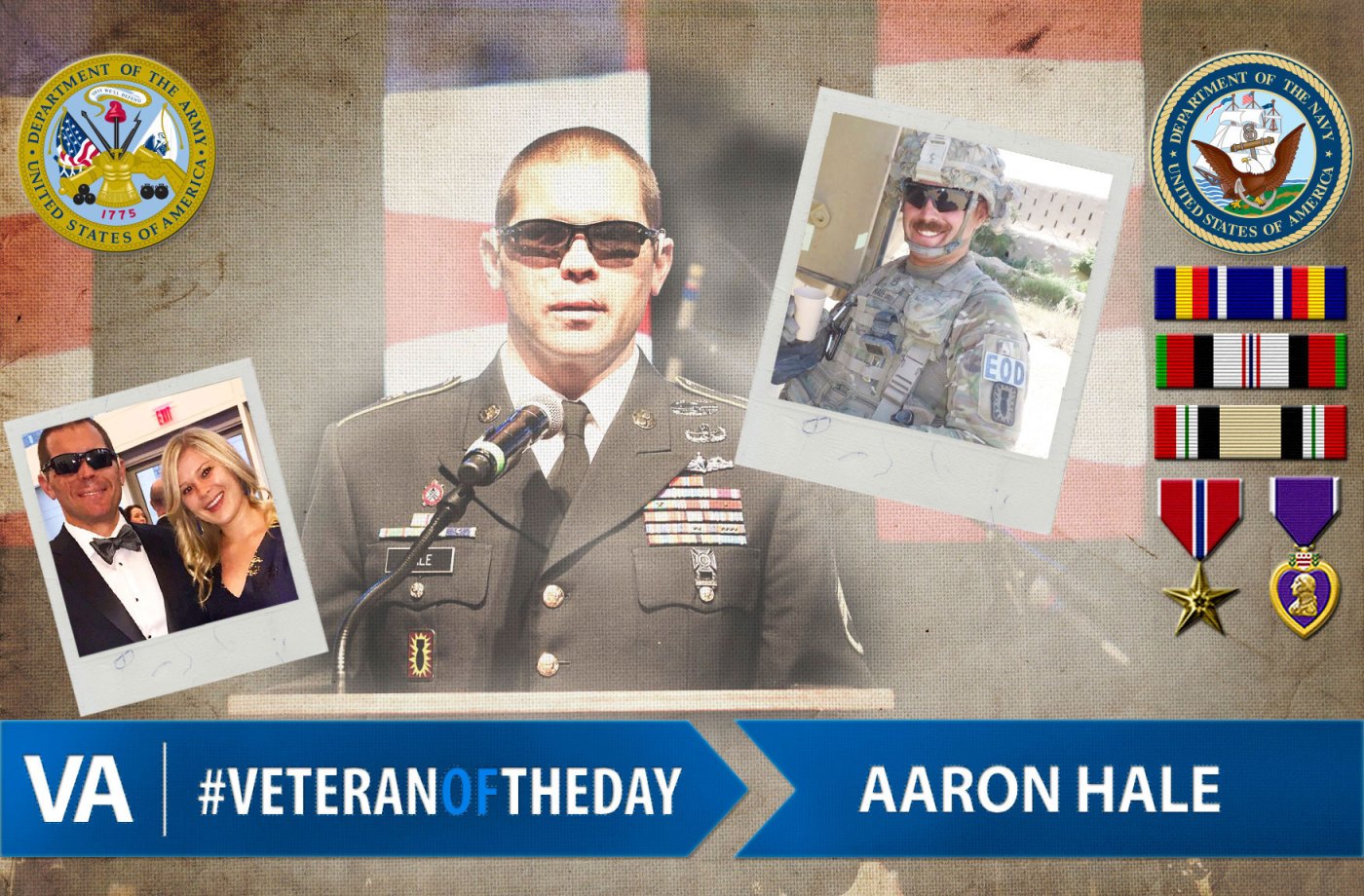 Aaron Hale is a 14-year Veteran of both the Navy and Army. He served on three different yearlong deployments, once to Iraq and twice to Afghanistan, as an Explosive Ordnance Disposal Team Leader. Aaron’s unit completed 1,100 counter-IED missions, destroying more than 20,000 pounds of enemy explosives. It was on his last tour in Afghanistan in 2011 when an Improvised Explosive Device (IED) detonated in front of him.

Aaron was about 30 feet away when the IED exploded, sending shrapnel everywhere and shattering his skull. Exploratory eye surgery to remove shrapnel and assess the extent of his injuries concluded that he was completely blind.

Aaron was transported to Bagram Air Force Base for treatment, then on to Landstuhl Regional Medical Center in Germany, before finally arriving at Walter Reed National Military Medical Center. After a month of treatment at Walter Reed, he transferred to the James A. Haley Veterans Hospital in Tampa, Florida, and then to the Charlie Norwood VA Medical Center in Augusta, Georgia, which specializes in blind rehabilitation.

Aaron began teaching at the EOD school in Niceville, Florida, finished his degree in business administration, started running marathons, kayaking and mountain climbing. In August 2015, complications from the explosion resulted in Aaron contracting bacterial meningitis, which ultimately caused him to lose his hearing.

Despite being blind and deaf, Aaron lives everyday by his personal mantra– “accept the challenge and overcome the odds.” Aaron has set out to achieve another milestone as the first blind-deaf runner to complete the World Marathon Challenge. The event challenges runners to complete seven marathons on seven continents in seven days.

In addition, Aaron speaks across the country to raise awareness for Veterans’ organizations, wounded Veterans and to help motivate others on their journey through life.

Aaron, who retired as a Sergeant, received the Purple Heart and Bronze Star among many other decorations. He currently resides in Florida with his fiancé.

Thank you for your service, Aaron!