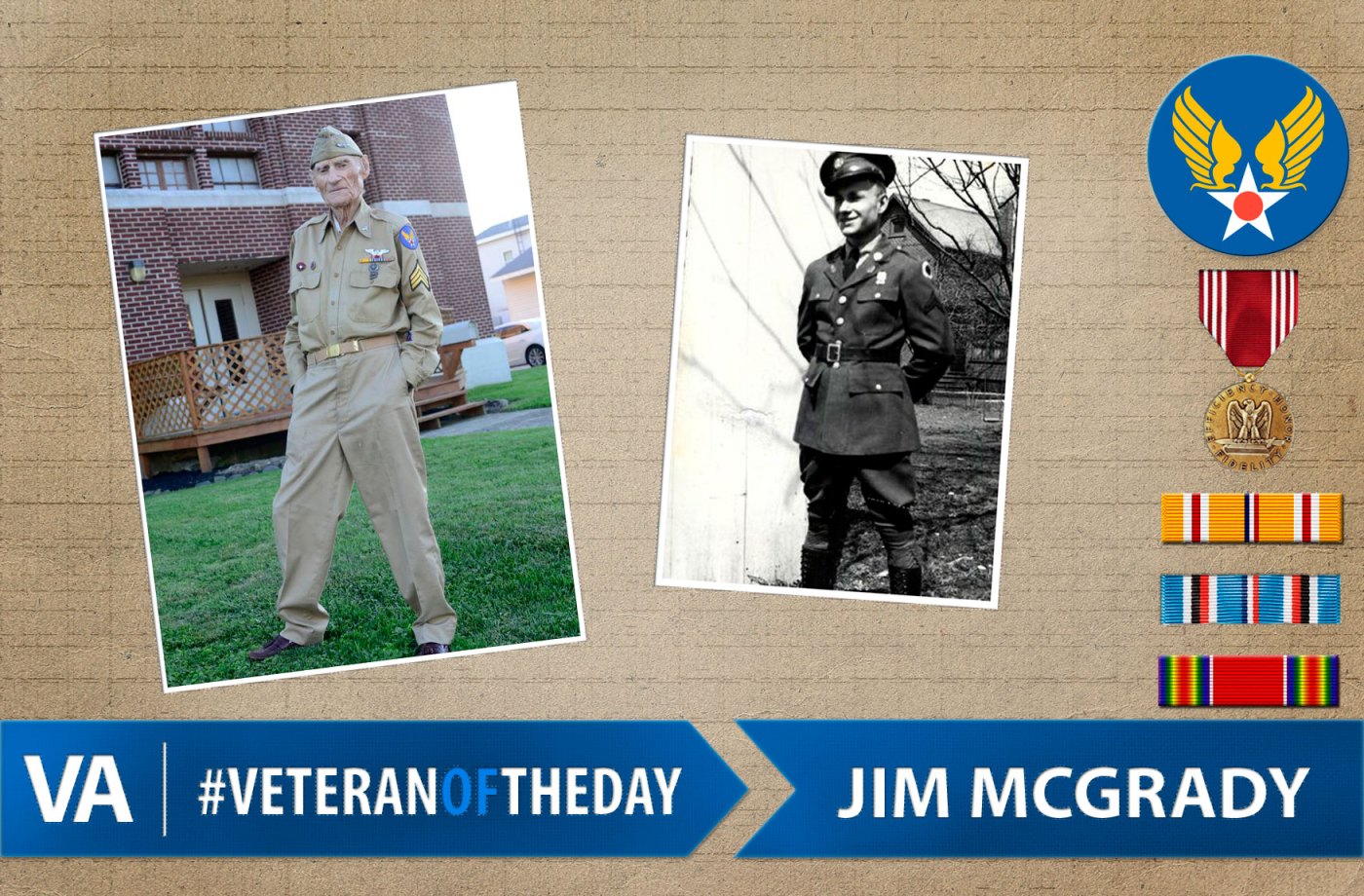 Jim joined the Ohio National Guard in 1935 and was apart of their 148th Infantry, 37th Division. He was honorably discharged in 1939.

Jim then enlisted in the Army in 1942 and entered the Army Corps Cadet School. According to his hometown newspaper, Jim trained hundreds of aerial gunners and eventually earned his Silver Wings as an armament specialist and nose gunner on a Liberator B-24 bomber crew gunner.

After the war in Europe ended, his crew prepared for the Pacific theater. Just as they were ready to deploy, bombs were dropped on Hiroshima and Nagasaki and the Japanese surrendered.

Jim received his honorable discharge in 1945.

Jim shared his story with The News Messenger in Fremont, Ohio.

Beloved by his community, Jim passed away on October 27. He was 98-years-old.

*Photos and video via The News-Messenger