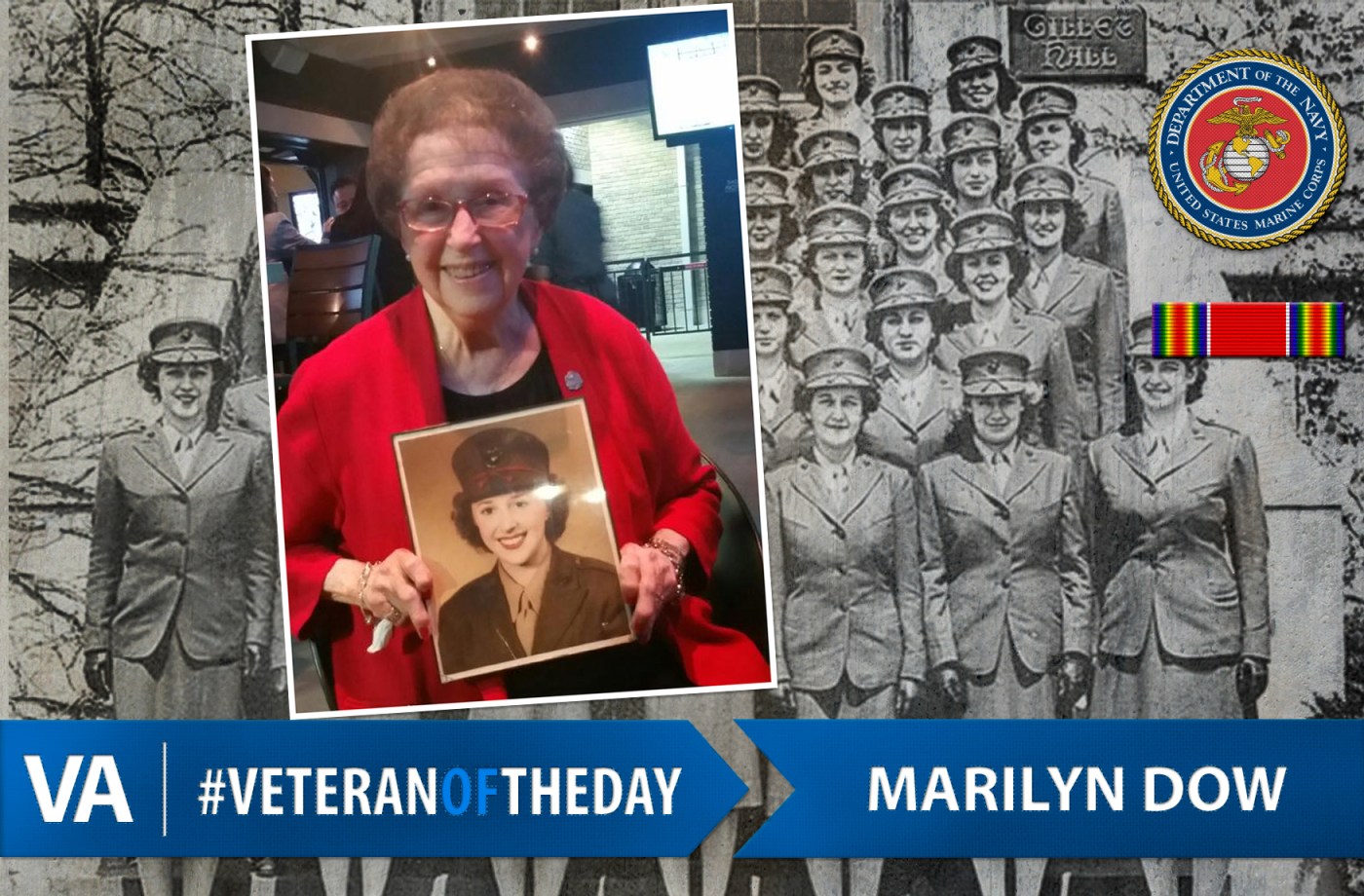 Born Marilyn Richards in 1921 in Chicago, Illinois, she was working as a teletypist for a telephone company when she decided she wanted to support the war effort and join the military. Although Marilyn’s father served in the Army during World War I, he pushed her to join the U.S. Marine Corps because they were about to allow women to sign up.  She enlisted in 1943 and became one of the first women allowed to enlist into the Marine Corps.

At that time, there was no official boot camp training facility in which women could train, so they bunked at Hunter College and march and drilled on the streets of New York City.  After boot camp, she reported to Edenton Marine Corps Air Station, North Carolina, where she worked in confidential communications, sending and receiving coded messages for the base commander.  After a year working there, Marilyn met her future husband, Marine Sgt. Dwight Dow, a plane captain who maintained the aircraft and to ensure that they were ready for flight.  She then went on to work at Marine Corps Air Station Cherry Point, North Carolina.  She mustered out of the Marine Corps as a corporal in 1943, and married Dwight.

Thank you for your service, Marilyn!