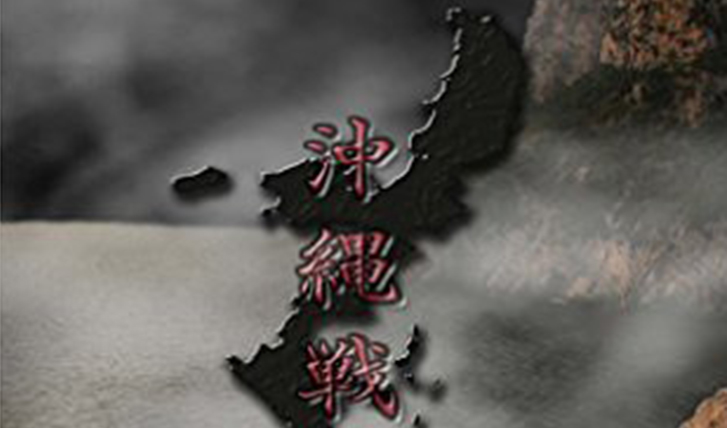 I am a British-born writer in my early-sixties, living in Japan for more than 30 years, with grandchildren of my own. I am honored to be able to post here a few words about my novel “Escarpment”. My hope is that Veterans of the Okinawa campaign still alive, who read it, will feel satisfied that my brief description of the battle is accurate. Further, that their families, children and grandchildren will get a glimpse of what their dads and granddads went through on the island of Okinawa between April and June, 1945.

“Escarpment” is story set in the present day, based on a premise which many people believe that objects or artifacts can be possessed by the spirits of their dead owners. That is why it is always dangerous to scavenge from a battlefield.

It is not directly about the Battle of Okinawa, but more about the ghosts and spirits that still haunt the battlefield. That said, the battle itself is a presence that haunts many of the pages. From the unopposed landing at Hagushi to the Shuri Line. Kakazu Ridge and Sugar Loaf. The Japanese retreat to the Kiyan Peninsula. Yuza-Dake and Yaeju-Dake. Kunishi Ridge. Hill 95. The Medeera escarpment. Mabuni Hill. The mud and the rain.

The grueling days and nights of that battle haunted me also while I was researching and writing. Especially the plight of the Japanese civilians caught between the opposing forces. I recount the recollection of one old man who was a child of seven at that time, trapped with his mother and thousands of other women, children and old men between the enemy and the sea.

“There were only two alternatives. One was to hunker down until the fighting ended and then surrender to the Americans. But we had been brainwashed about the terrible fate that waited for us at the hands of the blood-thirsty Yanks. So, many took the second alternative – kill their families, the little kids and the old people, and then themselves.

“But, in fact, there was a third option – turn right around and go home again, head north, back to the destroyed villages. That’s what my mother and thousands of others mothers decided to do.

“Just one problem. To get there, they had to go through the American lines, with machine guns and rifles firing all around and shells flying overhead. Next to the surviving Japanese soldiers and the June rain and mud, women like my mother were the biggest pain in the (redacted) in the whole wide world to the US 10th Army.

“Those GIs and Marines had been living and dying in hell since the beginning of April. Now it’s near the end of June. Finally, finally, finally, they see victory in sight.

“But all the time now, day and night, they’ve got these bands of women and kids in front of them. And all the time, all up and down the lines, American soldiers are shouting, Cease Fire, Cease Fire – Civilians coming through.”

“Escarpment” is a short novel, easy to read; not an historical military tome. I would be pleased – and honored again – to send a free copy (paperback or Kindle) to anyone who has read this post and who would like to read my story. My request is simply that if you enjoy it, you recommend it to other people.

David Turri was born in Liverpool in the 1950s and grew up in New Zealand. After living in Barcelona for a few years, he settled down permanently in Japan, where he is surrounded by a noisy harem of wife, two grown daughters and two granddaughters. He has been writing most of his life – textbooks for the English language industry, which industry pays the rent and puts food on the table; and fiction. In spite of his wife’s unspoken belief that his novels would only be published posthumously, one was actually published two years ago. “Damaged Cargoes” is an historical story about child trafficking and opium set in Kobe in 1870. Another novel, a story titled “29 Argyle Drive”, was published last year and is proving popular among Amazon horror fans. It is set in Christchurch, where he grew up, against the background of the earthquake that destroyed the city in 2011.