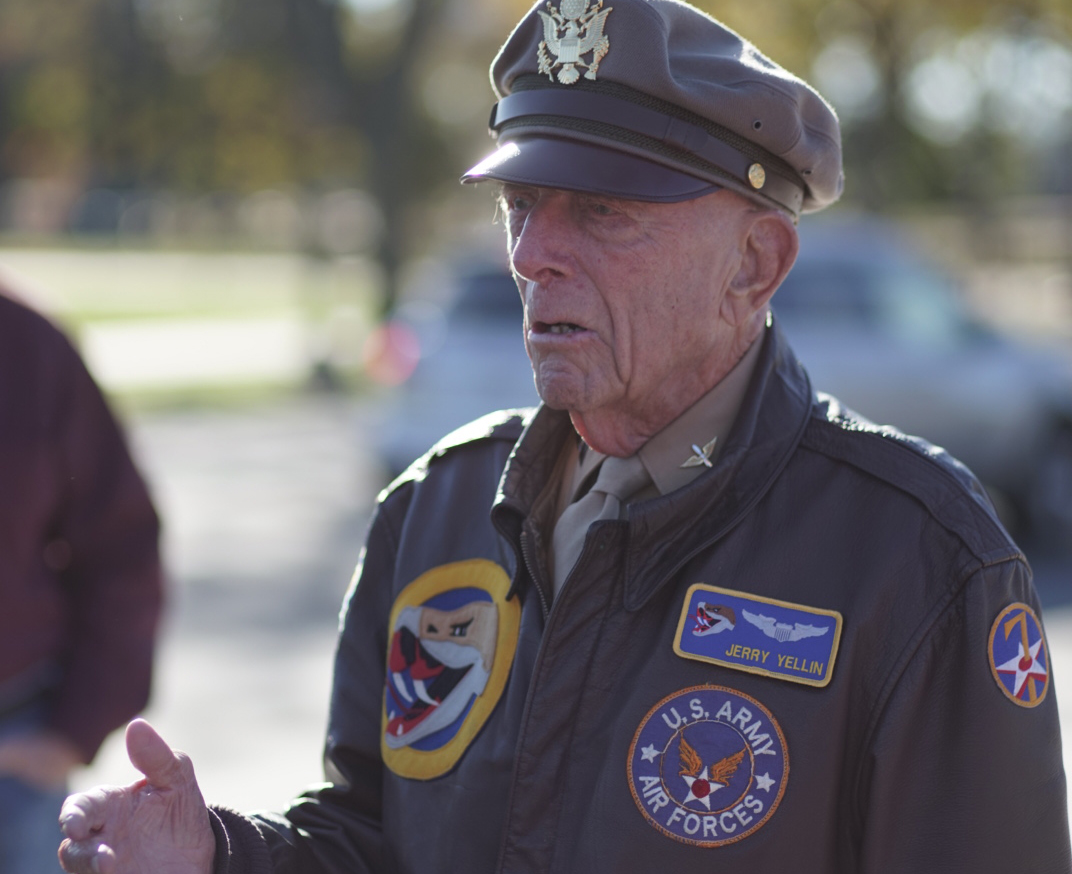 CPT Jerry Yellin, USAAF is an American hero, a living Veteran legacy. He served bravely in the face of adversity and distinguished himself in combat, over the skies of Japan in World War II.  Like so many of “The Greatest Generation,” he served humbly, and he fought for the best of American principles.  But his greater heroics came in the years following the war.  What he did this weekend was incredible.

This weekend was the kick-off weekend of National Cemetery Administration’s (NCA) joint program with the American Battle Monuments Commission (ABMC), a year-long teacher institute called “Understanding Sacrifice: World War II in the Pacific.”  NCA and ABMC are working with National History Day and George Mason University (GMU) to make this opportunity for 19 teachers from across America.  Teachers will enhance their research skills to learn the stories of service and sacrifice of American servicemen who served in the Pacific theater.  They will be honoring the memory and sharing the Veterans’ legacy of those interred in NCA’s San Francisco National Cemetery, Golden Gate National Cemetery, National Memorial Cemetery of the Pacific, and ABMC’s Manila American Cemetery (ABMC cares for the overseas American cemeteries as well as monuments that commemorate those who perished in wartime service abroad.)

CPT Yellin met these teachers at the World War II Memorial this weekend. Standing in front of the memorial, facing the Lincoln Memorial, his talk began with the end of the War.

CPT Yellin flew the last combat mission over Japan, three hours after the surrender was announced, but before his unit received the word. He also has the unfortunate distinction of watching his wingman and friend, 2LT Philip Schlamberg, USAAF become the last combat fatality of the War, as he was shot down over Japan.  When he landed, still in shock over witnessing his friend’s death, he heard the news of the surrender that happened before they took off.

When CPT Yellin returned stateside, he visited 2LT Schlamberg’s mother in Brooklyn, wanting to give her his friend’s personal effects and share his deepest condolences. She was still deep in her grief, angry.  She told CPT Yellin that he should have died, not her son, and she said that she hoped he would never sleep a night again, as she wouldn’t.

But one day in the mid-1970s, he heard of some treatments being developed for Vietnam-era Veterans suffering from what we now call Post Traumatic Stress Disorder (PTSD), something that was not even recognized for his generation as a serious condition. It was dismissed as “battle fatigue.”

“It saved my life,” said CPT Yellin. “But that was only the beginning.  It was time to start living again.”

CPT Yellin needed to revisit the site of the wound, he needed to confront the past and embrace the present. He needed to visit Japan.

“What I found was a civilized society, a place of culture, tradition, a people of courtesy and respect.” CPT Yellin never hid who he was or what he did, and in fact received the respect and admiration of many Japanese whom he befriended because of how he presented himself.  But the acceptance that mattered most was that of the couple who would also become the grandparents of his son’s children.  “We’re all the same, we all love our children.  We just have to get to know one another.”

CPT Yellin shared his message of tolerance. He told how in 1936 swastikas were painted on his door in Brooklyn, NY and how he sees that same hatred in the world today, with different targets.

Instead of dwelling on the divisiveness of mankind, he stressed unity, inclusion and acceptance. He offered his own life and service as an example, so that others could find a way to accepting each other without suffering as he had.