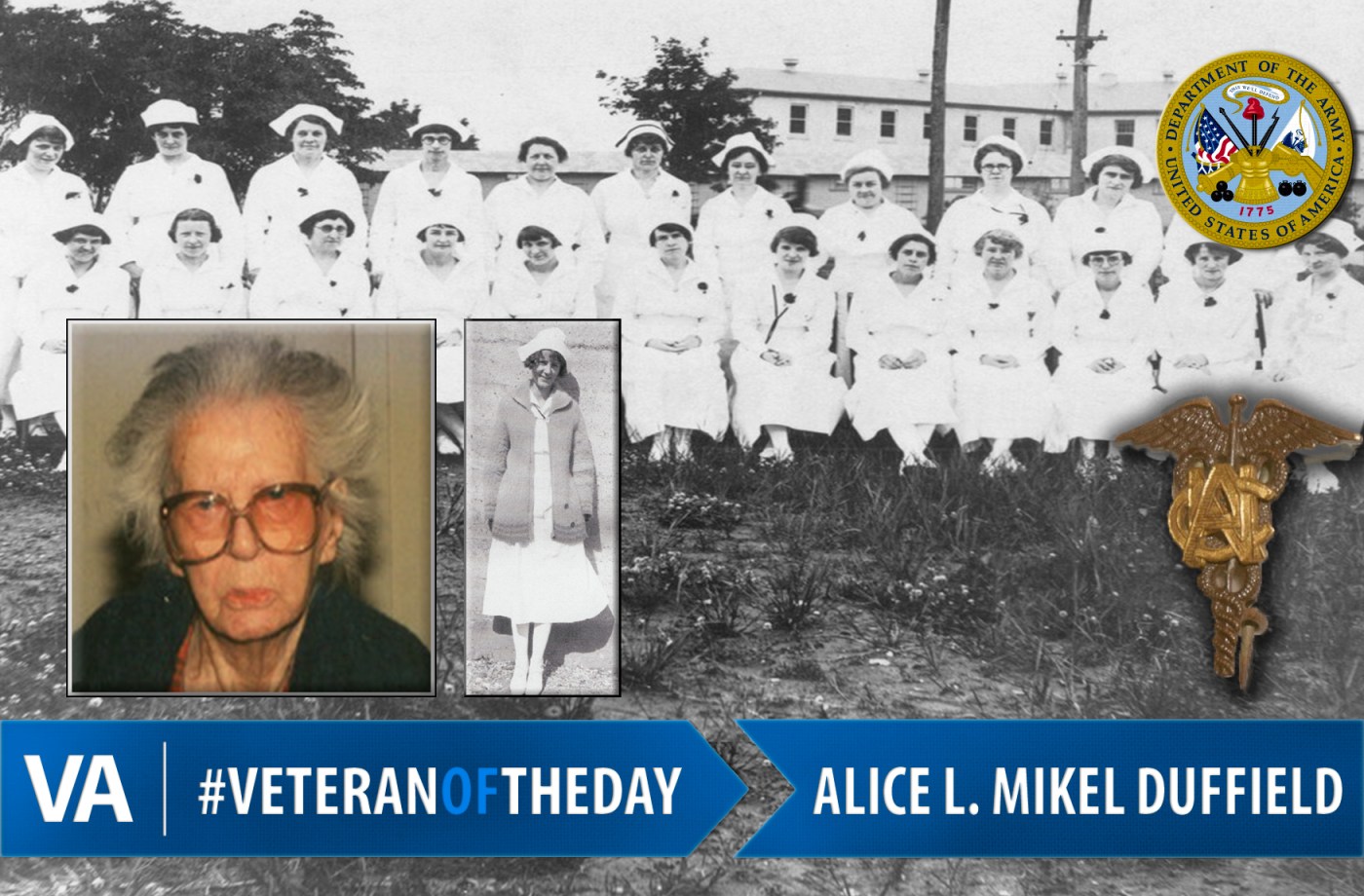 Alice was born in Arkansas in 1896. As a young child, she enjoyed singing and spending time with her loved ones. Originally, she was unsure about what she wanted to be when she grew up. As Alice explained in an interview with the Veterans History Project, during this time there were a limited number of jobs for women. Rather than pursue a career, Alice intended on marrying a man to whom she became engaged; however, she broke off the engagement and signed up to be a nurse at age 19.

She was one of the first nurses trained Sparks Hospital in Fort Smith, where she met Jane Delano, a relative of Franklin Roosevelt. Delano was recruiting nurses for the Army Nurse Corps. Alice was commissioned as a captain in the United States Army after graduation.

She served a nurse at the base hospital in Camp Pike (now Camp Robinson), Arkansas, during World War I.

After the war, for 15 years, she worked at Veterans hospitals in Kentucky, North Carolina and Tennessee.