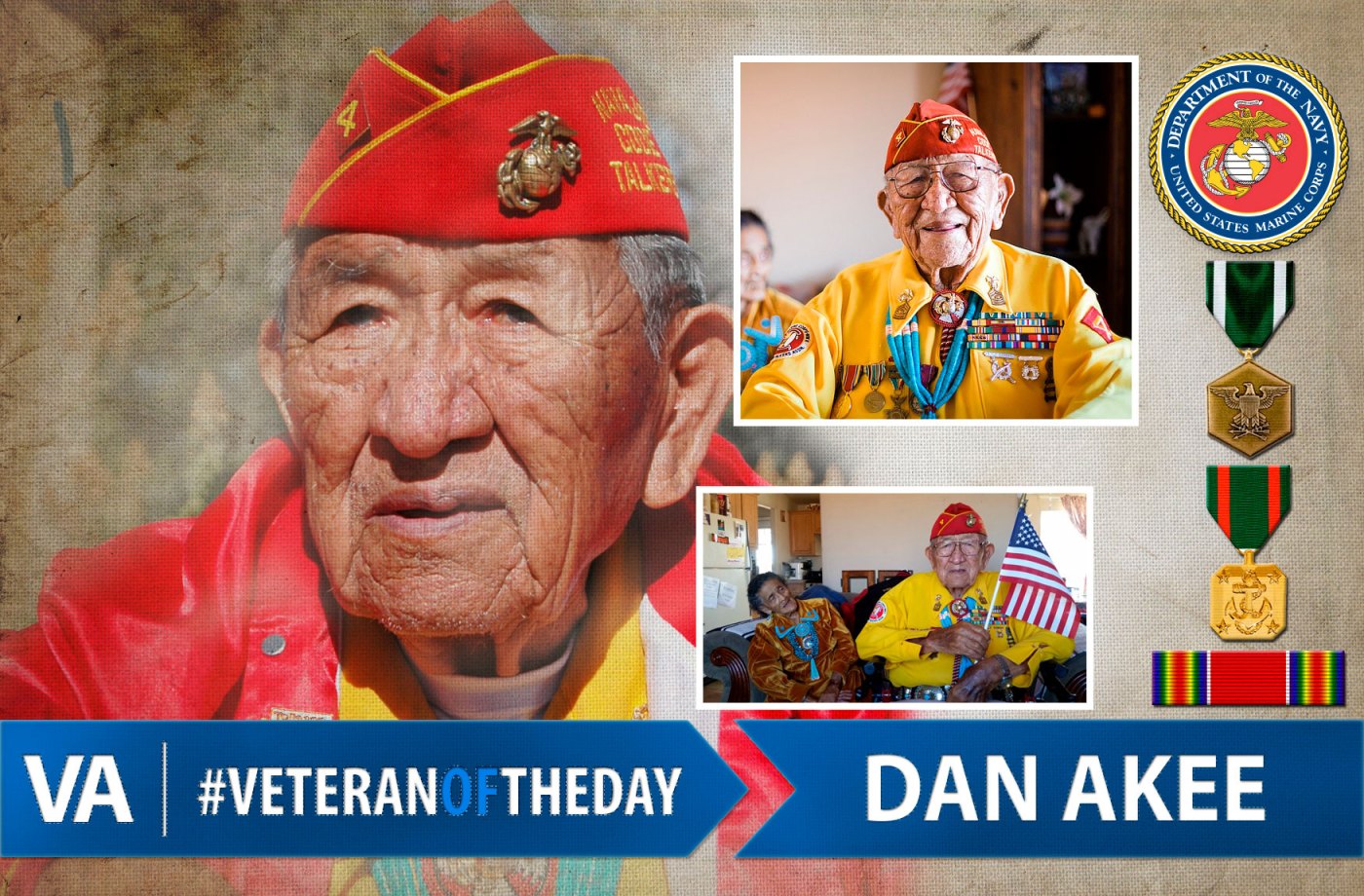 Dan knew he wanted to join the service as young kid. When World War II broke out, he became determined to serve his country and tribe. Due to health problems he was initially turned away twice, but eventually his perseverance paid off. He enlisted in the Marine Corps in 1943. He recalls having to lie to his mom about his voluntary service and instead told her that he was drafted. When asked why he chose the Marines, he replied, “I liked their uniform. I heard they were brave and great fighters.” He laughingly noted, “I thought I was tough, but I was not.”

He was sent to Camp Pendleton for Infantry training followed by training in radio communication where he learned the Navajo Code. “It was tough.” Dan had to learn and memorize over 500 words in five months. He recalls the pressure being intense as he was told, “Make a mistake and you might cause somebody their life.”

Dan was then shipped to the Pacific, serving with the 25th Marine Regiment, 4th Marine Division. He was on the front line for all four of his tours: Marshall Islands, Saipan, Tinian and Iwo Jima. A particularly memorable experience for him was when he was able to spread a Navajo coded message to the other units that Japan was planning a surprise banzai attack at Saipan. “The Japanese didn’t know that we knew. We were ready.”

But it was at the Battle of Iwo Jima that Dan endured his most devastating experience of the war. “I saw the dead and wounded everywhere. I didn’t know if I was going to make it or not.” The nightmares would haunt him long after he returned from the war. He eventually took to drinking to cope but with the guidance of a doctor turned to religion. He later became a minister and has been sober ever since.

In 2001, Dan, along with other Code Talkers, was awarded the Congressional Gold Medal. He said of his time in service, “What I used to be as a Code Talker, it was for the love of the people.”