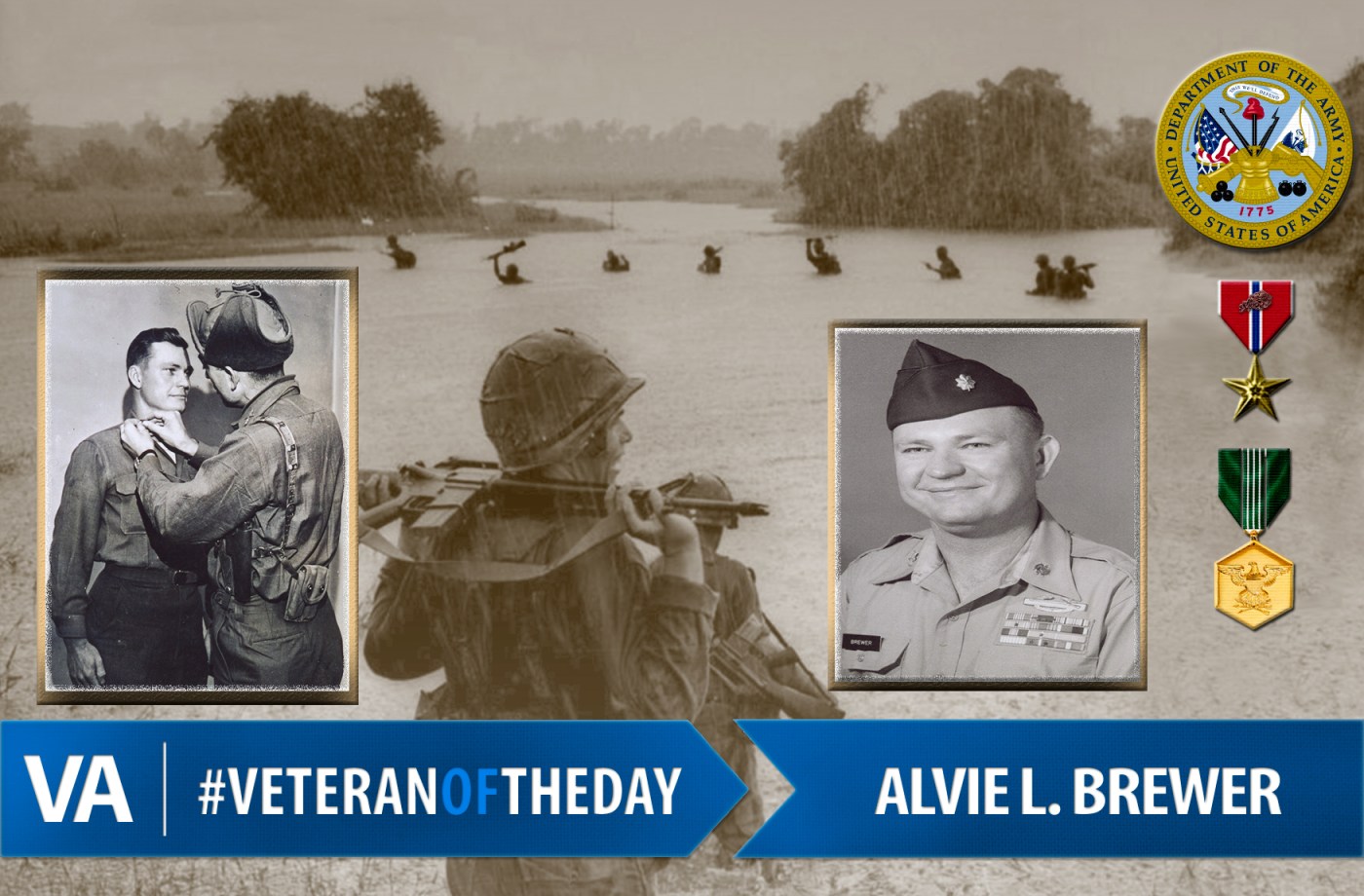 Alvie L. Brewer served in the Army for 24 years on active duty and one year in the Reserve. During his military career he saw combat action across three wars: World War II, the Korean War and the Vietnam War. In an interview for the Veterans History Project, he recounts his experiences and some of his most notable memories.

Drafted into service, his initial days were challenging. He recalls being terribly homesick and the difficulty of getting through basic training. However his determination and desire to succeed eventually saw him through. He was then sent to the Philippine Islands towards the end of the war as part of 1st Regiment, 6th Infantry Division. He still remembers his first patrol along the same route as the Bataan death march. On another patrol in Northern Luzon, his unit came under enemy fire, but Alvie momentarily forgot about the attack as a snake fell on him and wrapped itself around his neck. He also remembers the caribou ice cream.

During the Korean War, he served with the 377th Transportation Truck Company. While receiving a battlefield commission in Korea, he recalls someone playing a prank by walking into the tent with a hand grenade and pretending that the pin had fallen out. “He dropped it and ran. The rest of us were diving under cots or any place we thought would offer some protection.”

Alvie then went on to serve with the 1st Air Cavalry Division during the Vietnam War. For his service across the three wars, he received numerous medals and citations including two Bronze Star Medals and Army Commendation Medal.

After he retired from the Army, Alvie obtained his degree in business administration and would eventually work as a Public Works Director for the City of Ruston, Louisiana. He was also active in numerous Veterans organizations, keeping abreast of VA’s activities so that he could distribute information to other Veterans in his community.

Thank you for your service, Alvie!