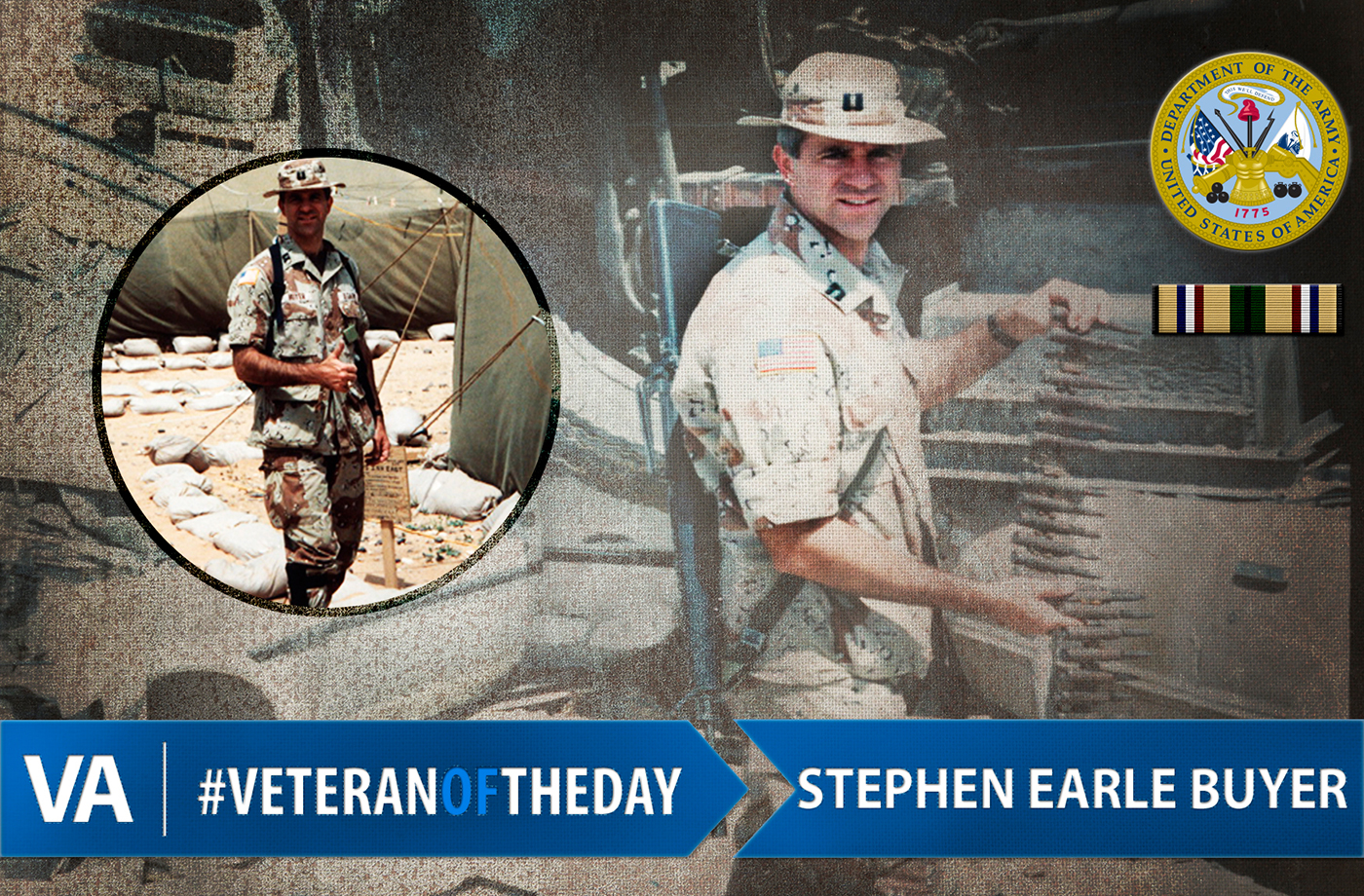 Stephen was born in Rensselaer, Indiana, in 1958, and grew up along the banks of the Tippecanoe River. When he was younger, Stephen and his brother went to summer camp at The Citadel Military College of South Carolina.

Stephen’s family had a long history of military service. “We have a family tree and it gets back to General Nathanael Greene, the Revolution, and I have both sides of my family fought in the Civil War, for the South and in the North, and we all know where they were and what battles,” Stephen said in an interview with Veterans History Project. “There’s a lot of pride in our family over our military service.”

So in 1976, when he graduated from high school, Stephen entered The Citadel, The Military College of South Carolina. At The Citadel, he became Master of Revels and Summerall Guard, and while he majored in business administration, Stephen chose to be a Medical Service Corps officer. After completing his officer’s basic course in San Antonio, Texas, Stephen obtained a law degree from Valparaiso University School of Law while staying in the reserves.

Following law school, Stephen transferred to the Judge Advocate General Corps and went on active duty from 1984 to 1987. In the fall of 1990, Stephen was again called to active duty on three days notice to participate in Operation Desert Storm. During Desert Storm, he served as an Operational Law Judge Advocate, providing legal counsel to service units in combat zone. He also provided advice drawing from the Geneva Convention related to the treatment of prisoners of war and refugees.

“Our forces, as they swung through southern Iraq, were a human vacuum cleaner.” According to Stephen, the combat units took blind men, sheepherders, women and children. “Everything ended up in the pipeline of the prisoners…and now [it] was up to me as a lawyer to sort them out.”

Stephen made sure the prisoners’ latrines weren’t facing Mecca, and that they had food, baths, proper clothing, cigarettes and Madonna. “They just wanted to listen to Madonna. So we rigged up and piped in Madonna music, all of her popular music.”

Thank you for your service, Stephen!