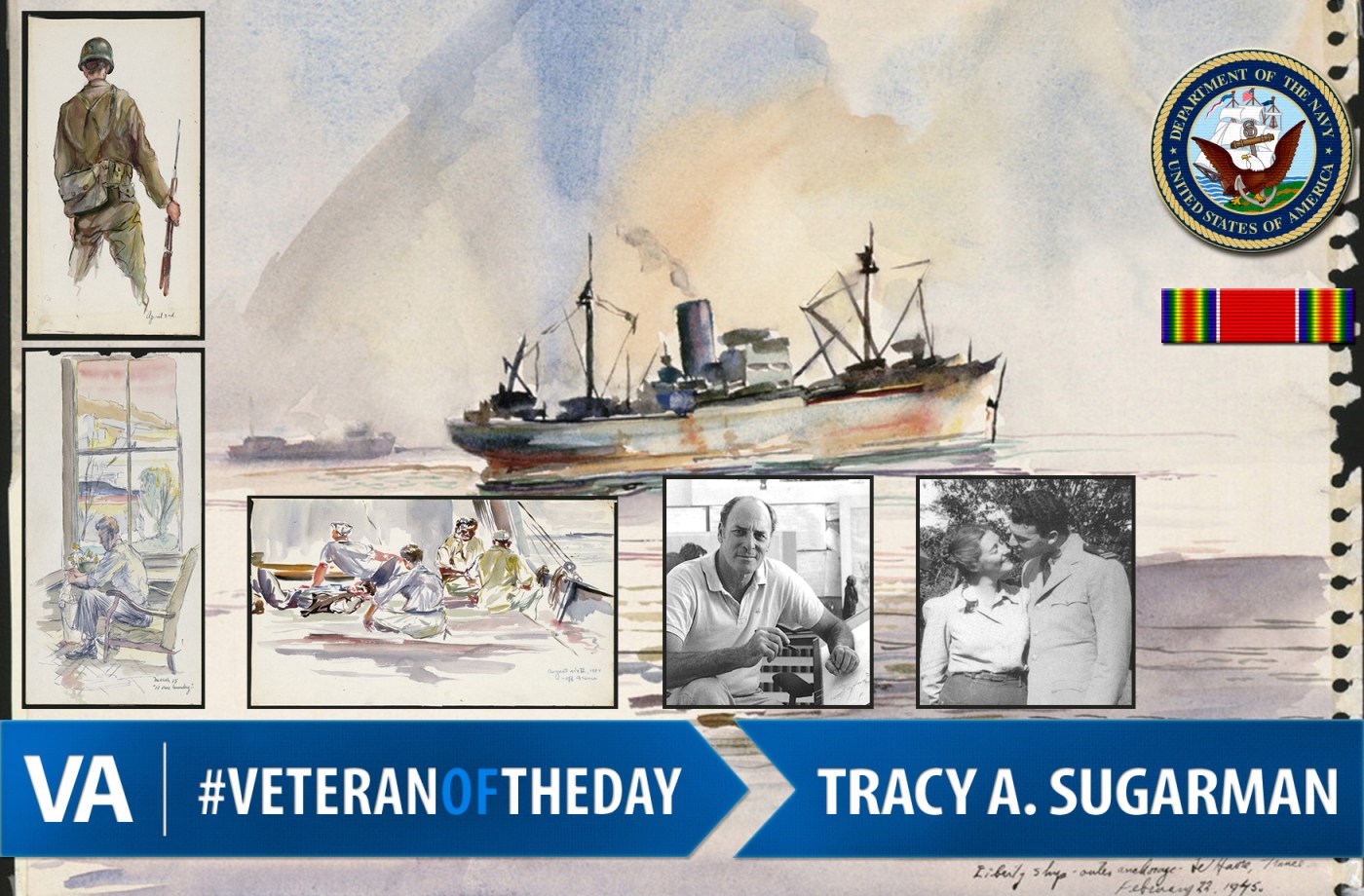 Tracy was born in Syracuse, New York on November 14, 1921. Before the war, Tracy studied at Syracuse University in the College of Fine Arts.

On December 7, 1941, Tracy was practicing a choral sing with his fraternity brothers when he heard about the bombing of Pearl Harbor. Two days later, he joined the Naval Reserve in Buffalo, New York. He remained in Syracuse to both train and finish his studies. On May 13, 1943, two days after graduating from college, the Navy called him up. At the age of 21, he attended midshipman school at Notre Dame University in Indiana. While there, Tracy proposed to his college sweetheart, June, whom he had dated for two years. Tracy was commissiond on September 22 and married on September 24. Shortly after, he and 14,000 other troops boarded the Queen Mary to England.

Tracy explained in an interview with the Veterans History Project that he wanted to use art to share his feelings and capture his experience in England for his new wife. During Tracy’s downtime, he grabbed a pencil and sketchpad to capture those moments he thought were important. Through his artwork, he wanted to show his bride what life was like during the war. He depicted how the children looked, his comrades, the blackouts in England, and the landscape of Plymouth, England. While he didn’t originally intend for anyone aside from June to see these works of art, in 2000 he compiled his drawings and letters and published “My War: A Love Story in Letters and Drawings”.

Tracy’s work of art has been featured in Fortune, New York Times, Collier’s, and other publishers. He also has received numerous awards from the Society of Illustrators and the Art Directors Club. Tracy also published other nonfiction books such as, “We Had Sneakers, They Had Guns: The Kids Who Fought for Civil Rights in Mississippi”, “Drawing Conclusions: An Artist Discovers His America”, and “Stranger at the Gate: A Summer in Mississippi”.