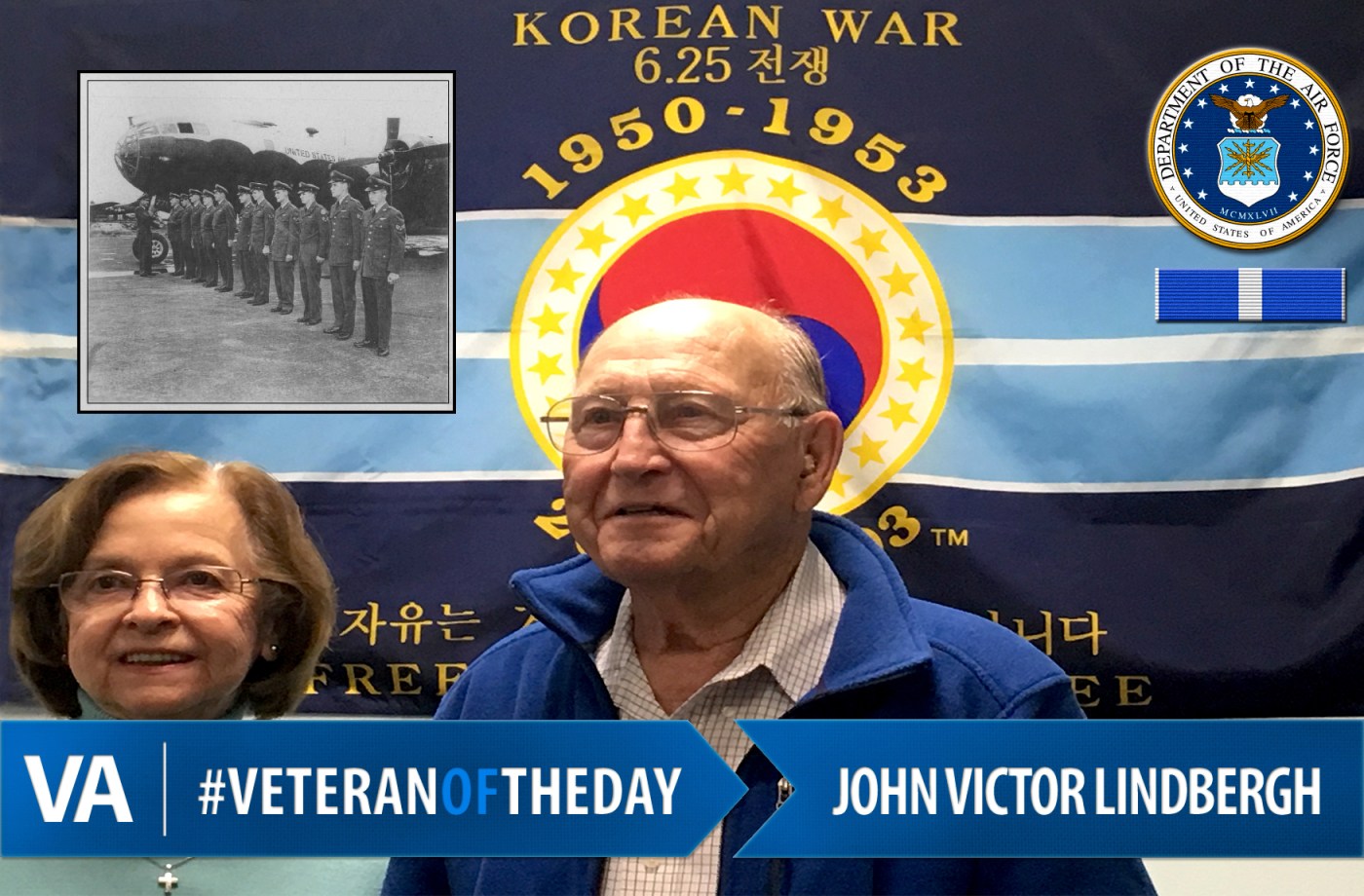 John enlisted in the U.S. Air Force in 1951 and served in the Korean War as a B-29 tail gunner. During the war, he flew 30 missions and received two Air Medals with Oak Leaf Cluster, Good Conduct Medal, Korean Service Medal and the United Nations Service Medal with Bronze Star.

After leaving the service, John worked as a carpenter until his retirement. He currently resides in Washington with his wife Pauline. They have two children, five grandchildren and two great-grandchildren.

His depiction of his war experiences is told through a touching poem he wrote.

As boys and men we joined together.

Some were issued first boots of leather.

We laughed and joked and said we’d serve,

But wondered if we had the nerve.

And when they asked, “What will you do?”

As crew we trained and lived some more,

And hardly thought at all of War.

Then to a far-off isle we flew;

This our base and home anew.

Now that time for which we’d trained;

Came too soon! We load the plane.

Across the ground and finally free;

Loaded with death and misery.

Towards the North and in the dark,

It dawns on us; this is no lark.

We cross twin lines of fires below,

Where soldiers huddle in the snow.

The first our friends; the next are foes.

To that place where we were sent;

Let go our Hell, and then we went.

A heavy conscience weighs on all.

Racing home, the boy that came,

Is no more, and will not blame.

More and more to North we went,

Delivering what no God had sent.

And then at last our leaders say;

“It’s home for you. You leave today.”

Older now, and full of life;

Lots of love and no more strife.

Some ask me still why we did fight.

I look him square; say “It was right.”

And if he asks me why again;