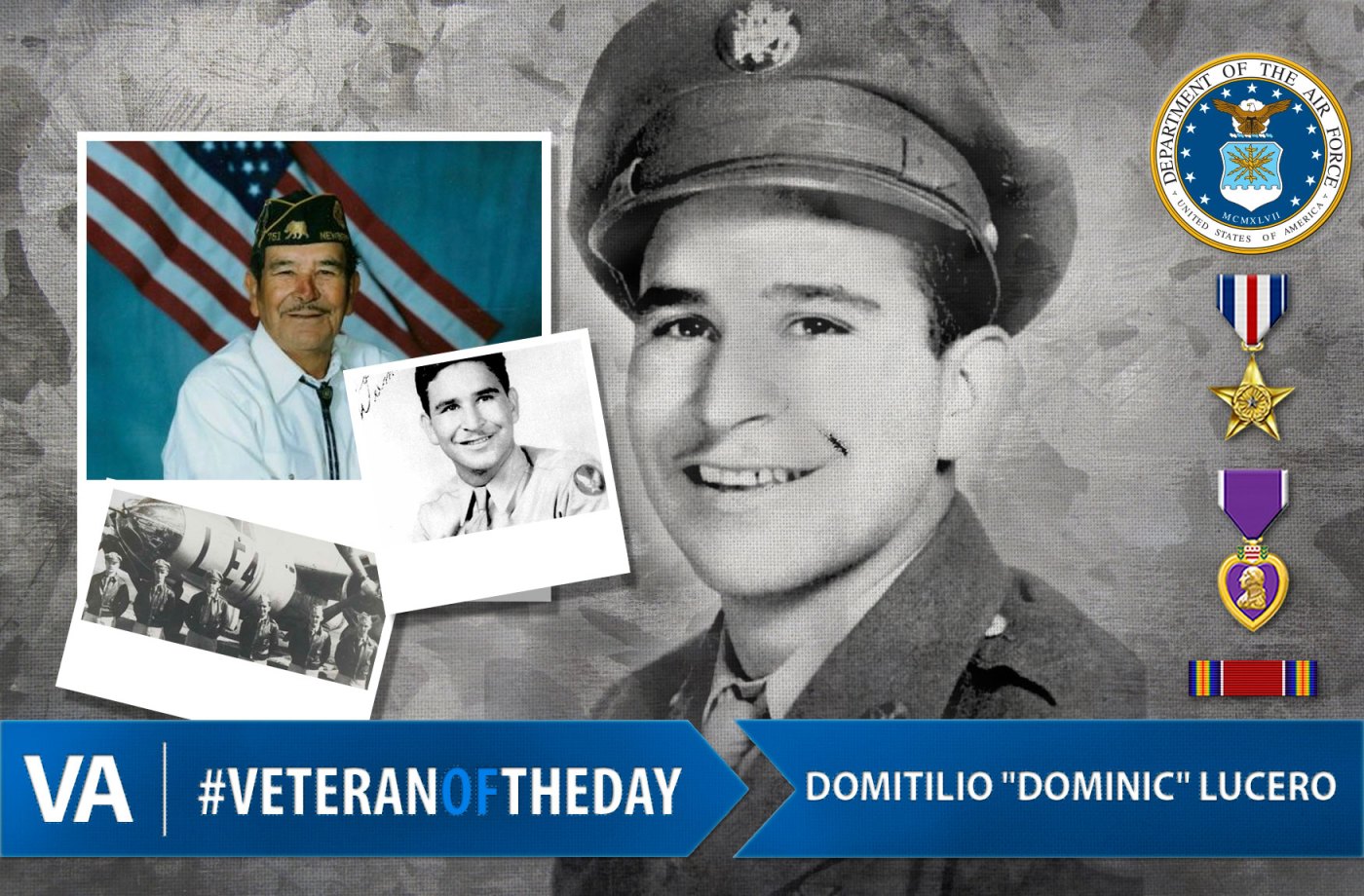 Dominic was a bottom gunner of a B-26 aircraft during the Battle of the Bulge in Ahrweiler, Germany, when the aircraft was struck by enemy fire and crashed behind enemy lines. Dominic was one of the two members of his crew to survive the crash. He was a recipient of the Silver Star, Purple Heart and Presidential Unit Citation. Lucero was a member of the Disabled American Veterans for 30 years and served as Commander and Chaplain of the Newberry Springs American Legion Post 751.

All four of Dominic’s sons served in the U.S. military. He passed away in Barstow, California, in October 2012.

We honor your service, Dominic.