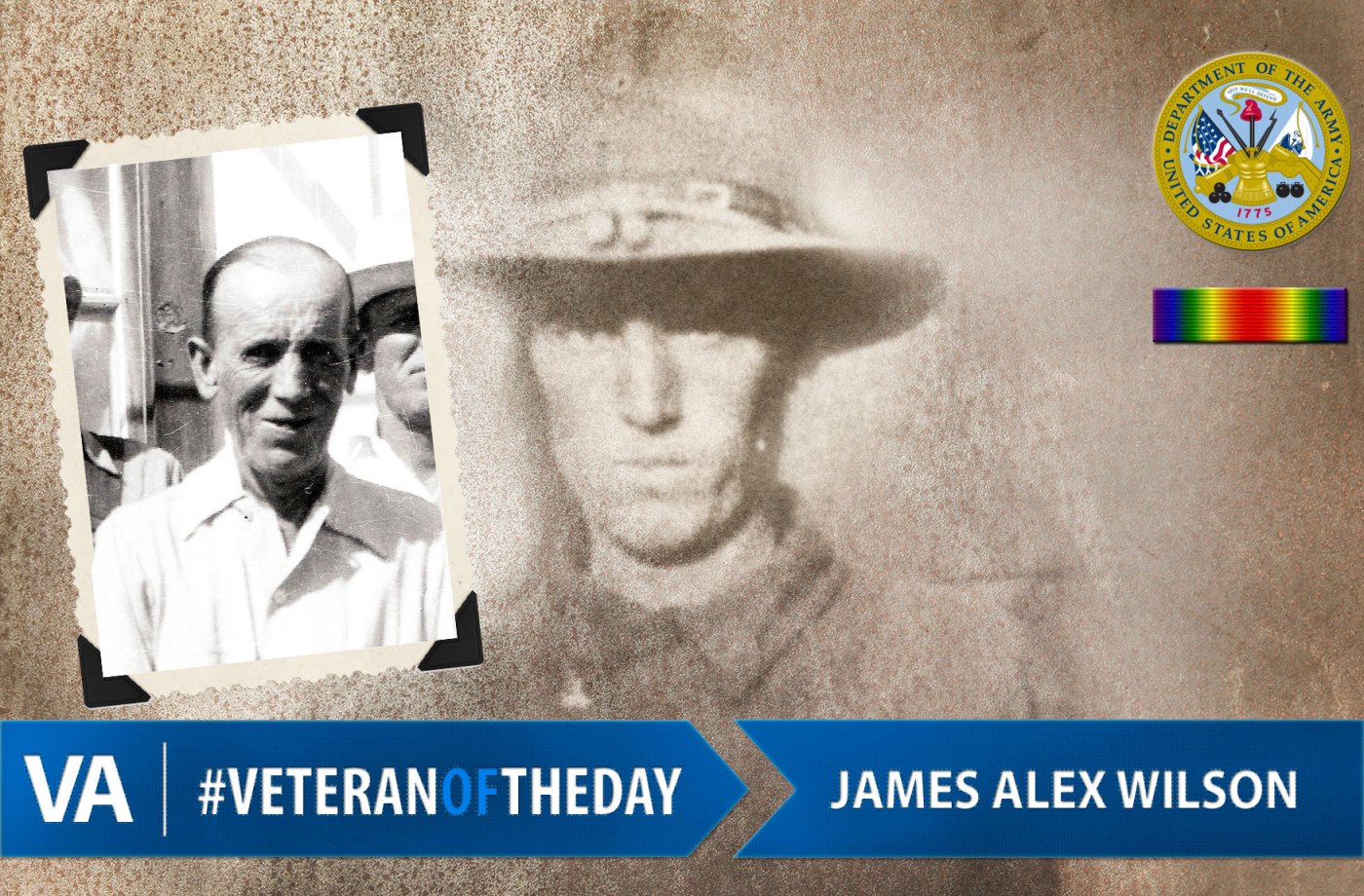 James was born in 1891 in Pineville, Missouri. He was the oldest child of Frank and Fannie Wilson. In 1908, his family moved to Oklahoma. It was about nine years later when James, who had been working for the North Texas and Santa Fe Railroads, signed his draft registration card for the Army.

In June of 1918, James was inducted into the U.S. Army for World War I, from Shattuck, Oklahoma. After fighting in the Battle of the Argonne Forest, James arrived back in the United States on June 7, 1919. The Army assigned him to the Casualty Detachment Demobilization Group at Camp Pike, Arkansas, until his date of discharge. James was honorably discharged from military service on June 20, 1919. From Camp Pike he went to Bristow, Oklahoma to be with his family.

We honor your service, James.