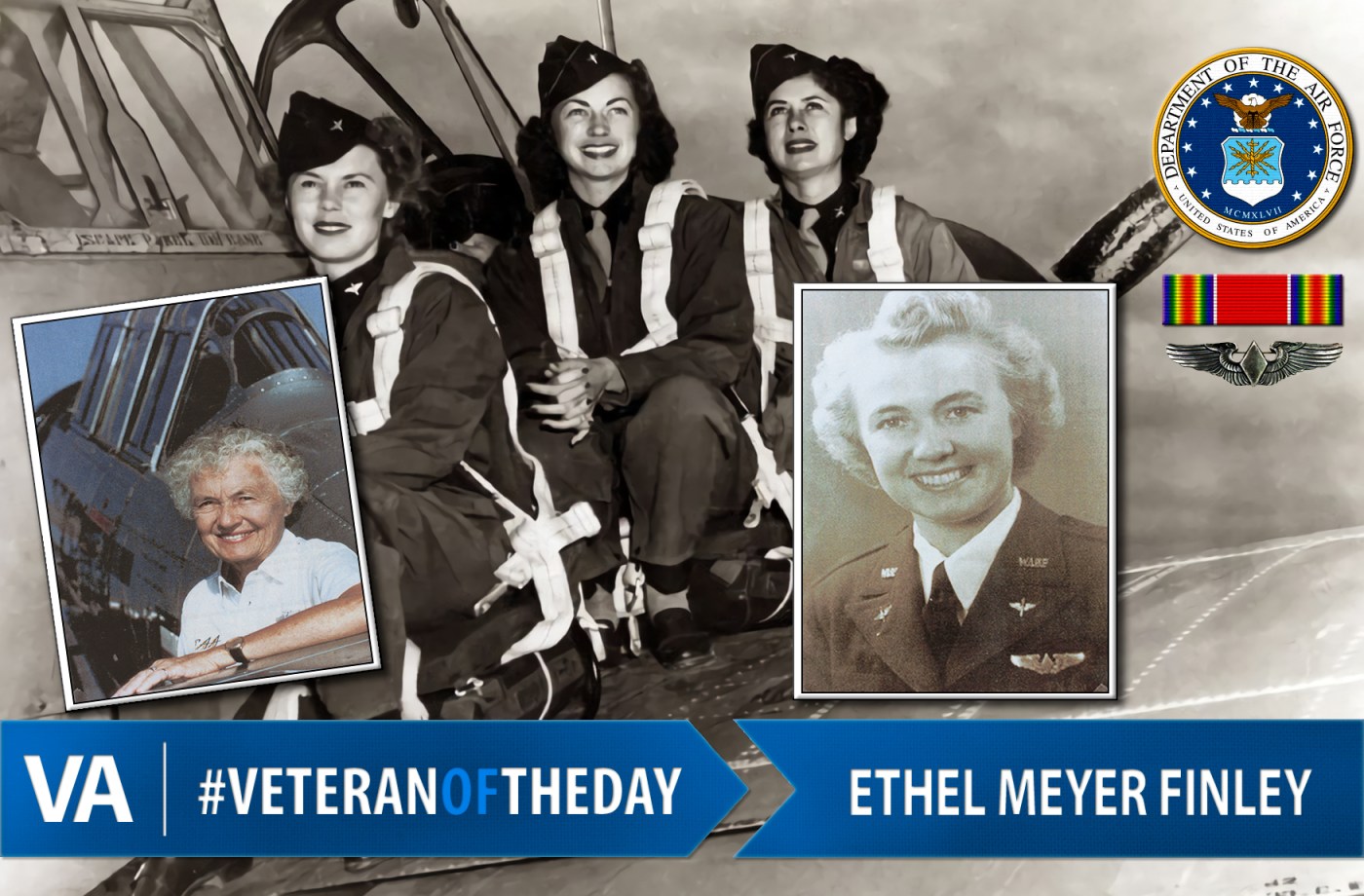 Ethel was born in Lake City, Minnesota in 1920 and lived on a farm in Rochester with her mother, father and younger sister. Her mother was a school teacher who always encouraged her children to pursue an education. As Ethel explained in an interview with the Veterans History Project, during this time children who lived on farms rarely even attended high school. Nonetheless, Ethel graduated from high school in 1937 and entered Winona Teachers College to study science, mathematics and physical education.

In 1940, Ethel signed up for a civilian pilot training program that accepted only one female out of a class of 10. As a 20-year-old, she obtained her private pilot’s flying on the weekends and during the week, taught at a small high school in Rushford, Minnesota. In the winter of 1942, Ethel received an invitation to fly for the military and report to Chamberlain Field in Minneapolis. In March 1943, she trained at Sweetwater, Texas, as she entered the fifth class and joined the Women’s Flying Training Detachment at Avenger Field. That same year, she became a Women Airforce Service Pilot or WASP. Ethel was stationed at Shaw Field in South Carolina and, for more than a year and a half, flew 12 different aircraft. The WASP program disbanded on December 20, 1944.

After serving, Ethel married and had two daughters and one son. She became an active member in the WASP WWII organization, serving as regional director and national president.

Ethel was honored with the Trailblazer Award of Delaware to commemorate her for being one of the first women to fly a military aircraft. She was named to the Delaware Aviation Hall of Fame in 2001.

Ethel passed away in February 2006.