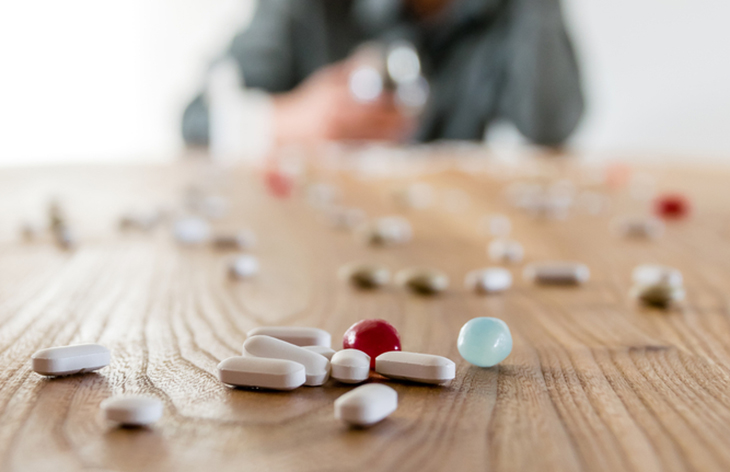 This guest blog is authored by Robert Yagoda, executive director of Beach House Center for Recovery, who brings more than 10 years of combined clinical and administrative experience in facility-delivered drug and dual diagnosis treatment. He provides his perspective on treating Veterans with dependency or mental health issues.

Illicit drug use among military personnel is actually quite low when compared to civilians: two percent to 12 percent respectively, according to a 2008 survey.

However, prescription drug use and binge drinking occurs at a much higher rate among Veterans and the numbers are growing, according to the National Institute on Drug Abuse. In fact, a Department of Defense study found that prescription drug misuse occurs 2.5 times more often in Veterans than it does in civilians, as the National Council on Alcoholism and Drug Dependence reported. Rates of alcoholism are high, too; NIDA reports that one in five military personnel say they binge drink every week in a given month. Among combat Veterans, that number is one in four.

This is due, in large part, to the high rate of post-traumatic stress disorder that occurs among Veterans. About 11-20 percent of Iraq and Afghanistan Veterans are diagnosed with PTSD in a given year, and that’s on top of the other mental health issues they must deal with, including traumatic brain injury, depression, insomnia and more. These problems make it even harder for Veterans to readjust to civilian life and can lead Veterans to lose their jobs, lose their homes and damage their personal relationships.

Many Veterans are also suffering from severe physical injuries that cause chronic pain. By 2009, military doctors had written almost four million prescriptions to Veterans for painkillers to treat this discomfort, according to NIDA. Sadly, this unintentionally set off an epidemic among Servicemembers.

Desperate to ease their physical and emotional pain, these soldiers may go against their doctors’ orders and self-medicate with more prescription drugs and alcohol, addictive substances that can provide the dangerously false impression of reducing their symptoms. As a result, VA reports that more than two out of 10 Veterans with PTSD also have problems with substance abuse.

Veterans make up a unique class of addicts and alcoholics. They’ve witnessed terrible things that civilians only see on television or in movies; sometimes, they’ve even had a hand in them. And women in the military are at risk of sexual assault. Therefore, dependency treatment for Veterans must be different from the types of treatment utilized by civilians.

Doctors, especially military doctors and others who have direct experience with Veterans, need to remain involved in the treatment process at all levels. Because pain management is often still necessary even through the recovery process, only a trained physician can devise a pain management system that takes into account the soldier’s dependency issues.

Fortunately, both inpatient and outpatient treatment is available at VA centers across the country. The Substance Abuse and Mental Health Services Administration is also working to prevent and treat addiction among Veterans in a variety of ways. The organization provides a crisis hotline and is making an effort to establish additional programs at the state level. They’ve also established a database where Veterans can find the treatment options nearest to them.

Help can also be found at the community level. VFW halls often serve as meeting places for Alcoholics Anonymous and other support meetings, in addition to support groups that offer vets an open space for communication.

Lastly, education is key. Veterans need to be trained to spot the warning signs of addiction in their fellow servicemen and women, and in themselves as well. The sooner intervention occurs, the sooner a Veteran can receive the help they need.

Robert Yagoda is a licensed mental health counselor and certified addictions professional. What motivates him most is seeing clients make groundbreaking strides in recovery, knowing he was part of their growth and success.