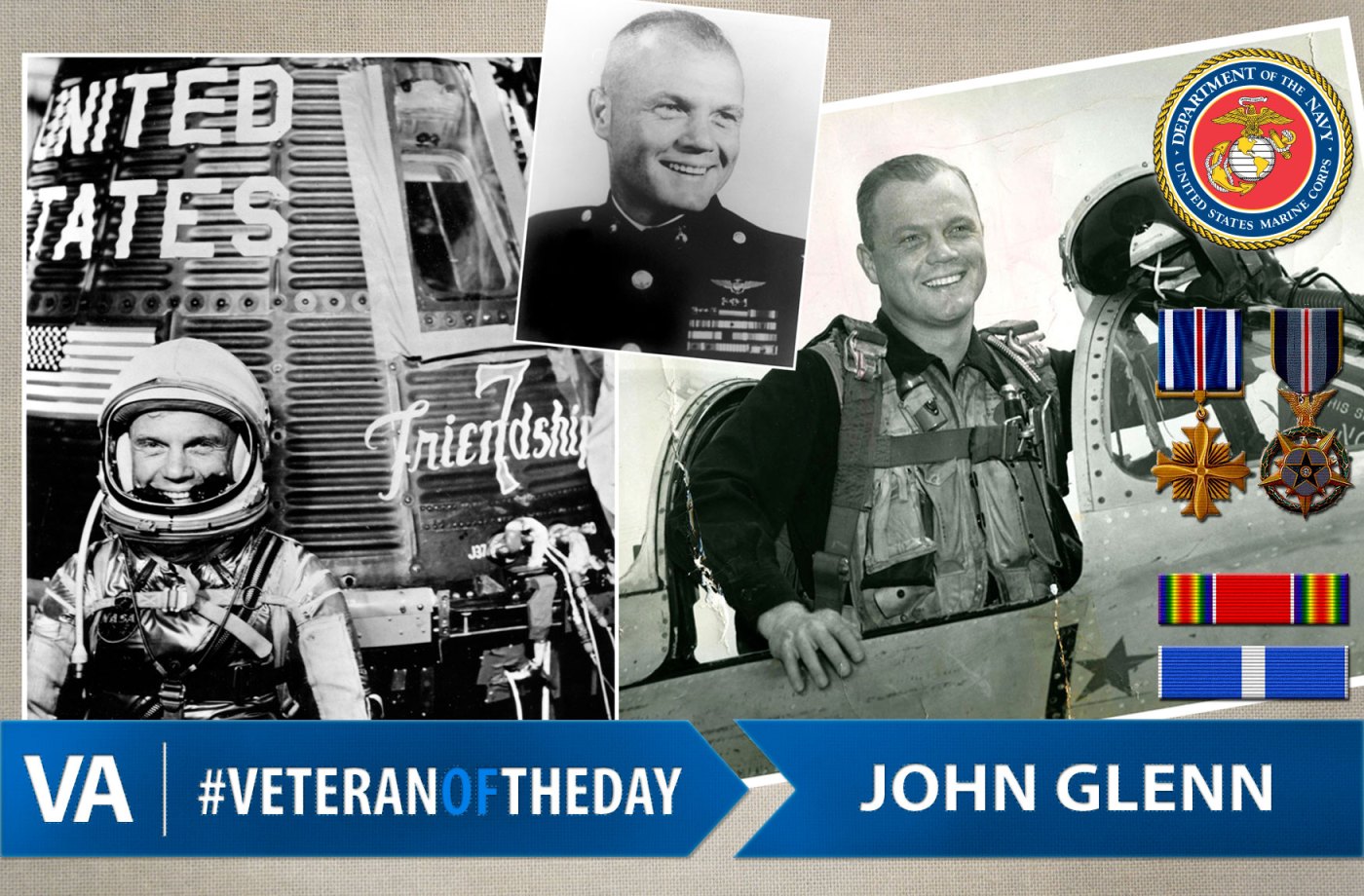 When the Japanese attacked Pearl Harbor, John quit college to enlist in the U.S. Army Air Corps. He was never called to duty, and instead enlisted as a Navy cadet.

He did his preflight training at the University of Iowa and continued to NAS Olathe, Kansas for primary training. While he was doing his advanced training at NAS Corpus Christi, he transferred to the Marine Corps.

In 1943, he joined VMF-155 as a fighter pilot and flew 59 combat missions in the South Pacific. He also flew patrol missions in North China with VMF-218. During the Korean War, he flew his F9F Panther in 63 combat missions and a F-86F in 27 missions.

John was recruited to NASA and became the first American to orbit the Earth.

After retiring from NASA and the Marine Corps, John went on to serve as Senator for Ohio and helped found the John Glenn Institute for Public Service and Public Policy at Ohio State University (now known as John Glenn College of Public Affairs).