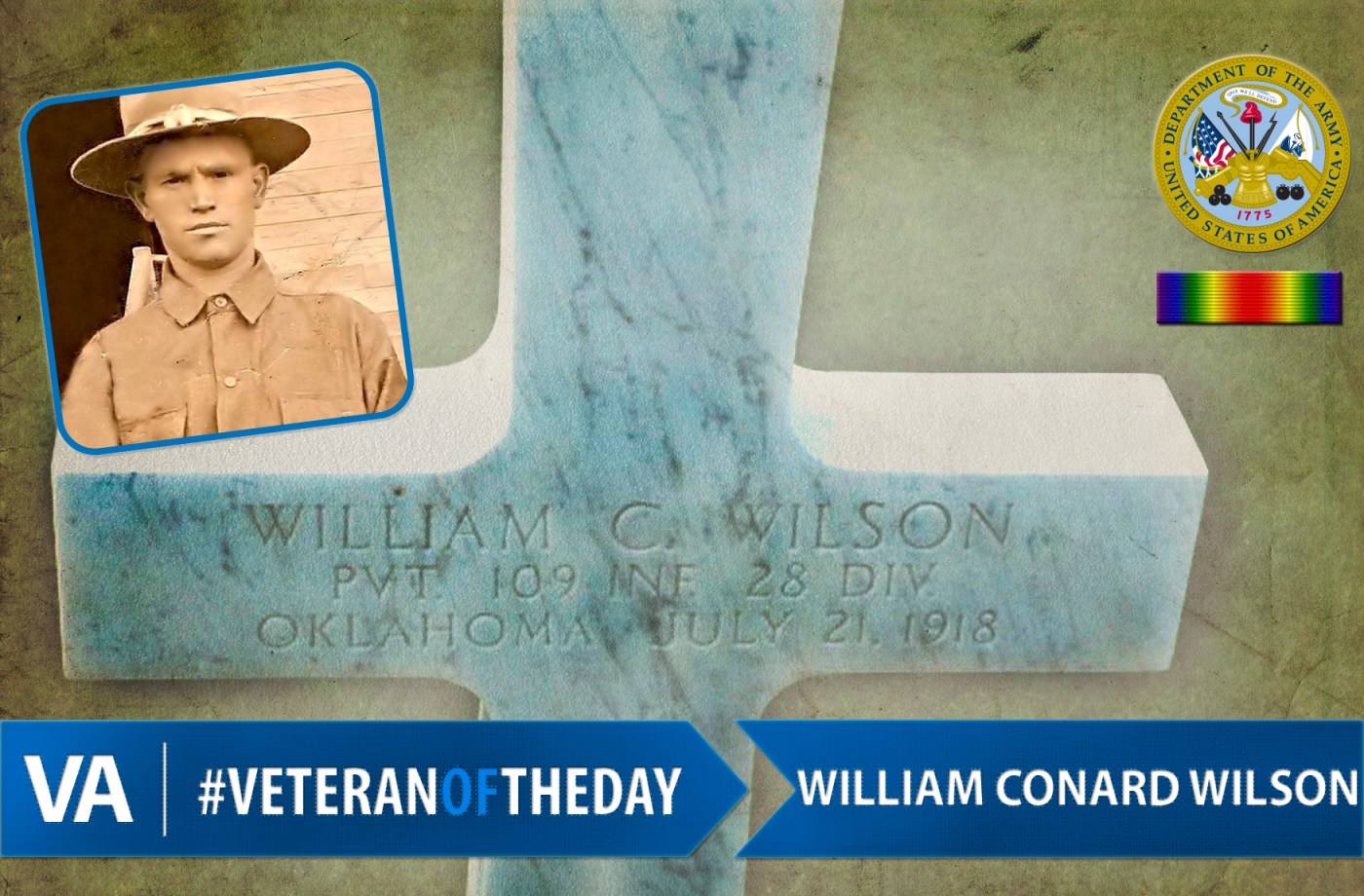 Born in 1893, William was described as short, had brown eyes and brown hair. Already balding—a family trait, William had worked for the North Texas and Santa Fe Railroads. He signed his draft papers at the age of 24, alongside his brothers Alac and Orval and cousin, W. Hixon, in June 1917.

William’s military career was immediate. Entering as a private, he was assigned to the 109th Infantry Regiment, 7th Division (later recognized as the 28th Division) in Camp Hancock, Georgia. He deployed with the American Expeditionary Force to France in May 1918. There, he fought in the second Battle of the Marine alongside the French and British forces. He was one of the many Americans who helped hold the offensive front against the German army.

William passed away that summer. While reported originally as missing in action, William is believed to have died in mid-July from his wounds while in the line of duty. His family formally received news of his death a month later, in August. William’s mother never recovered from her son’s death, and is remembered to have torn up his military paperwork in her grief. His young siblings attempted to reconcile the damage, gluing the pieces of their brother’s award onto a stiff piece of paper.

William was buried in the Aisne-Marne American Cemetery and Memorial in France.