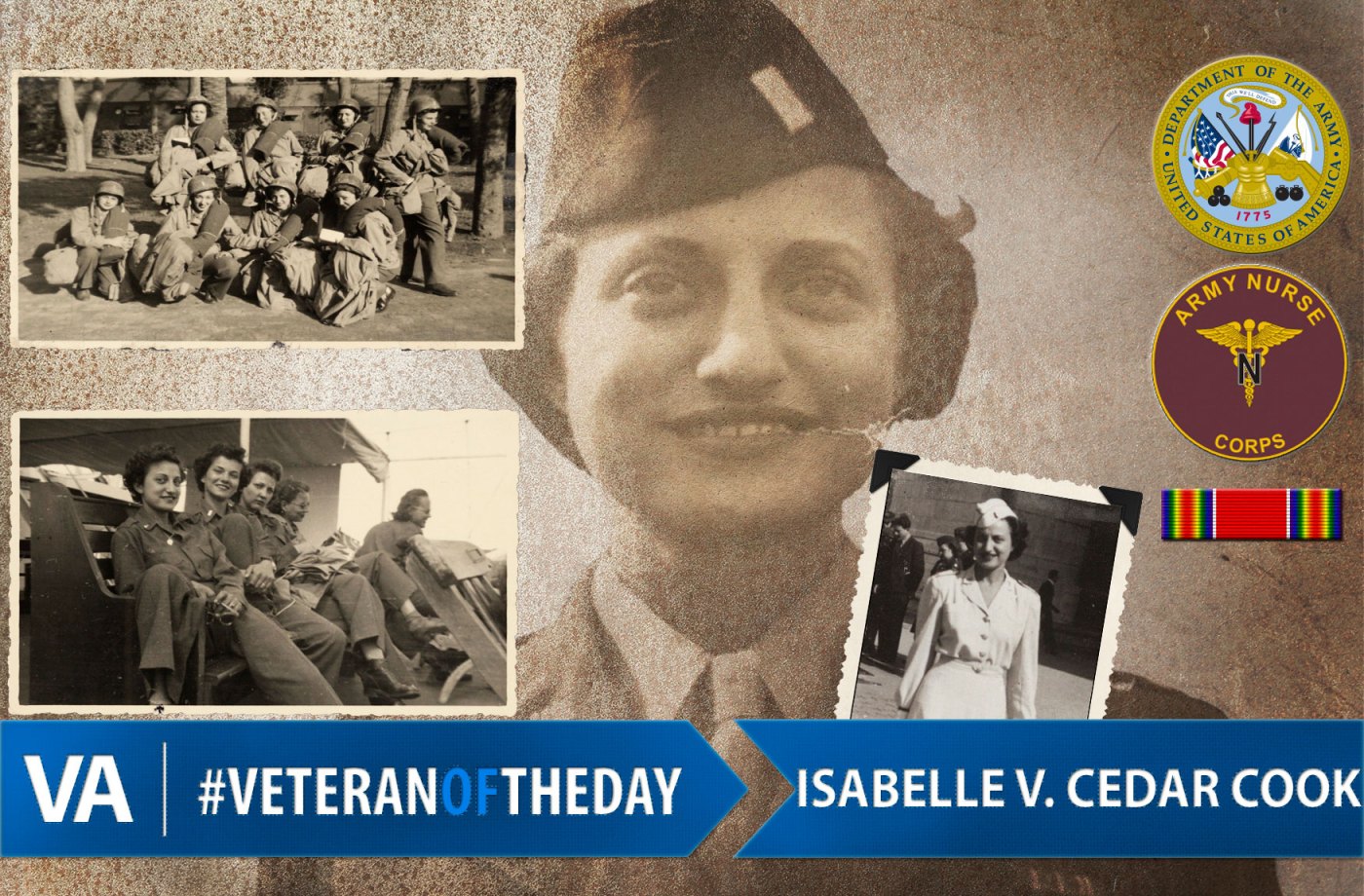 Isabelle had just graduated from Mount Sinai Hospital School of Nursing when World War II broke out. Without telling her family, Isabelle volunteered to go oversees with the Army Nurse Corps.

On May 5, 1943, Isabelle and her colleagues landed in Casablanca, Morocco, where they spent three months waiting for the Germans to be defeated in Tunisia. After the three months, Isabelle was one of 10 nurses selected to go on the advance party to Mateur, Tunisia. They traveled 1500 miles across North Africa in a two and a half-ton open truck.

When they finally arrived in Mateur, Isabelle witnessed the devastation left by bombs, which forced the local residents to live in caves. She and the other nine nurses were put in charge of setting up the hospital. Isabelle was assigned to be the hospital’s housekeeper. “Here I am about 22 years old, never took care of a house in my life and suddenly, I’m the housekeeper,” Isabelle said in an interview with Veterans History Project, “Well, I thought I don’t know anything about it, but like Scarlett O’Hara, I’ll worry about it when the time comes.”

Because there remained severely wounded German soldiers that could not be evacuated, they immediately became prisoners of war and the nurses took care of them. The rest of Isabelle’s unit arrived about several days later and they set up the entire hospital in eight days.

They soon began receiving casualties from Sicily. In all, they received about 2,000 patients and were forced to open another thousand-bed hospital and complete double shifts. Isabelle stayed in North Africa for one year and her unit took care of about 5,000 patients.

Next Isabelle and her unit followed General Marquardt’s Fifth Army to Rome. Because Rome had not been captured yet, they were set up in an orange grove outside of. There they looked after French, Arab and Senegalese troops, as well as American soldiers wounded from the Anzio beachhead and the Battle of Casino. Isabelle and her unit stayed in Italy about nine months.

Following Italy, Isabelle was transferred to Aix-en-Provence, France. Isabelle looks back fondly on the French chef who cooked her meals there. It was in France on May 7, 1945, that the war ended and Isabelle and her colleagues celebrated VE Day.

After 28 months overseas, in September 1945, Isabelle got her orders home. Coming home, Isabelle said the best sight she ever had was that of the Statue of Liberty.

After her service, Isabelle joined the Third General Hospital World War II Association, was charter member of the Women’s Memorial in Washington, D.C., and wrote a book called In Times of War. She also visited schools to talk to the children about what it was like to be a nurse during the war.