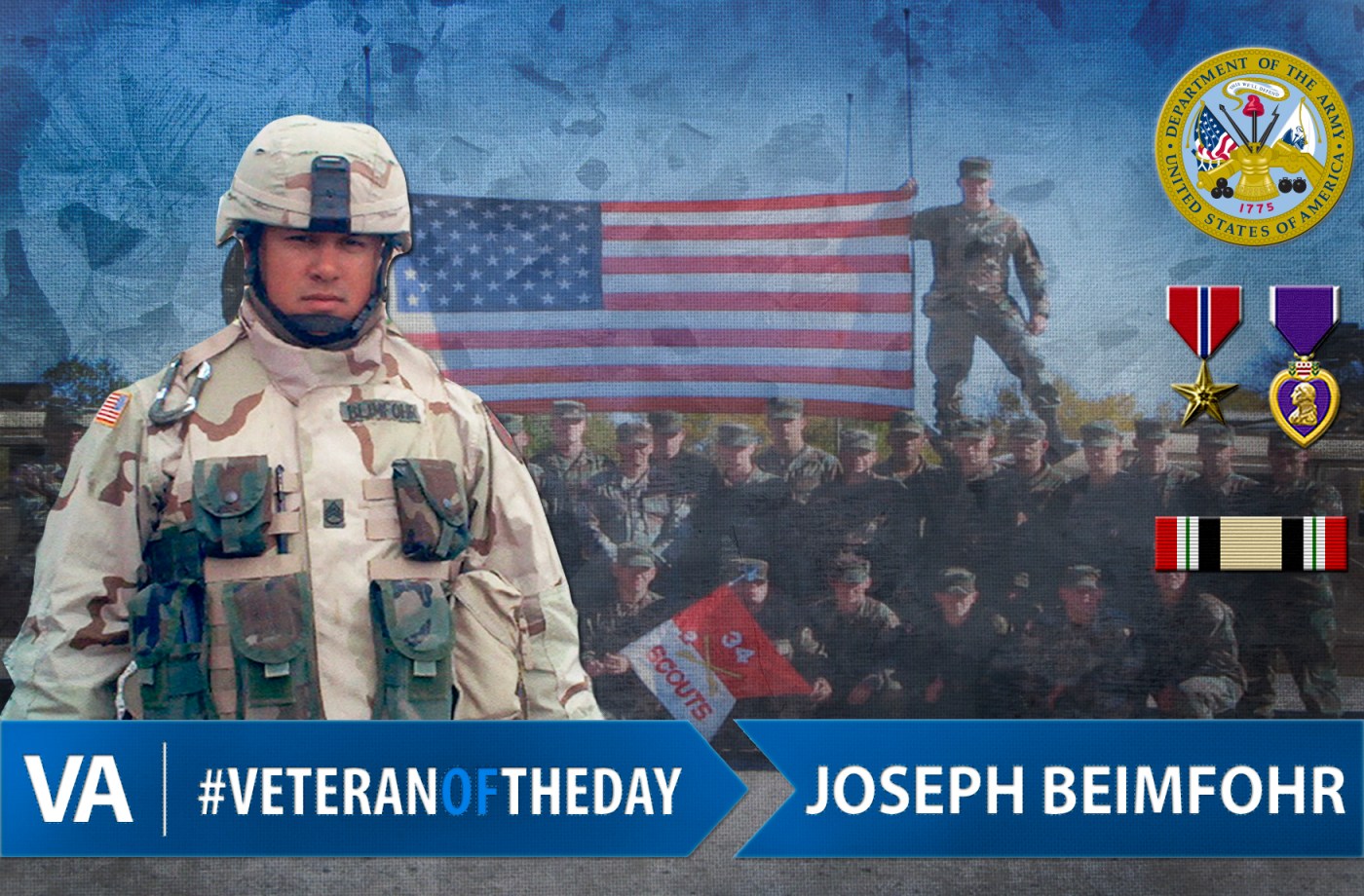 On July 5, 2005, Joseph was critically wounded when an improvised explosive device detonated on his 15-vehicle convoy. In the aftermath, both of his legs were amputated. His colorful recounting of that fateful day, laced with humor and pragmatism, is revealing in how he has chosen to approach life thereafter – by refusing to let his injuries limit him. In an interview for the Veterans History Project, Joseph detailed his experiences in the Army and his service in Operation Iraqi Freedom.

Growing up, Joseph wanted to be a policeman but he was too young to join the police academy. Instead, he enlisted in the Army two days after his 17th birthday to gain the skills that he thought would later help him as a police officer.

Joseph deployed to Iraq during the third Operation Iraqi Freedom, as part of the 34th Armor Regiment, 1st Infantry Division. He recalled telling his troops not to let fear overwhelm them. “I was scared, too, but I always acted. While you’re here, if there’s something you can do that will help your other fellow soldiers from getting killed, you need to do it.” He would take his own lesson to heart.

On July 5, 2005, Joseph and fellow Soldiers were out investigating the execution of local Iraqi contractors. On their way back to the base, his lieutenant spotted a copper wire, typically used to detonate improvised explosive devices, running across the road. Joseph led a team to inspect the site and discovered a chain of the bombs. After cutting the wire, another bomb exploded nearby. He remembers getting hit by rocks and debris. “I was stunned. I looked down and blood was pouring out below my vest.” He credits his men for saving his life.

He was later told that his left leg had been severed on impact. Every bone in his right leg was shattered. With his humor intact, he recounts the moment when the flight nurse asked for his blood type. “I said B+. Well I guess my guys heard that and they interpreted it as me saying be positive.”

As it turns out, “be positive” was exactly how Joseph approached his recovery. “Yeah it sucks, but it doesn’t mean your life has to stop. I was thankful to be alive.” He remains active by teaching self-defense to people with disabilities and working towards qualifying for the U.S. Paralympics hand cycling team.