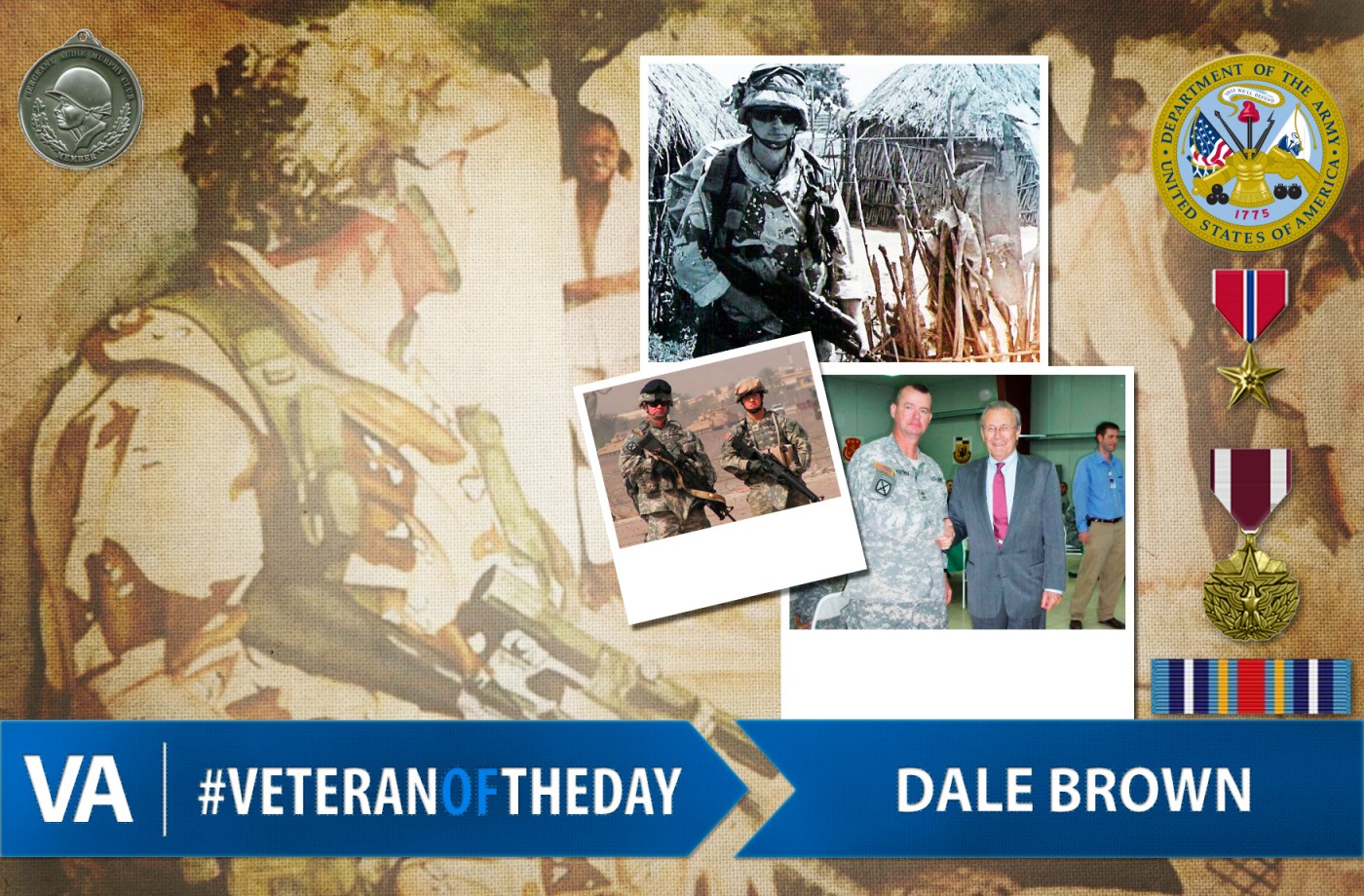 Inspired by his father who served in the Korean War and a personal sense of patriotism, Dale enlisted as an infantryman at 18 years old in 1979. With a career spanning over 26 years, he has received the Bronze Star and the Sergeant Audie Murphy Award, among many other decorations.

First attached to the 82nd Airborne Division, Dale served in Operation Urgent Fury in Grenada. He then transferred to the Berlin Brigade in 1984, deploying to West Berlin. There, he remembers guarding Rudolf Hess on Hess’ 90th birthday at Spandau Prison. Hess had been sentenced to life imprisonment during the Nuremberg Trials.

In 1992, Dale deployed with the 10th Mountain Division to Somalia on a humanitarian relief mission later coded Operation Restore Hope. There, a photo was taken of Dale while on guard-duty, which was later re-imagined into a painting called “Oh Watch” by Sergeant (Ret.) Jeffrey T. Mauszak. The artwork was featured in the National Archives. He also assisted that year with Hurricane Andrew Relief. In 1994, Dale participated in Operation Uphold Democracy in Haiti.

During his service, Dale has also served as an ROTC instructor, training the next generation of officers at Gonzaga University in Washington. His last deployment was with the 4th Infantry Division to Iraq in 2006.

After his retirement in 2007, Dale earned two degrees in geoscience with minors in history and political science from Indiana University. He now works as a naturalist at the Falls of the Ohio State Park in Indiana.

Thank you for your service, Dale!