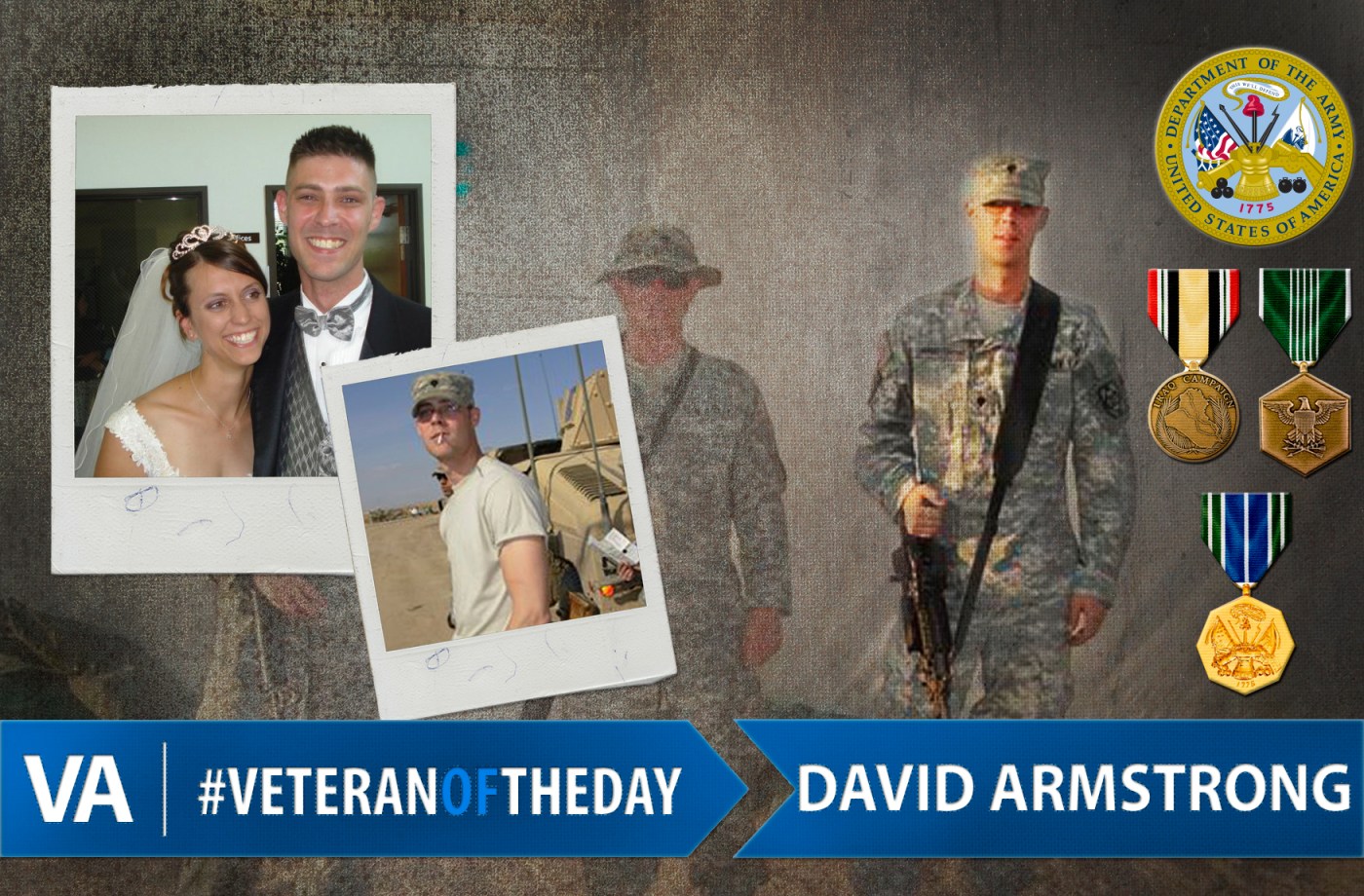 David joined the Army in 2001. He was in basic training during the September 11 attack. He deployed in 2004 and was stationed outside of Baghdad. Once he returned from Iraq, David reenlisted and redeployed to Iraq in 2006. On his second deployment, he was stationed on FOB Endurance in Qayyarah Airfield West.

David was honorably discharged in 2008.

David lives in a suburb of Denver with his wife and three sons. He is currently attending school for radio and television broadcasting.

Thank you for your service, David.