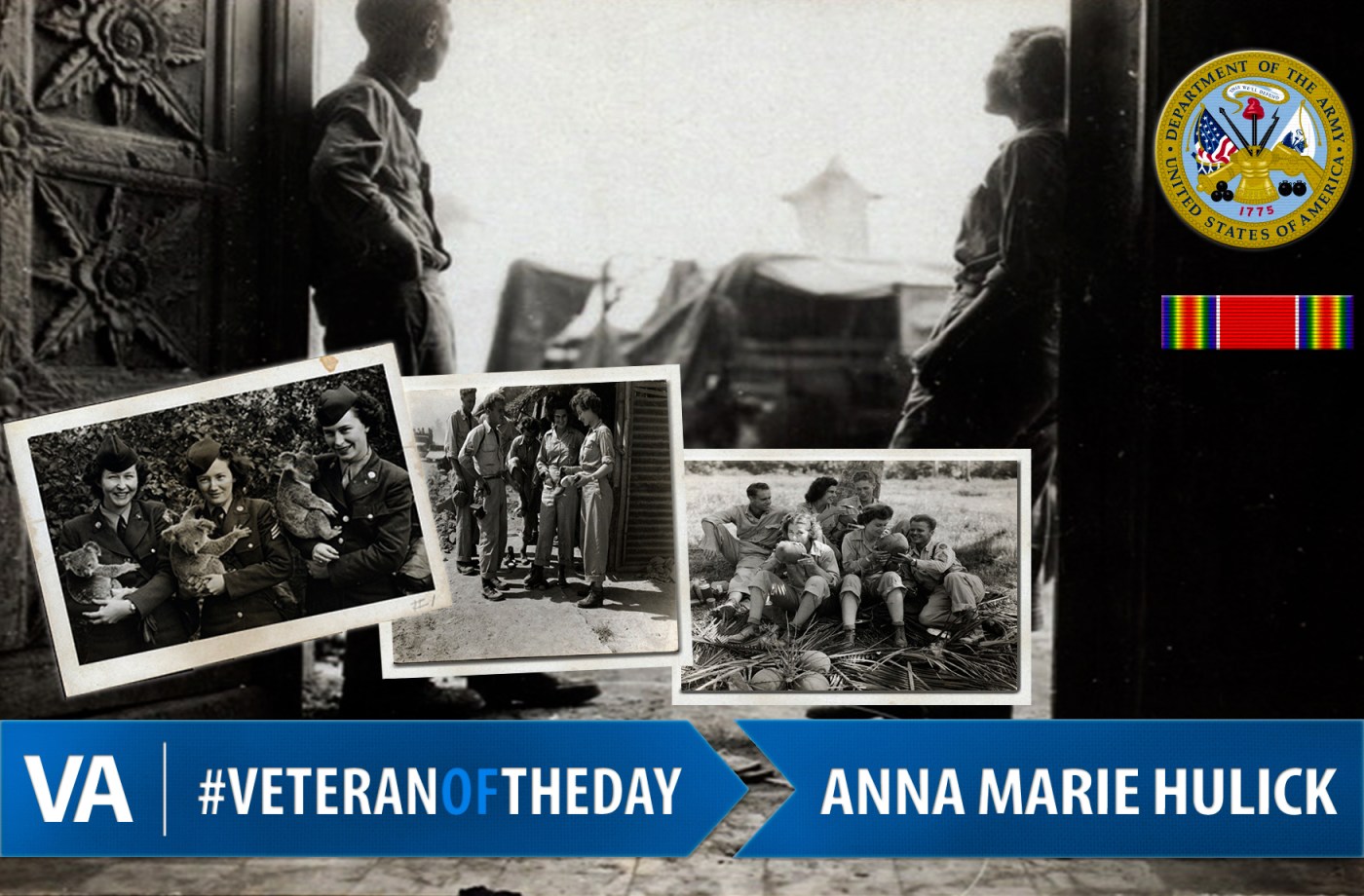 Anna Marie Hulick served in World War II as a secretary in the Women’s Army Corps. When she enlisted however, she had no desire to be a secretary. After working in a small town in Nebraska, her one ambition was to go overseas.

Anna enlisted in 1943 and was sent to Fort Leonard Wood. She failed her typing test, but was told that she would eventually work for the colonels or generals. She was terrified. In an interview with the Veterans History Project, she recalled her first day on the job and receiving instructions from the aide. “He said if a major general comes in, two star, I would stand. I said yeah, I would too. But there wasn’t one on the post. Well, I hadn’t been on that job 20 minutes when the door opened and a major general walked by me. Of course I didn’t move. I just sat there with my mouth open, looking at him.”

Eventually she got her wish to go overseas and was sent to Brisbane. Anna was one of seven women assigned to Section 22, General MacArthur’s headquarters in Brisbane. Afterwards, Anna went to Manila. She said her most interesting assignment was while she was in a meeting in the office of signal with commanders and admirals shortly before Victory over Japan Day. While she wasn’t specifically assigned to take to notes at the meeting, she did it anyway to ease her discomfort at being the only woman in the room with nothing to do. After the meeting, the colonel asked for her notes and complimented her. Anna later found out that it was Operation Japan, before the bomb. She’s often wondered if the men in the room at the time had knowledge of that fact.

After leaving the service, Anna continued on as a secretary for 30 years, working on Wall Street. She said of her experience in the Women’s Army Corps, “I enjoyed the military service. People ask me what I did and I always laugh and say I danced my way around the South Pacific.”