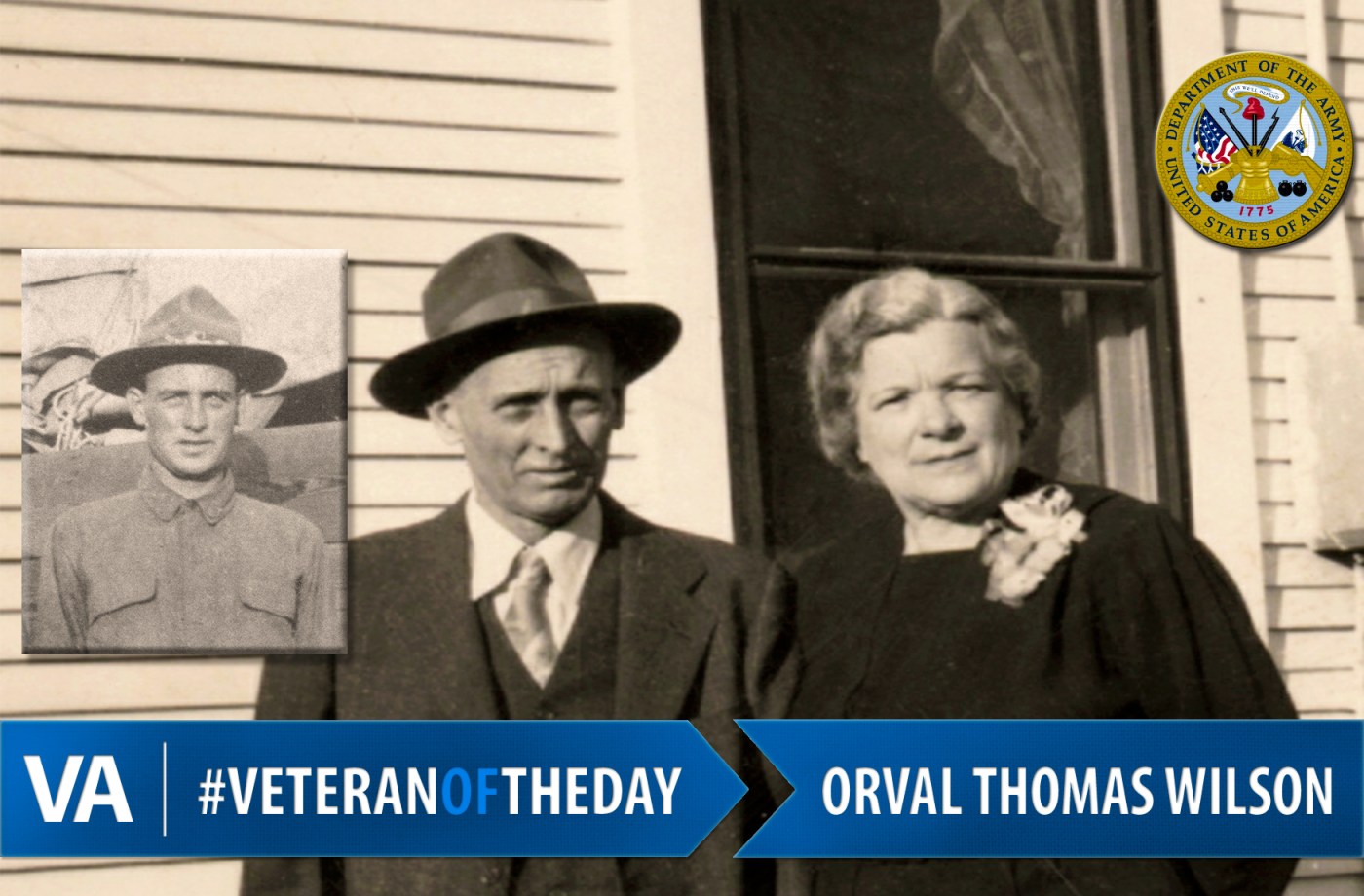 Orval Thomas was the third child born to Frank and Fannie Wilson in 1896 in Neosho, Missouri.

Orval was inducted into the U.S. Army’s Medical Department June 1918 and was sent to Fort Riley in Kansas. On September 11, he departed from the U.S. and arrived overseas September 29. Orval served six months in France before he was diagnosed with tuberculosis. He was sent to Field Hospital # 358 and four other units before entering the General Hospital #16 at New Haven, Connecticut, where he remained for about a month. Then he transferred to the U.S. Army General Hospital #21 at Denver, Colorado, in June 1919. Orval was honorably discharged January1920, though he remained in poor health.

We honor your service, Orval.