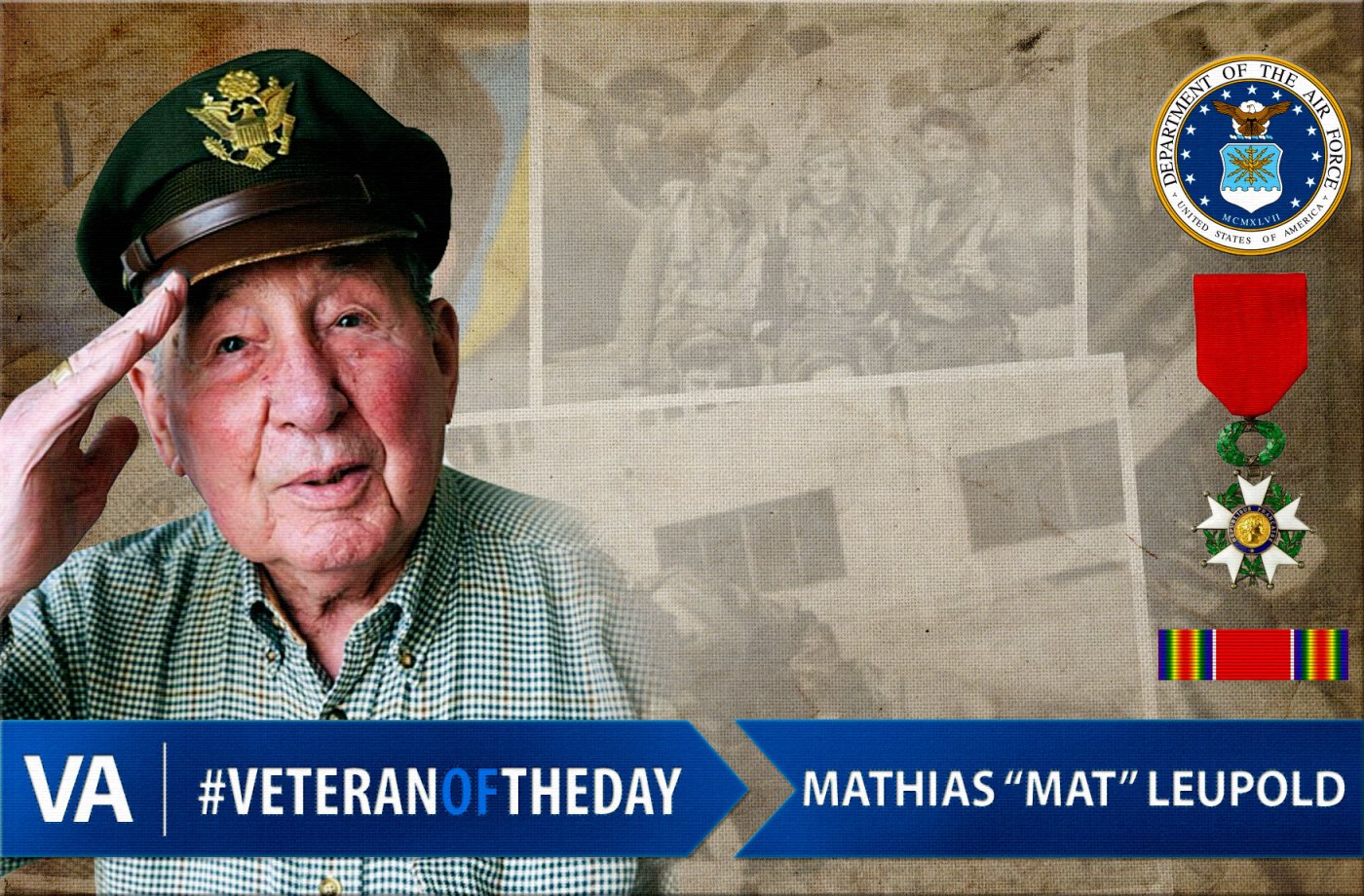 Mat grew up in Queens, New York, and joined the Army Air Corps in 1942 as a college freshman. He has always been drawn to planes, and the adventure associated with being a pilot appealed to him.
In the spring of 1943, Mat was called to duty and went to pre-flight and primary flight school. It was there that his superior officers told him he wasn’t fit to be a pilot. Instead, Mat was sent to navigation school and was eventually assigned to a 10-man combat crew. On Christmas Day in 1944, Mat and his crew found themselves in Scotland as part of the European Theatre.
For several months, Mat and his crew embarked on bombing missions during the dead of night — a total of 26 flights. As the war drew near its end, the crew switched from dropping bombs to dropping food to residents of the German-occupied Netherlands.

Although there was an agreement with that the Germans would not fire on Allied aircraft during the food drops, Mat told Metro West Daily News that the Germans went back on their word and shot at his B-17 bomber. The aircraft avoided serious damage and Mat and his crew decided to finish the food drop. When they approached the designated food drop zone, Mat noticed there seemed to be something in nearby field. What he saw has stuck with him for the past seven decades. The Dutch residents had spelled out “Thanks” in flowers in the field.
“There wasn’t a dry eye in any of the airplanes,” Mat said. “We were used to dropping bombs. It was a good way to end your combat career.”
When the war ended, Mat returned to the United States was eventually discharged from the Army Air Corps in the spring of 1946.

Last summer, on Bastille Day, Mat and two other Veterans were celebrated and awarded the French Legion of Honor. Although for most of his life, Mat felt indifferent about his service in World War II, he has since become inspired to share his story with others, especially young people. Mat participated in the Natick Veterans Oral History Project in Massachusetts and shares his war experiences with the students in Natick’s Kennedy School on Veterans Day.

Thank you for your service, Mat!