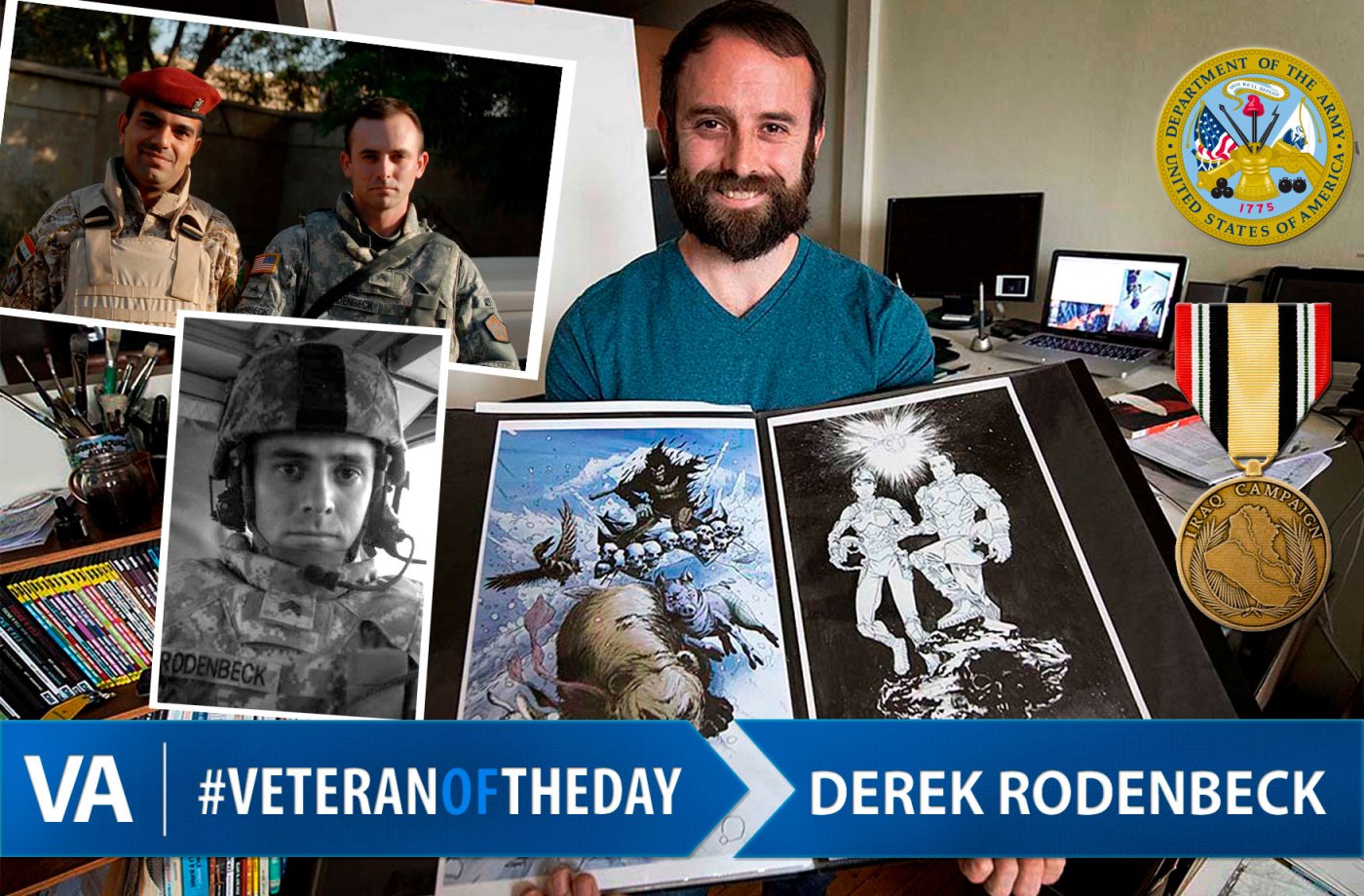 Today’s #VeteranOfTheDay is Army Veteran Derek Rodenbeck. Derek served from 2005 to 2015 during the Iraq War.

During his seven years of service, Derek served as an MP. As a Sergeant, Derek also took on responsibilities as brigade public affairs officer. He was intricately involved in managing public relations, journalism and broadcasting in combat. Derek collaborated with the Mobile Public Affairs Detachment to film and edit on-ground footage, conduct interviews, produce voiceovers, and prepare for broadcast newsreels for Armed Forces Network airing worldwide. Later, he completed a solo, full production documentary film about the war.

In 2015, Derek participated in a Veterans entrepreneurial training and education program for disabled Veterans at St. Joseph’s University in Philadelphia. After graduating, Derek experienced a brief period of homelessness, living in his car with his service dog, Kuma. However, Derek continued his work in artistry and today is the creative director of a Pottstown, Pennsylvania game developer. He is also is working on a comic book based on a movie screenplay by two writers in Georgia.

Thank you for your service, Derek!