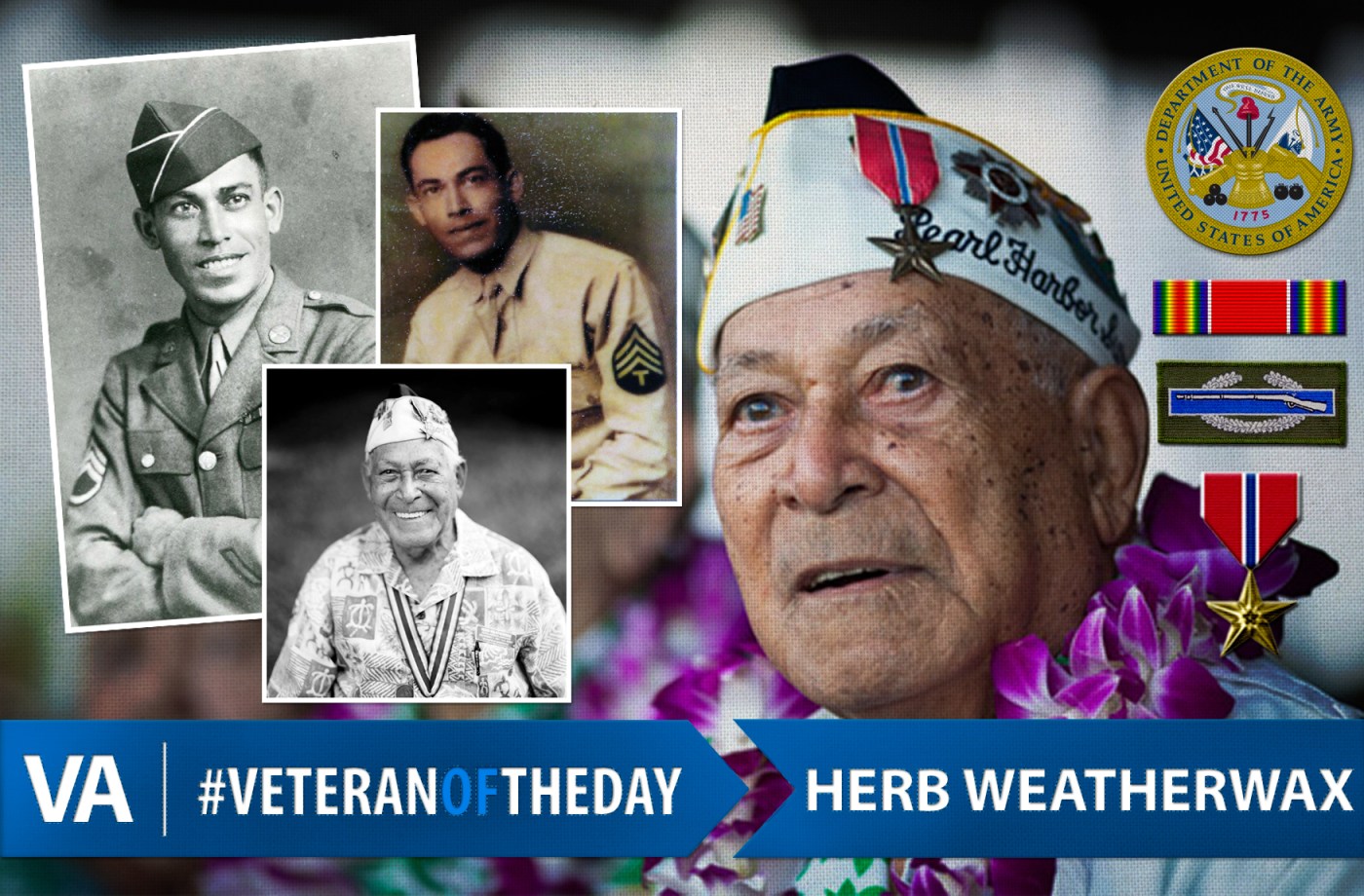 Herb Weatherwax, affectionately known as “Uncle Herb” around Hawaii, was a native Hawaiian born in Honolulu, Hawaii, on June 3, 1917.

Raised in Hilo, Herb was drafted into the U.S. Army on June 6, 1941, and was assigned to the 298th Infantry Regiment located at Schofield Barracks.

On Dec. 7, 1941, Herb was on a weekend pass in Honolulu when he heard an announcement on the radio that Pearl Harbor was under attack by Japanese forces. All military personnel were instructed to immediately return to their duty stations. On his way back to Schofield Barracks, he passed by the horrific scenes that were still unfolding at Pearl Harbor and Wheeler Army Airfield.

When they arrived at Schofield, they changed from their civilian clothes into their uniforms, were handed their weapons, and a convoy took them to their positions in the field. The Army’s mission was to protect the island of Oahu from a Japanese land invasion that was anticipated to follow the air attack. They held their position for days, while Oahu went into an island-wide blackout – no lights were allowed past dusk. The only light that was showing was the USS Arizona, as it burned for two-and-a-half days.

In 1944, Herb left Hawaii for training in the signal corps. He was reassigned to the 272nd Infantry Regiment, 69th Division stationed at Camp Shelby, Mississippi. The 69th Division was sent to Europe and entered combat at the Eifel Forest in Belgium during the Battle of the Bulge. From there, his regiment moved inland to join Russian troops in a town called Torgau, which was located on the west bank of the Elbe river in eastern Germany. When the two allied armies linked up, there was a sense of joy among them, knowing that the end of the war in Europe was near.

Herb joined the National Park Service volunteer program in 1996 and enjoyed sharing his war stories with many of the USS Arizona Memorial visitors.  He participated in the “Witness to History” videoconference program where he spoke with students all around the world.

“It is up to Survivors to perpetuate the history until we are gone,” he said. “I am always learning from others and thought that someone might pick up one or two little things from what I have gone through.”

Uncle Herb passed away on Monday, Dec. 12. He was 99 years old. He attended the most recent 75th National Pearl Harbor Remembrance Day Commemoration Ceremony at Joint Base Pearl Harbor-Hickam on Dec. 7. According to his family, it was his final wish.