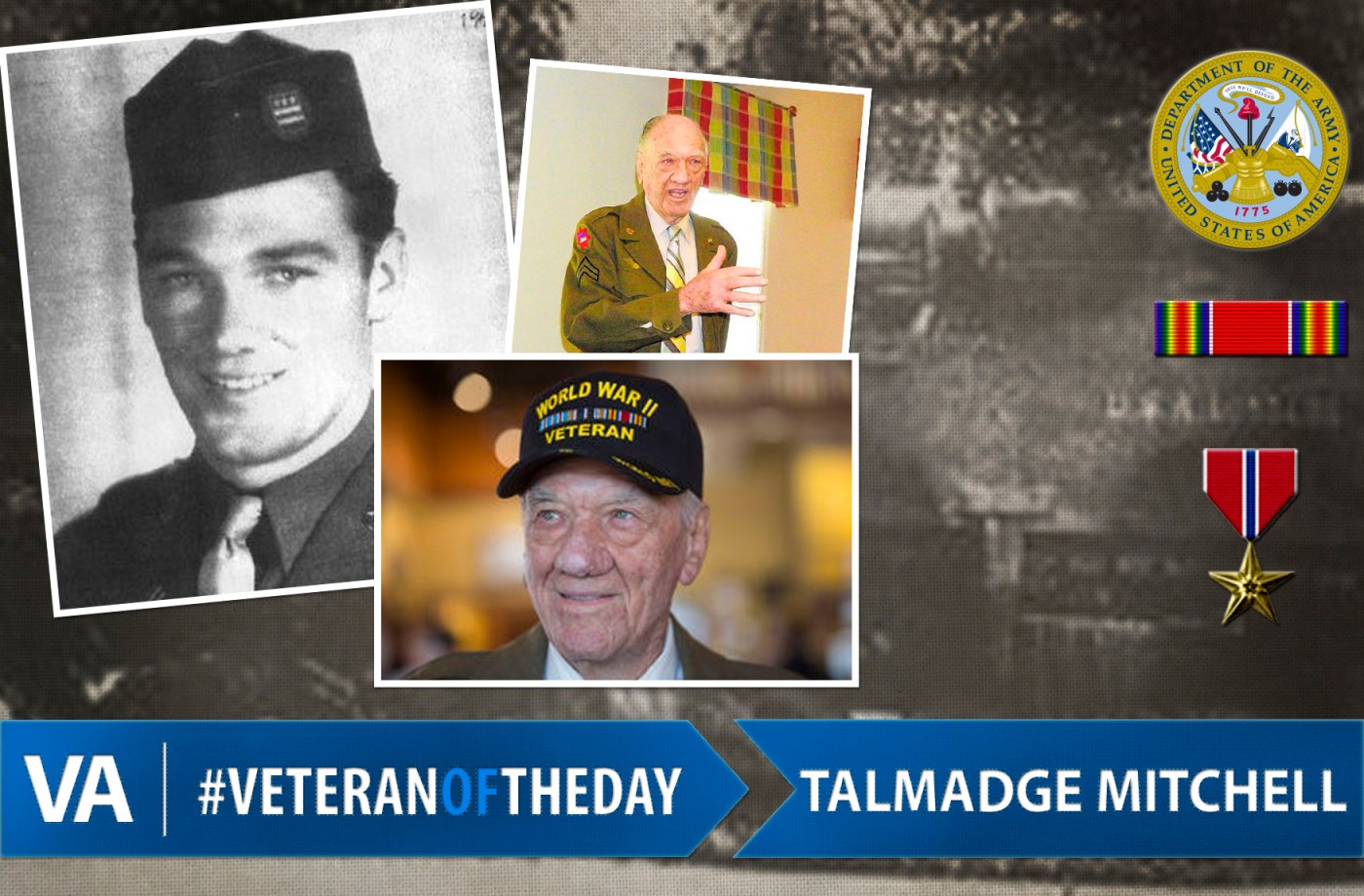 Talmadge was born and raised on a tobacco farm in Franklin County, Virginia. He was the oldest son in a family of nine children. He spent most of his childhood helping his father feed a family of 11. He worked in a dye plant, then for a plumbing, heating and roofing contractor.

On Nov. 4, 1941, Talmadge joined the Army. He served in the 991st Field Artillery Battalion. During that time, he was involved in five major battles in Normandy, northern France, Ardennes, Rhineland and Central Europe.

His unit landed on Omaha Beach on July 11, 1944, about a month after D-Day. “The third night the commander wanted to see if we could back the Germans up. We had four guns, and we shot 55,000 pounds of shells in one night,” he said. “We were on duty for 24 hours a day for nine and a half months.”

After Normandy, the battalion moved through France, crossing the Seine and Marne rivers before turning north and entering Belgium in September 1944. From there, they headed toward Aachen, a city on the Belgian-German border that was part of the Siegfried Line, a series of interconnecting German defenses. Aachen was the first German city attacked by Allied ground troops. He spent Christmas Day in the Ardennes Forest fighting in the Battle of the Bulge.

In all, Talmadge and his unit fired 500,000 pounds of shells during their nine-month campaign. Talmadge attained the rank of Corporal before being discharged on Oct. 28, 1945. He received several awards for his service, including the European African Middle Eastern Service Ribbon, American Theater Service Ribbon, American Defense Service Medal, Good Conduct Medal and the Bronze Star Medal.

In April 2015, he was one of five WWII Veterans presented with the French Legion of Honor, France’s highest honor, by Ambassador Gérard Araud for helping liberate France from the Nazis during the war. “Oh Lord, oh Lord. This smile is going to be here a long time,” Mitchell said of being inducted into the Legion of Honor. “I don’t know just how anybody stood through that [war], but the good Lord had to be with me.”

Thank you for your service, Talmadge!