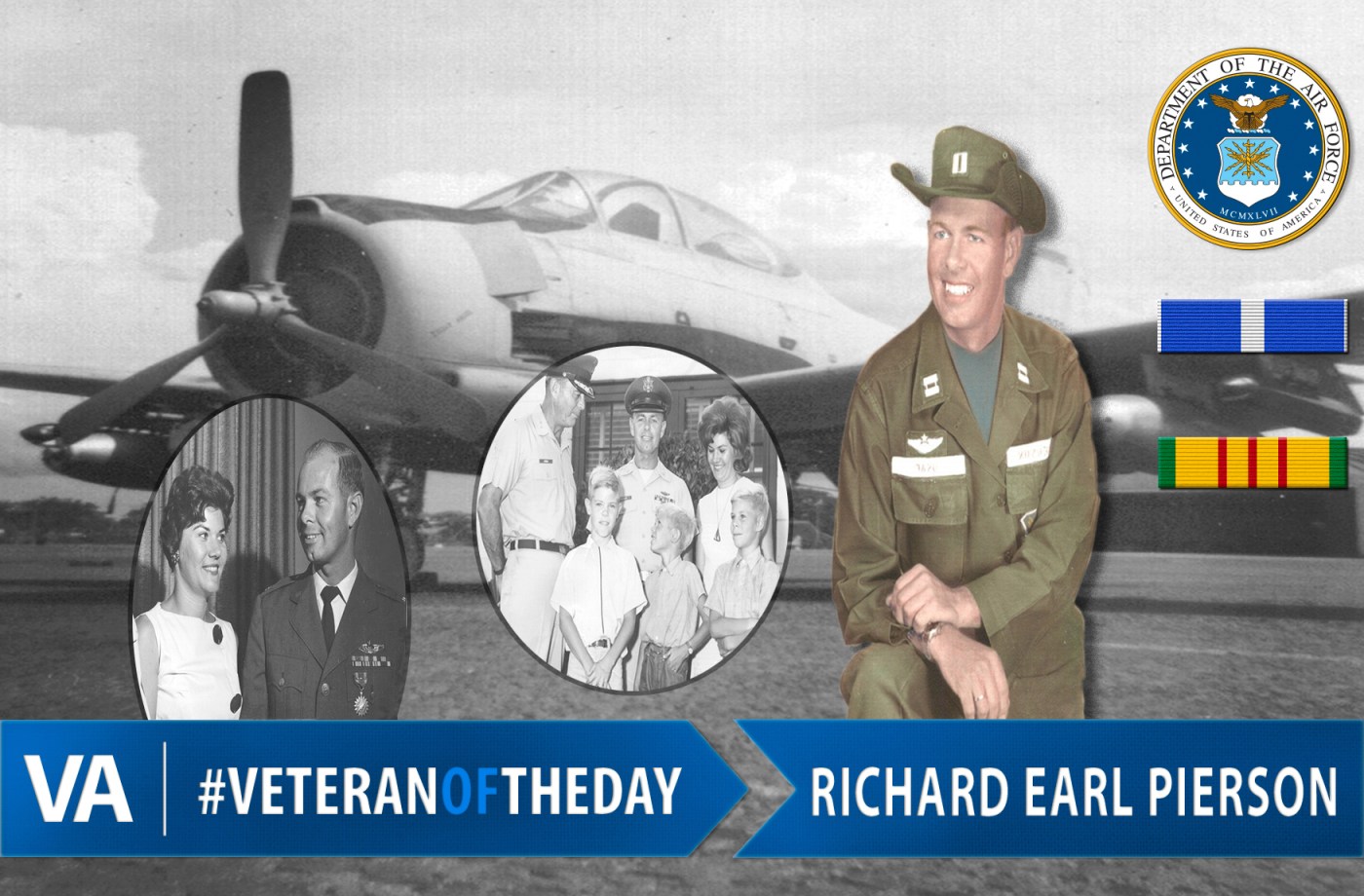 Richard Earl Pierson served in the Korean and Vietnam War. He chronicled his days as a combat pilot with the 1st Air Commando Group in Vietnam in an unpublished memoir he generously donated to the Veterans History Project. Befitting of a pilot whose view from the air is far and wide above the ground, his intricate memoir perfectly captured his personal experiences set against the backdrop of greater historical context.

Due to the Cuban Crisis, Richard was assigned as a top-secret courier at Scott Air Force Base. He wrote, “There were so many fighter planes in Florida that they were surprised the state didn’t sink into the ocean from the weight on the parking ramps.” His anger stemming from the threat of the Cuban Crisis motivated him to volunteer to fly with the Air Commandos in Vietnam.

In May 1963, Richard was deployed to Bien Hoa Air Base in South Vietnam as part of Detachment 2A of the 1st Air Commando Group. His duties included flying combat support missions and instrument training for the Vietnamese Air Force pilots. “The Air Commando AT-28s were a jack of all trades and were treated as if they could do anything and we did, true to the Air Commando motto: Anytime, Anyplace.”

Richard’s technical descriptions of his combat missions are interspersed with vibrant stories and photographs of normal daily life in Bien Hoa. A day out in town for them however still contained other challenges such as a $1000 bounty for U.S. Air Commandos. “The enemy knows we are here and personally I think I’m worth more than $1000 because I am going to do a lot more damage than that amount to them.”

With that confidence and fearlessness, Richard completed 100 combat missions in less than four months. It was a new record and earned him four Air Medals.

One of his memoir entries read:

Today makes 11 years in the Air Force for me. I don’t regret a minute of it.