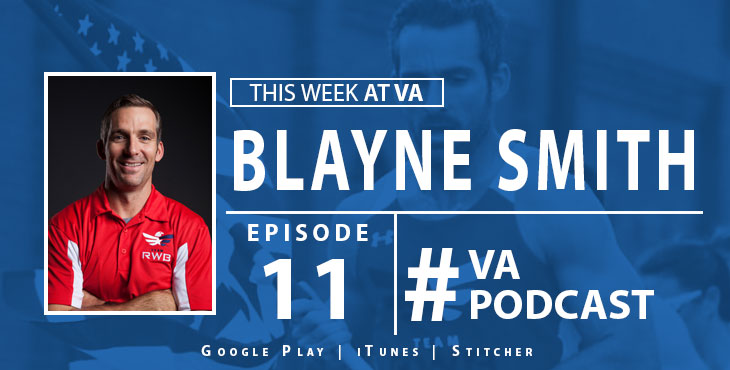 I hope everyone had a pleasant holiday and has some fun, safe plans for New Years. Our final episode of 2016 is with Blayne Smith. Blayne is an Army Veteran and currently serves as Executive Director at Team Red, White, and Blue.

Blayne works closely with Team RWB’s board members, staff, and volunteer leaders to develop and implement programs that serve veterans across the country. He provides strategic and operational guidance to the organization while building and managing key partnerships. Blayne is a West Point graduate and former Special Forces officer with combat tours in both Iraq and Afghanistan. Upon leaving the military, he worked at Quest Diagnostics while earning his MBA at the University of Florida. Blayne currently resides in Tampa with his two boys and leads the Team RWB Tampa chapter.