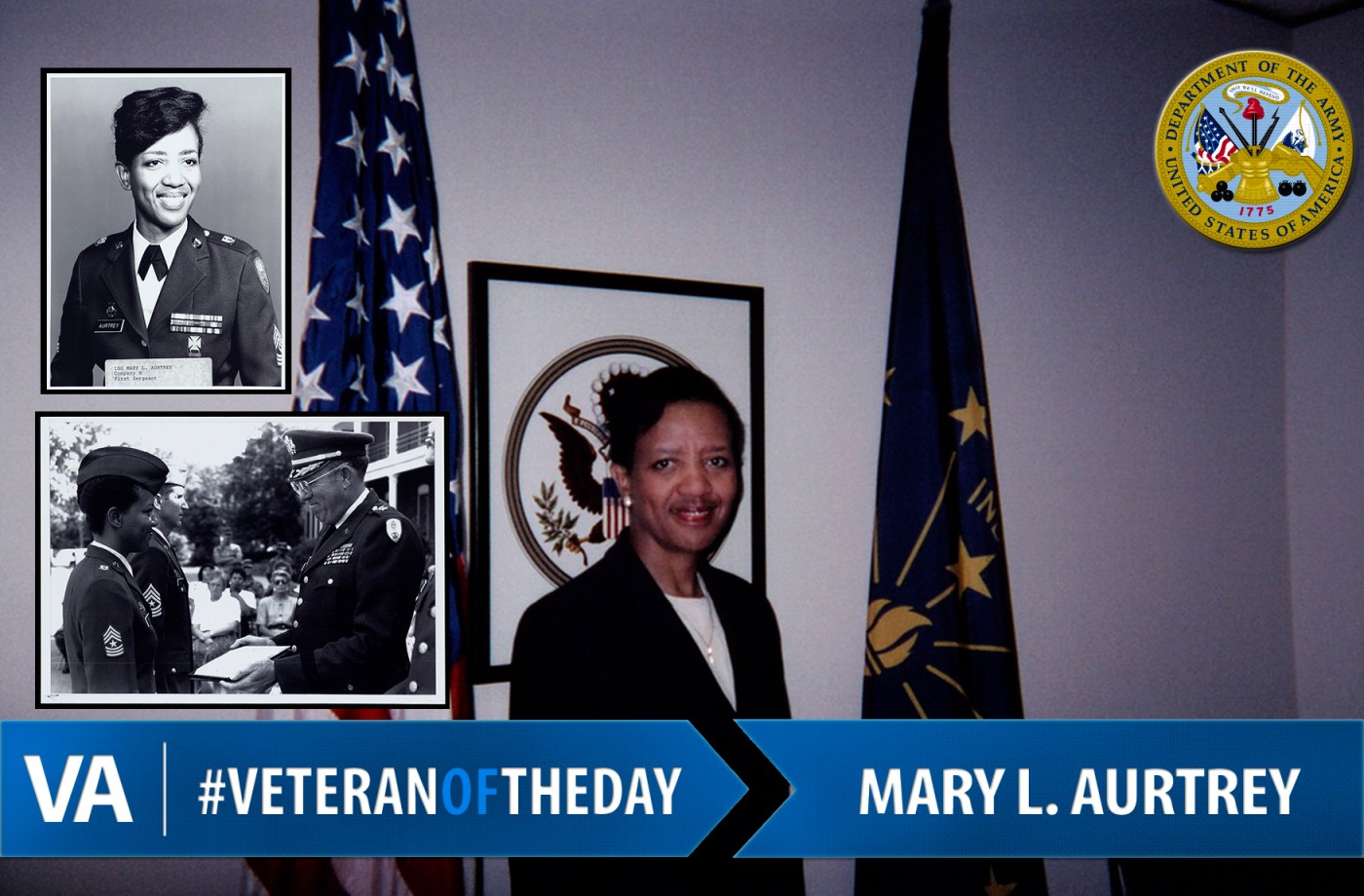 Mary was born in Maryland and lived in a small-town in Pinewood, South Carolina. After graduating from high school, she decided to enlist into the army at age 18.

For 16 weeks, Mary trained at Fort McClellan, Alabama, for both basic training and advanced individual training while specializing in typing. Upon graduating from AIT, Mary became a clerk typist in Fort Myer, Virginia, in the Office of Engineers.

Mary explained in an interview with the Veterans History Project that her role during the wars was as an administrative non-commissioned officer and stenographer for General Alexander Haig. She also worked in the military personnel department and in the general offices.

Mary’s dream to travel came true as she had the opportunity to visit South Korea, Germany and Belgium. She also met her husband of 30 years, James Aurtrey, while they were both serving in Belgium

While in the military, Mary obtained her Bachelor of Science degree from the University of Maryland. She also received her master’s degree from Ball State University.

Mary retired in Fort Benjamin Harrison in Indianapolis in July 1991. Currently, she works with American Legend, which corresponds with the military, and is a full-time employee at the Defense Finance and Accounting Center. She went back to school and received an accounting degree at Fort Harrison.