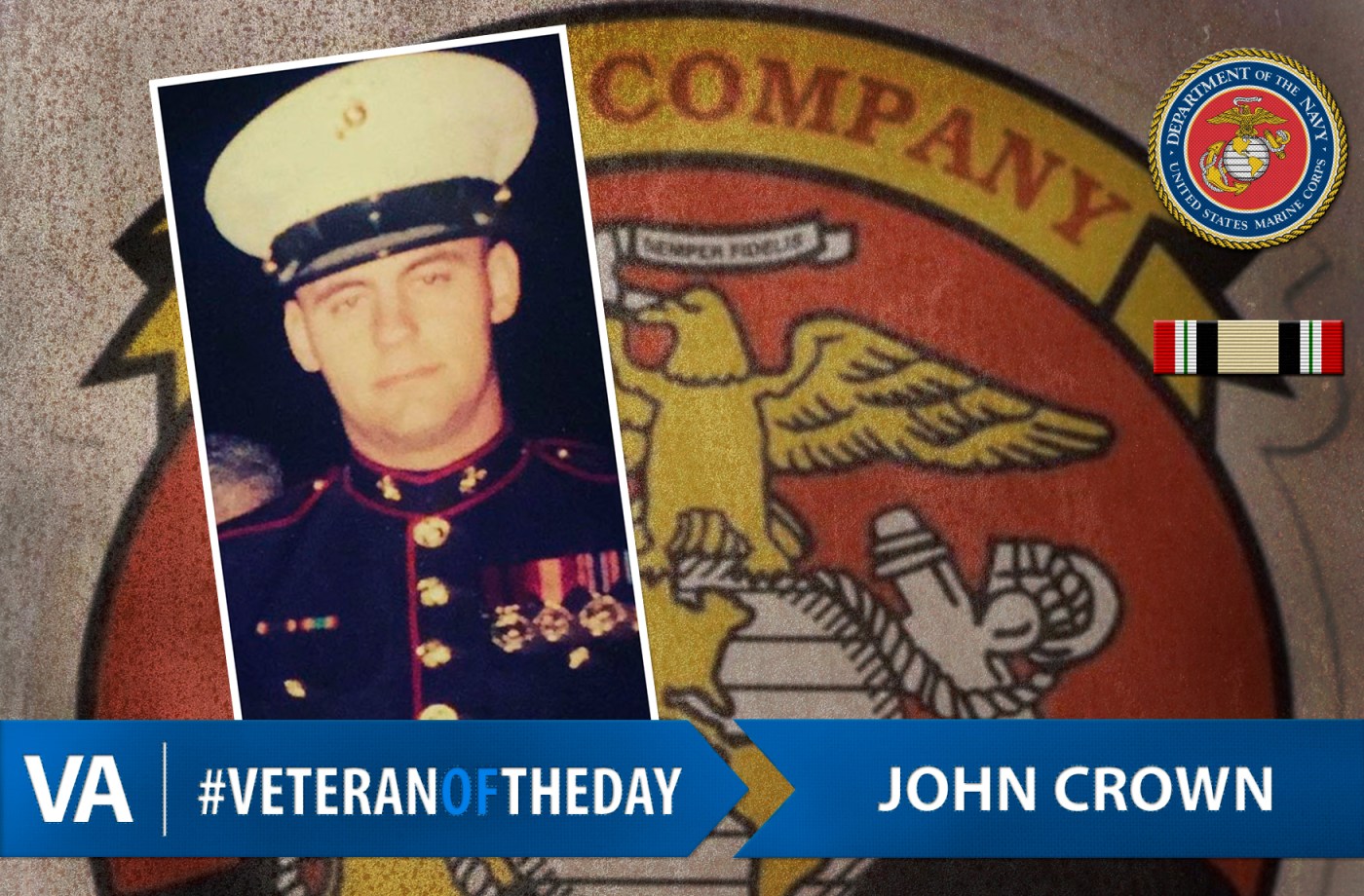 Today’s #VeteranOfTheDay is Marine Corps Veteran John Crown. John enlisted in the Marine Corps in 1998 as an Infantry Rifleman and was honorably discharged in 2008 as a staff sergeant and infantry unit leader.

John participated in two unit deployments to Okinawa, Japan. He deployed twice in support of Operation Iraqi Freedom as a CAAT team section leader in Al Anbar province, and as a rifle platoon sergeant in Diyala province. He was awarded two Navy/Marine Corps Achievement Medals during his service.

Over the course of his career he served in various frontline infantry battalions with the Marine Corps Security Forces Batallion Bangor, and the Anti-Terrorism Battalion. His final duty was as a tactics instructor with the Tactical Training & Exercise Control Group at 29 Palms, California, evaluating and mentoring combat bound units.

After his discharge John went on to use his Post-9/11 GI Bill benefits to earn his associate and bachelor degrees. He then worked for four years in the United States Senate as a legislative staffer on Veterans issues, and was the lead staffer for bills awarding the Congressional Gold Medal to the World War II Doolittle Raiders, and recognizing Gold Star fathers with federal hiring preferences.

He currently works as emergency room technician at a hospital in Baltimore in preparation for a new career in medicine.