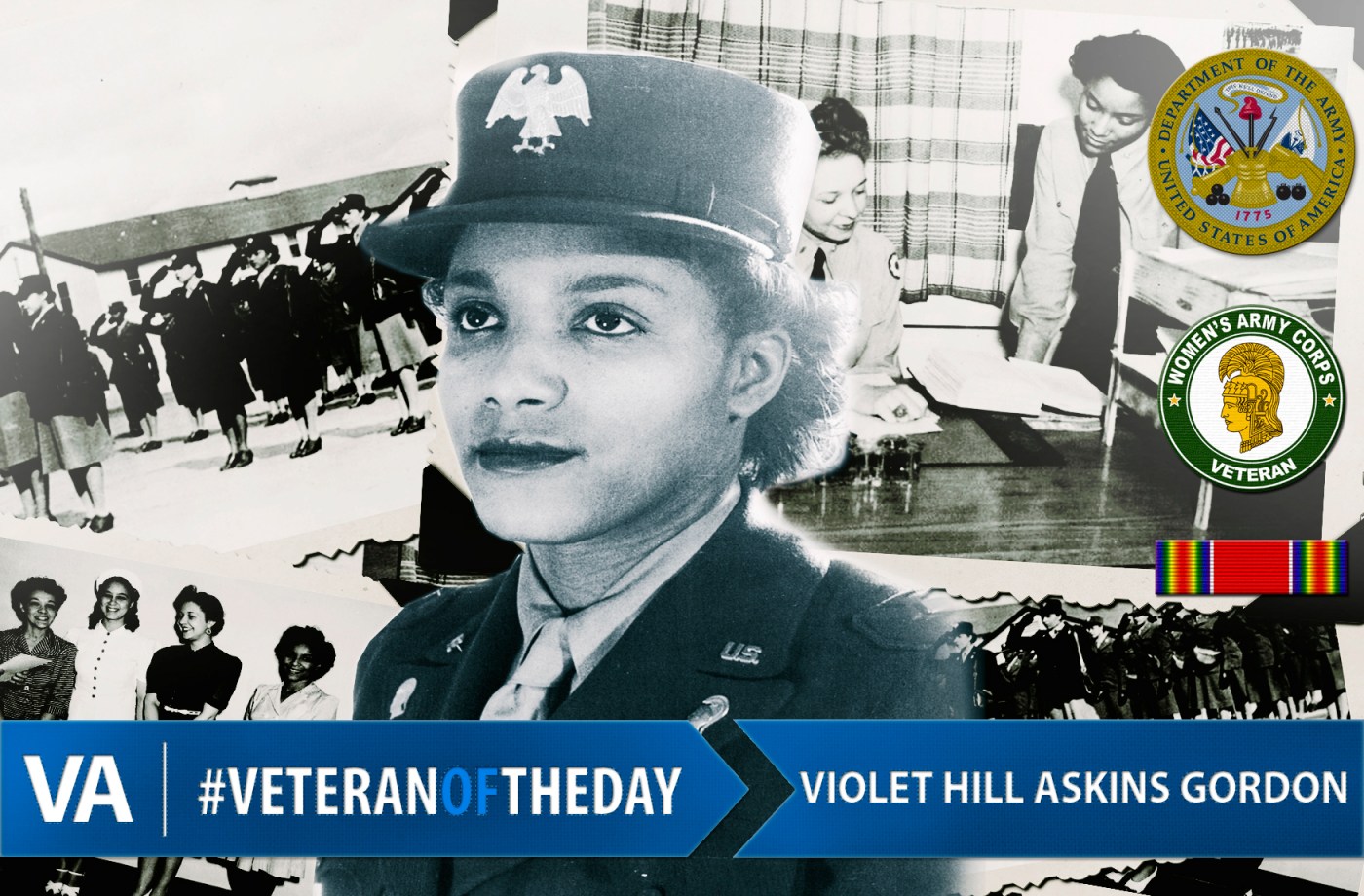 Violet was living in Chicago, Illinois, supervising stenographic pools, bored and restless, when a friend told her about the Women’s Army Corps. Violet enlisted when the first Officer Candidate class for women accepted her application.

At the end of the training period, Violet had earned the rank of Second Commanding Officer and was assigned to Fort Huachuca, Arizona, where the first detachment of African-American women for the WAC were stationed. In an interview with the Veterans History Project, Violet said it was a little nerve-wracking when they arrived. “Of course the male units that were already there knew that we were coming. There was a lot of controversy about women in the services. A lot of rumors, most of them not really very complimentary.” Fortunately, Violet said Army officers always maintained safe and appropriate order within the camps.

After Fort Huachuca, Violet and her unit became the only all African-American female unit to serve overseas in England and France during World War II. Violet believes her experiences in WAC changed her from a shy, introspective person into a leader. Violet left the service as a Captain.

Decades after her retirement, Violet went to the dedication of the Women’s Memorial in Washington, D.C. On the final day, Violet heard somebody say, “Violet?” and turned to see one of her old friends from her unit. “I had no trouble whatsoever recognizing her and obviously she had no trouble recognizing me,” Violet said. Her friend then led Violet to a group of women from her first officer’s class and unit all sitting together. Violet was overjoyed to see her old friends.

Violet remembers how happy it made her to see the women on active duty at the dedication in D.C. from all branches of the service, representing all colors, all races and all ranks. “It was something that I would have never envisioned in 1942 was right there in front of me.”

This past October, Violet celebrated her 100th birthday in Florida.

Thank you for service, Violet!