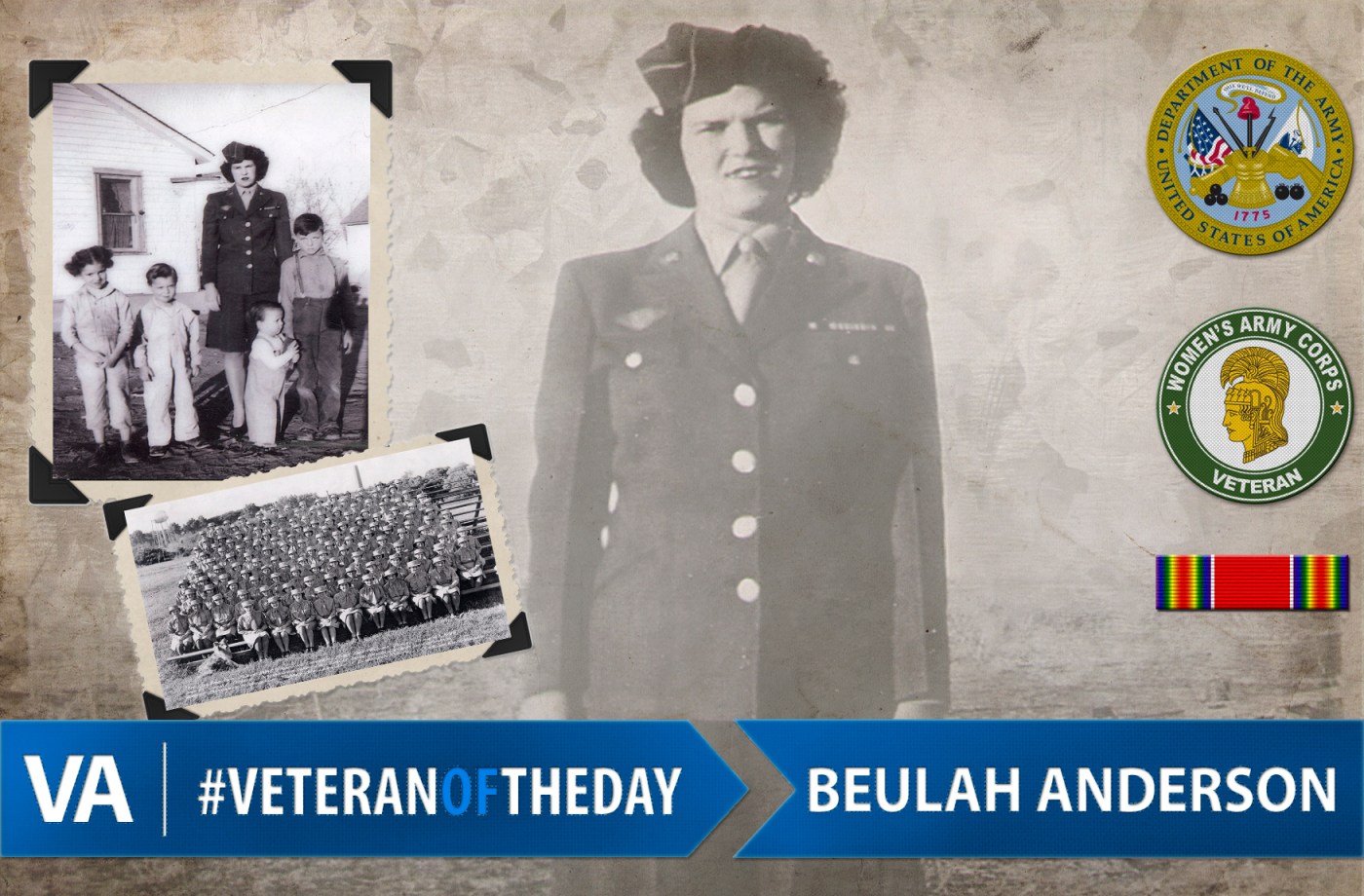 Beulah Wohlford served in Women’s Army Corps, enlisting in May 1944 as a 20 year old. She shared her story of service with the Veterans History Project in May 2003, which started when a recruiter first approached her.

“There was a lieutenant who came out from Denver, Colorado, and asked me if I would like to be in the Army, and I said, ‘I sure would,’” Beulah recalled. “I was herding sheep for my folks, and I was working out in the field, and I figured, I don’t want to do this all my life and be a farmer.”

She signed up for the Army and received six weeks basic training in Fort Des Moines, Iowa, as a supply clerk. She then went to San Bernardino, California, and worked in the warehouse on the base issuing clothing to soldiers going overseas. In 1945, she worked at the base PX, issuing rations both enlisted and officers living off base. For her service, Beulah received the American campaign medal, WWII Victory Medal, and received an honorable discharge September 1945, after 18 months of duty.

After the Army, Beulah moved back to Colorado, where she met Louie Anderson; they married in Kansas and then settled in Moab, Utah, where she lived the rest of her life.