Home / Veteran of the Day / #VeteranOfTheDay Gilbert A. Pagel 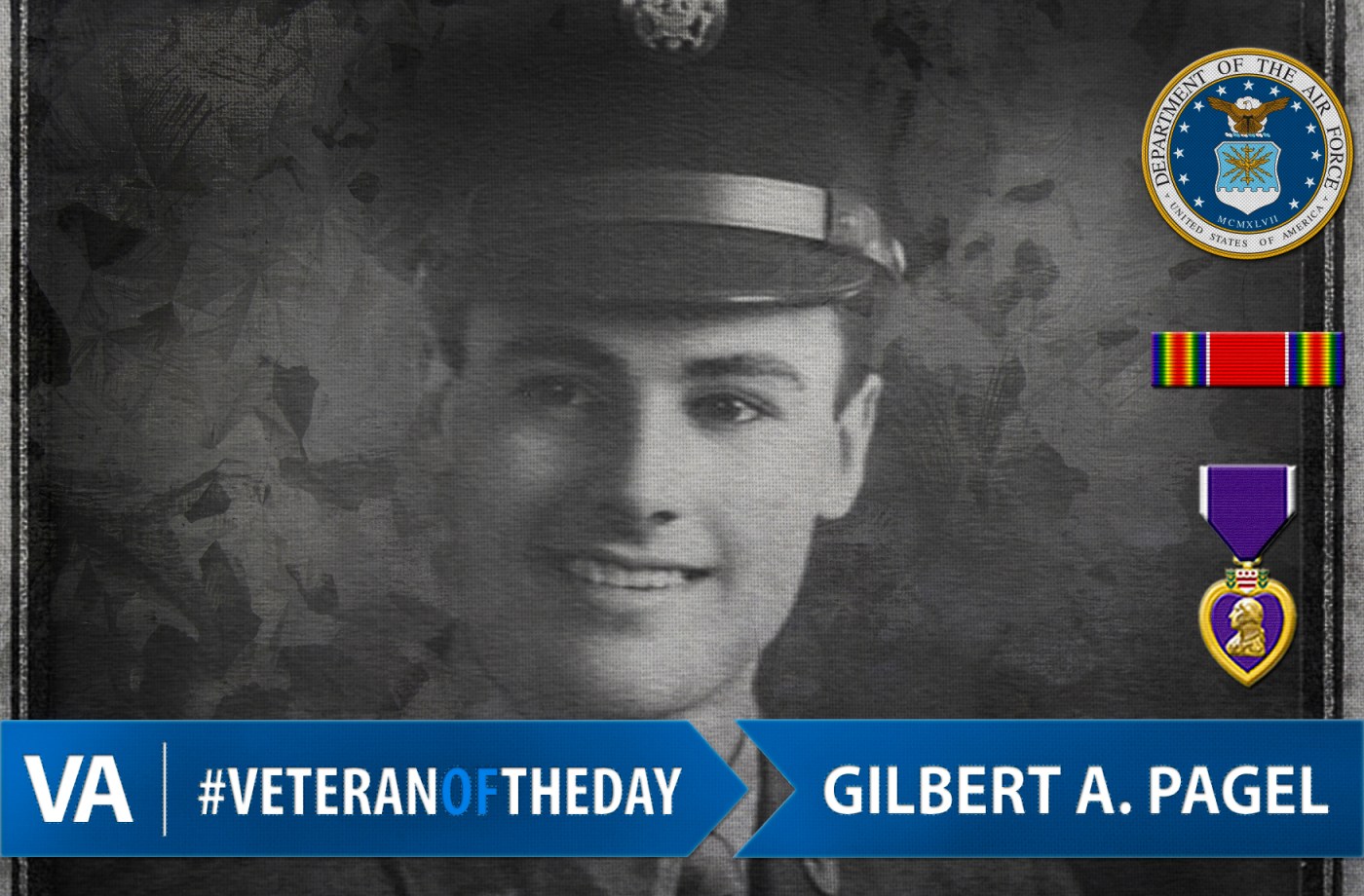 During the war, Gilbert and his unit were shot down in a B24. They were over Hungary when Gilbert was shot in the head and blown out of this seat. Luckily, Gilbert was the only one on the aircraft that wore a helmet. A cameraman onboard saw that Gilbert was still alive, put a parachute on him, and pushed him out of the plane, hoping Gilbert would wake up enough to pull the ripcord.

Gilbert landed just outside a small farming village and was taken to the town’s mayor. A local doctor was brought in and attended to Gilbert’s head as best he could. Because the Germans occupied the town, the mayor had to turn Gilbert over to them. Gilbert was sent to Stalag Luft #3 in Sagan, Germany, as a POW and was part of the march to Stalag VII A in Moosberg. He had been a POW for a little over a year when the 14th Armored Division liberated his camp on April 29, 1945

Gilbert received many awards for his service, including the European African Middle Eastern Service Ribbon with three bronze battle stars and a Purple Heart.

A dedicated wheat farmer in Colorado, Gilbert passed away in 2015 at 94 years old.

We honor for his service.