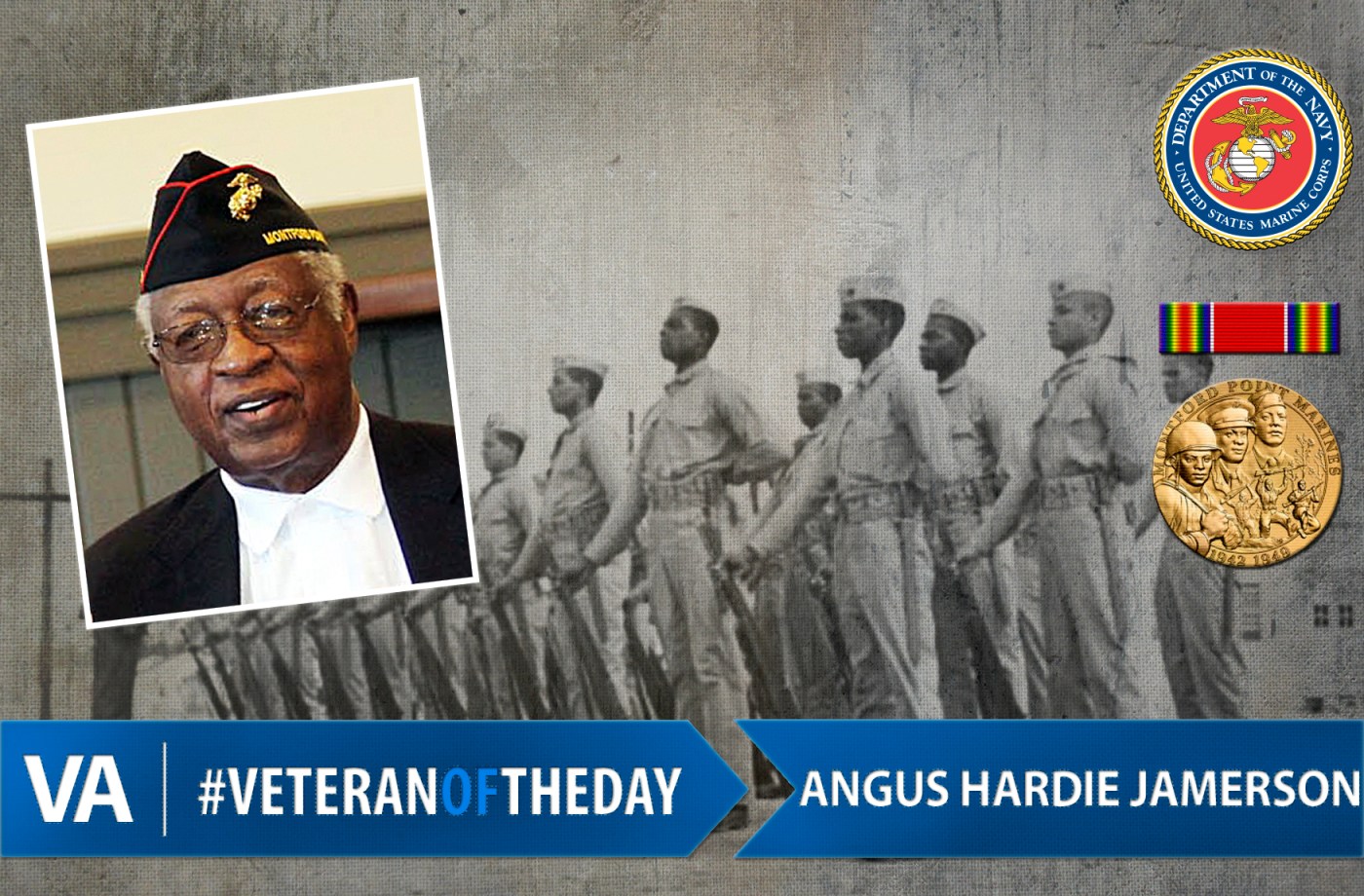 Angus Hardie Jamerson served in World War II with the Marine Corps as part of the storied “Montford Point Marines.”

Angus was just 18 years old and a student at Morehouse College when he was drafted in 1945. He was sent to training at Montford Point, then a satellite facility of Camp Lejeune.

In 2012, Angus and the other Montford Point Marines were awarded the Congressional Gold Medal for their distinguished service. He was 85 years old when he attended the ceremony to accept the Gold Medal. His wife, Doris Jamerson said “he [slept] with it for a couple of nights.”

After retiring from the Marine Corps, Angus went on to graduate from Morehouse and obtain a law degree. He later created his own cosmetics company. Angus remained involved in community service as a member of the Atlanta Chapter of the Montford Point Marine Association.

In a statement to the Associated Press, Doris said of her husband, “He started out wanting to serve and ended up making a historical difference.”